As Trump faces 2nd impeachment, a history of incitement 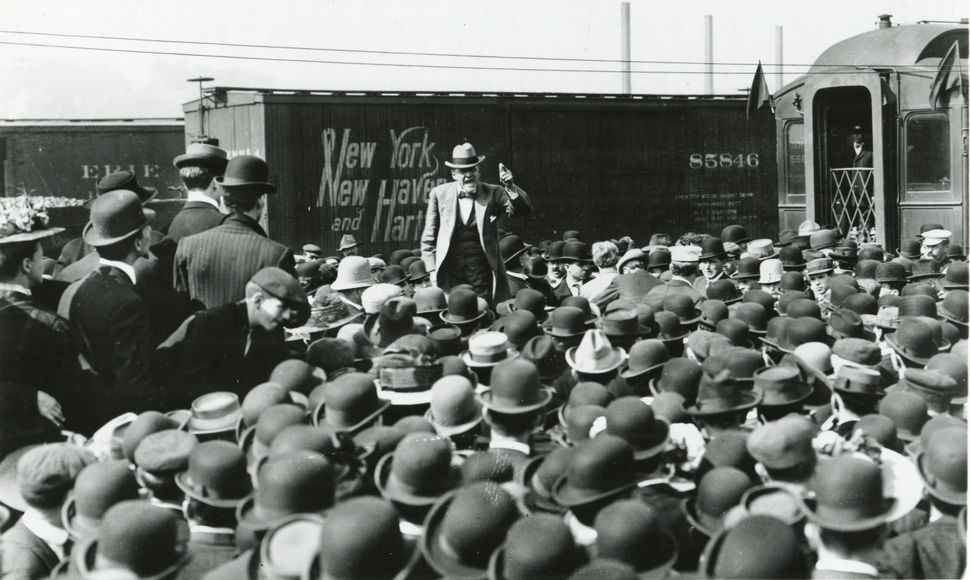 Eugene V. Debs at a campaign stop in 1908. Image by Getty/PhotoQuest/Contributor

Donald J. Trump made history on Wednesday as the first president to be impeached twice. After four years — and several decades – of saying whatever he wants, it will be a matter of speech that lands the final blow.

He is charged with incitement of insurrection for spurring on the mob that stormed the Capitol on Jan. 6, 2021. The charge of “incitement” has been deployed many times in the past, often directed at agendas far different from Trump’s.

On Sept. 12, 1918, Eugene V. Debs, the socialist presidential candidate, was convicted of attempting to incite subordination to the American armed forces and “uttering language to incite, provoke and encourage resistance to the U.S.” for an antiwar speech he delivered in a city park in Canton, Ohio.

Debs was found guilty under the 1917 Espionage Act for urging resistance to the draft.

“If war is right, let it be declared by the people,” Debs said, in a speech that was not a departure from his typical remarks. “You who have your lives to lose, you certainly, above all others, have the right to decide the momentous issue of war or peace.”

At the time of Debs’ conviction, the Forverts, which supported his platform and presidential bid, reported the news, translating the two counts of incitement as “disrupt[ing] loyalty amid the American army and navy” and “us[ing] language with the goal of an uprising against the United States and of aiding the enemy.”

“The goal of that speech in Canton wasn’t to divide the American people but rather to prepare them for the changes of our socialist lives that will bring that which we socialists consider true democracy,” Debs was quoted as saying in the Forverts. “It seems I believe in the American Constitution, that ‘guarantees freedom of speech’ to us, and that we socialists are fighting for the constitution to be upheld.”

Debs’ sentence of 10 years is now viewed by many free speech advocates and legal scholars as an attack on his First Amendment rights — he appealed under those terms, and the Supreme Court upheld his conviction. Warren G. Harding commuted his sentence in 1921. 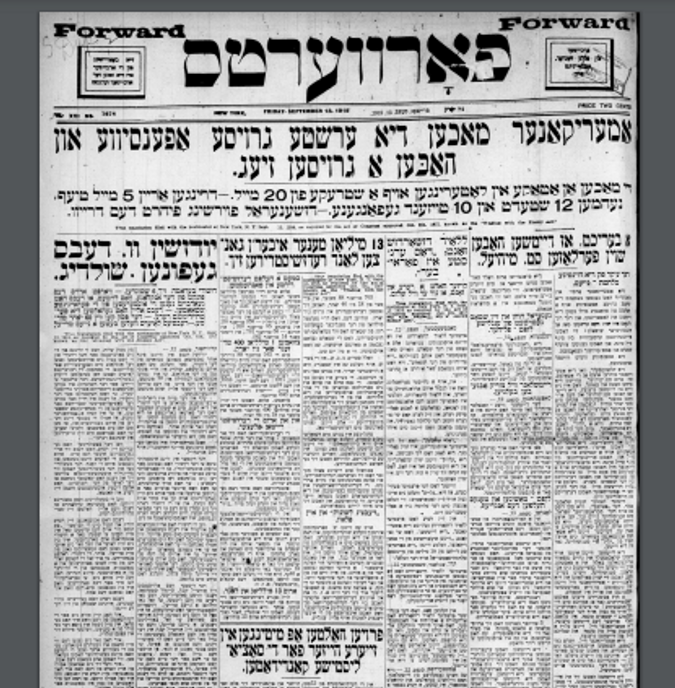 The front page of the Forverts on Sept. 13, 1918. One headline reads “Eugene V. Debs Found Guilty: Jury Deliberates for 6 Hours. Throws Out Part of Complaint that Purports Debs Worked Against the Interests of the United States. Debs Defends Himself. Sentence Would Be 60 Years Prison. Debs’ Lawyers Will Demand New Trial.” Image by the Forward

Debs’ “incitement” was an impassioned, populist and pacifist speech, but it fell well short of what was later codified into law: “incitement to imminent lawless action.”

That term, and its high standard for speech not protected by the First Amendment, came from the highest court in the land in 1969 regarding a speech delivered by Klan leader Clarence Brandenburg.

At a 1964 KKK rally, Brandenburg spoke about “revengeance” on “N—-rs and Jews,” and was charged under Ohio state law with advocating violence. The Supreme Court ruled that the “constitutional guarantees of free speech and free press do not permit a State to forbid or proscribe advocacy of the use of force or of law violation except where such advocacy is directed to inciting or producing imminent lawless action and is likely to incite or produce such action.”

In other words, to adequately incite, a speaker needs to intend to use their words to urge on illegal acts, they have to be pushing for their imminent execution, and they have to do so within a context where it was probable their suggestion would be carried out.

The same year Brandenburg v. Ohio was decided, a group of eight men were put on trial for intent to incite a riot at the 1968 Democratic National Convention. They were known as the Chicago Eight, and their treatment in court is now regarded as an infamous perversion of justice.

In Aaron Sorkin’s 2020 dramatization “The Trial of the Chicago 7,” this incitement is pivotally rendered with Tom Hayden saying, “if blood is gonna flow, let it flow all over the city,” after Chicago police clubbed his fellow organizer, Rennie Davis.

Like Debs, the Chicago Eight — sometimes called the Chicago Seven, since Black Panther co-founder Bobby Seale’s case ended in a mistrial — were protesting a war. Eddie Redmayne’s Hayden is heard to say from a bandshell, “let’s get on the streets” before a clash with the police.

Years later, in 1970, an Indiana University student and antiwar protester, Gregory Hess, was heard to say something similar in earshot of a sheriff: “We’ll take the f—king streets later.”

An Indiana state court convicted Hess for disorderly conduct, but the Supreme Court reversed the conviction in 1973, ruling that his statement “amounted to nothing more than advocacy of illegal action at some indefinite future time.”

The ruling clarified the earlier decision in Brandenburg, making it clear that incitement must present an immediate call for illegal action.

So, where does Trump fit into all this?

In a First Amendment Watch article, David L. Hudson, Jr., author of the book “First Amendment: Freedom of Speech,” details the precedents set by Brandenburg and Hess, and states that only language used by the president on Jan. 6, 2021, the day of the Capitol siege, would likely qualify for a charge of incitement under the “imminent” criteria.

“A court would have to closely parse the meaning of what he said that morning,” Hudson concluded, before citing a number of differing opinions from First Amendment experts on the merits.

What did Trump say that morning?

In the Article of Impeachment, Trump is quoted as repeating the false claim “we won this election, and we won it by a landslide.” He’s also charged with making statements that “in context, encouraged—and foreseeably resulted in—-lawless action at the Capitol such as: ‘if you don’t fight like hell, you’re not going to have a country anymore.’” (A previous draft of the article had the word “imminent” before “lawless action.”)

But Trump was more direct than these two quotes indicate — in his own, inelegant way. He told the crowd, “We’re going to the Capitol.” He said the action would give Republicans not challenging the electoral count “the kind of pride and boldness they need to take back our country.”

Whatever their intent, the words were received as marching orders. For the hundreds who breached the halls of Congress that day, pride and boldness meant violence, pandemonium and loss of life. To his captive, suggestible, incitable audience, taking back our country meant the most un-American of actions.

As Trump faces 2nd impeachment, a history of incitement