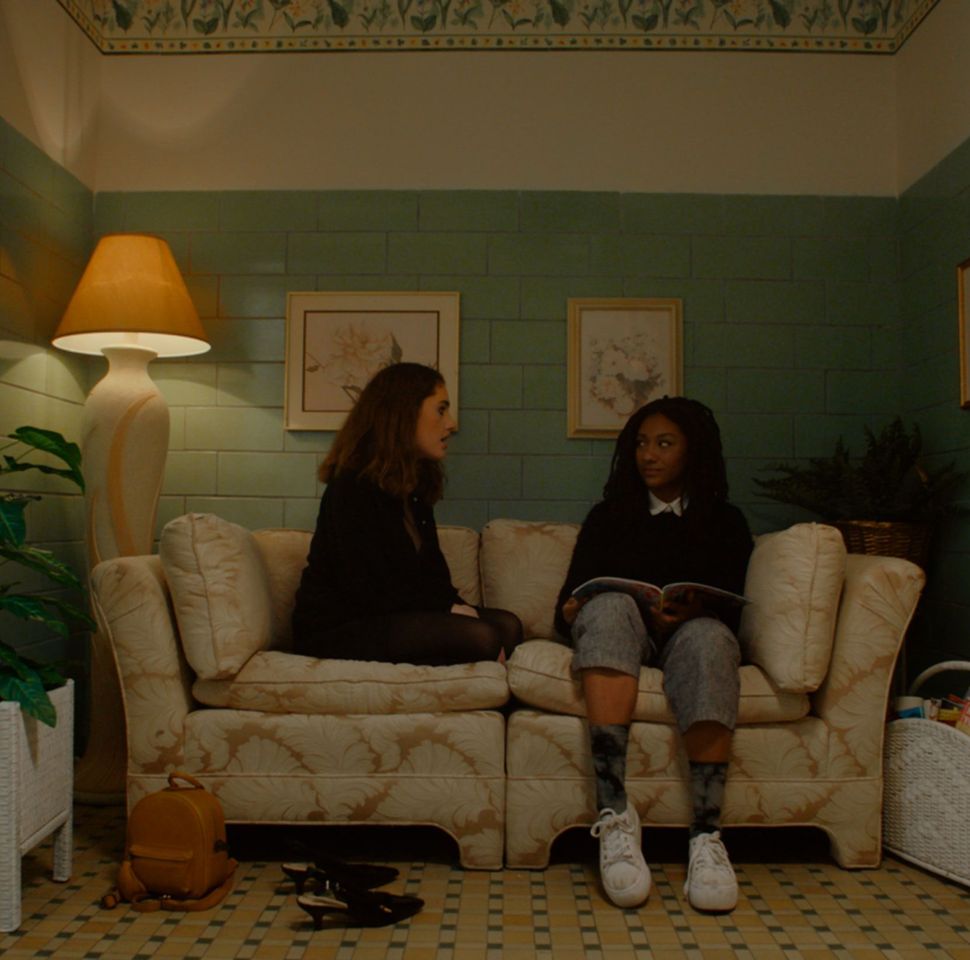 Image by Courtesy of the New York Jewish Film Festival

The most important scenes in “Tahara” take place where the best shul drama goes down: the ladies’ lounge.

Possibly the most important amenity a synagogue can offer, the ladies’ lounge features way too many wicker baskets, a selection of castoff artwork incorporating the phrase “tikkun olam” and a well-worn couch conducive to dawdling and dishing out gossip. If you’ve ever needed to ditch Hebrew school or “refresh yourself” during a lagging d’var torah, you probably recognize the ladies’ lounge and feel everlasting gratitude for its existence.

Filmmaker Olivia Peace isn’t Jewish. But when they first read the script for “Tahara,” a coming-of-age dramedy written by their Northwestern University classmate Jess Zeidman, they could visualize the ladies’ lounge right away — there was, after all, a pretty similar room in their Christian elementary school.

“Tahara,” which takes its name from an ancient Jewish ritual of pre-burial pruficiation, follows two teenage friends — Carrie (Madeline Grey DeFreece), who is Black and queer, and Hannah (Rachel Sennott), who is white and straight — as they attend the funeral of a Hebrew school classmate who died by suicide. Bleakly funny and far less sunny than typical teen fare, the film probes the psychology of two girls as they damage their friendship beyond repair.

But it also pays homage to Jewish ritual, capturing a day of mourning in all its awkwardness, despair, and hilarity. For Peace, the task entailed a crash course in Judaism. But they also brought their own adolescent memories, especially the experience of being a Black teen in a predominantly white environment, to the film. “We had a lot of connections between our own religious education and beliefs when we were teens,” Zeidman recalled in an email.

Filmed in the 1:1 aspect ratio popularized by social media apps like Instagram, Tahara takes place in Zeidman’s childhood synagogue, Temple Beth El in Rochester, New York. Tense confrontations between Carrie and Hannah played out in the exact ladies’ lounge Zeidman imagined while writing the script. The film premiered at Slamdance Film Festival in Park City, Utah in January 2020 before making the rounds of virtual festivals during the pandemic, most recently the New York Jewish Film Festival.

The Forward’s Irene Katz Connelly spoke with Peace about casting Jews of color, promoting their first feature film in the time of coronavirus and steering clear of happy endings. The following interview has been edited for length and clarity.

Tell me how you first encountered Jess’s script. 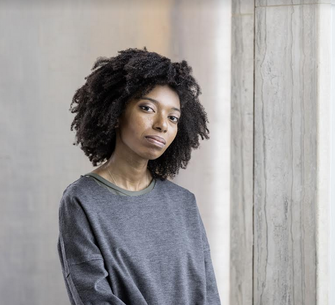 Director and filmmaker Olivia Peace made her feature debut with “Tahara.” Image by Courtesy of Olivia Peace

Both Jess and I went to Northwestern, but I didn’t know her while I was there. What happened is Jess wrote the script for “Tahara” in a class on microbudget features, and a producer in the class really connected with it. He said, “There’s only one location, not very many characters, we can make this happen.” Jess knew about my short film “Pangaea” through the Sundance process, and she messaged me on Facebook saying she had this script.

Meanwhile, I had ingested this lesson from Sundance that your first feature has to be yours, it has to be super personal, so I intended to read the script and graciously pass. But I projected the script on the wall of my apartment and did a reading with my roommate, and when we got to the scene where Hannah pops her zit in the ladies lounge, I turned to him and said, “We need to see that zit burst.” Before I knew that, I had three pages of notes to take to Jess. Our first phone call was a three-hour talk, where I told her all these different ideas and she kept saying “Yes.”

You’ve said that your upbringing was a big inspiration when it came to casting Jews of color in this film.

So I’m from Detroit, Michigan, and I went to high school in a town that has a really diverse Jewish community. So it didn’t occur to me that Judaism looked any one particular way. When I read the script, it felt obvious to me that Carrie was Black, and it was important to me to show that Judaism can look a lot of different ways. People can be born Jewish all their lives and not be white. Or they can come in through conversion.

That contrast between the conception of Jews as homogenous and the actual diverse reality comes through in the zit-popping scene you mentioned: Hannah, who is white, unthinkingly asks Carrie, who is Black, to share her concealer.

If you grow up as a person of color in a predominantly white space, a lot of times what will happen for you to be fully accepted is people will nullify what makes you different. And that’s kind of a devastating thing to experience. You think that all of you is being accepted, but little instances show you that the people around you have to erase this part of you to be your friend.

Given that you didn’t have a lot of previous experience in Jewish spaces, how did you prepare to work on this film?

There was a lot of online research. I read some books. But what really helped was talking to all these people when we got on location at Temple Beth El in Rochester, which actually is Jess’s childhood synagogue. This was just a few days after the Poway shooting in California, so it was a big deal that they would open their doors and let strangers in to shoot a movie, but they really welcomed us. The only rules were no shooting on Saturdays, and to keep kosher — so all our craft services were kosher.

Every step of the way the rabbi and two different cantors advised. They even invited us to the funeral of a really great member of the synagogue who had passed away. The whole community came together to bring realness to the film.

So you were filming in a completely operational synagogue?

Yes. The synagogue was under construction at the time, and the only thing happening was early morning prayer services. But there was a girls’ school there as well, so every once in a while little girls would come watch the film set and ask questions.

Did you learn anything about Judaism that surprised you?

I thought that the rules for funerals in the Jewish space were so sweet — to center the family in that way, and for the goal to be making things easier for the family. As well as having the space for people to come and sit with you, grieve with you.

My roommate is Jewish — he actually gave us the name of the film — and he’d keep on joking with me like, “Are you going to convert?” Because I was talking about everything I learned so much.

”Tahara” is billed as a comedy, but it’s largely about the dissolution of a long friendship, and parts of the film are quite mournful. Do you think it fits in the drama?

There are so many movies about romantic breakups, but fewer about friendship breakups. And if friends do fight, they always sort it out in the end.

I think this comes from my mom. She won’t sit through anything miserable: Once, she accidentally rented “March of the Penguins” instead of “Happy Feet,” and she left very dramatically halfway through. So I find it’s best to mix a lot of emotions, especially if you have a hard message for people.