Watch out, Hamilton. Janet Yellen’s coming for your hip-hop cred 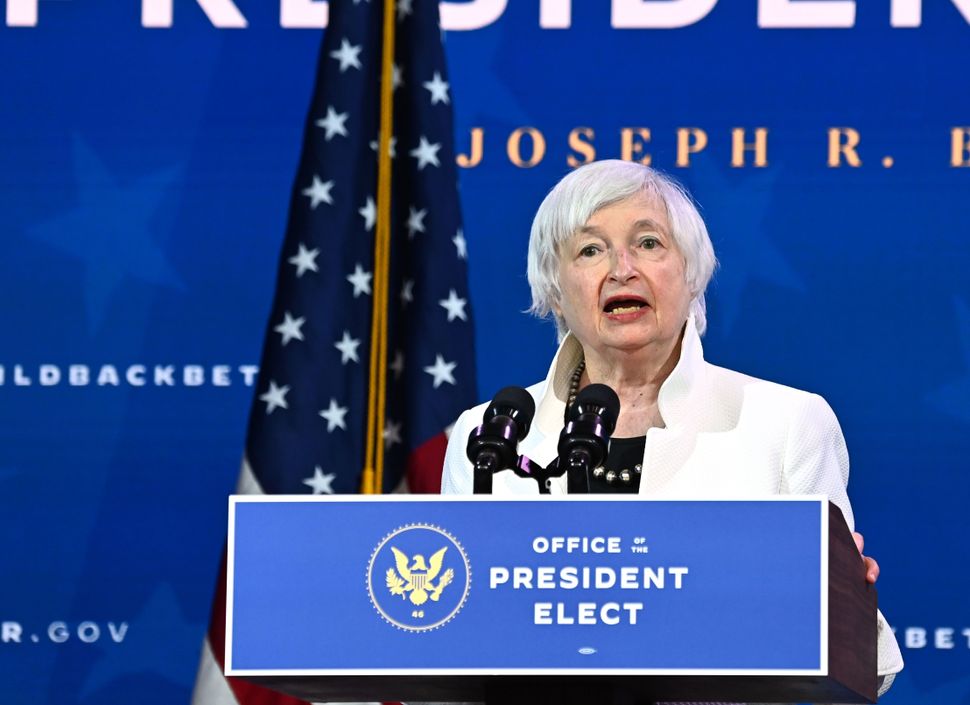 Newly-minted Treasury Secretary Janet Yellen is already a less problematic fave than Alexander Hamilton, an adulterer, elitist social climber and — despite Lin-Manuel Miranda’s protestations — a possible slave owner. But does a song about her slap? We now know: Yes.

About a week ago, Marketplace, inspired by an off-handed remark from Joe Biden, asked Dessa of the hip-hop collective Doomtree to consider what a track about Yellen’s trajectory from Bay Ridge, Brooklyn to 1500 Penn might sound like. She delivered and then some with “Who’s Yellen Now?” — a new jack swing-style paean to the “5-foot nothing” former Federal Reserve chair who can “rock a power bob.”

Where Miranda emphasized Hamilton’s overstated braggadocio, Dessa pushes Yellen’s mild-mannered approach to policy and her experience leading the Council of Economic Advisers, the Treasury and the Fed to the forefront over some electronic drum hits and disco strings. “She knows the kinda stimulus it takes to pass a buck,” Dessa sings, “I heard she called the housing crisis/She’s qualified as ffff —/It only took a couple centuries/The first female secretary of the treasury.”

The song highlights Yellen’s fiscal philosophy and doesn’t spare a dig at her predecessor Steve Mnuchin, referred to as “the Lego guy” for that time he may have violated ethics laws by plugging the “Lego Batman” movie — a film his company financed along with such other cinematic gems as “Get Hard.”

How does it stack up to “Hamilton?” Well, it’s certainly a quicker introduction and a lot easier to dance to. (Though Dessa did credit her work on the “Hamilton Mixtape” for some of the sound.)

While falling short of Miranda’s lyrical virtuosity, the song still has some clever turns of phrase. And, crucially, it has something “Hamilton,” for all its talk of raising glasses to freedom, lacks — a signature beverage.

“Lift up your mojitos,” Dessa sings, “‘Cause she manages the Mint.”

Watch out, Hamilton. Janet Yellen’s coming for your hip-hop cred