A hospital emergency in the time of COVID 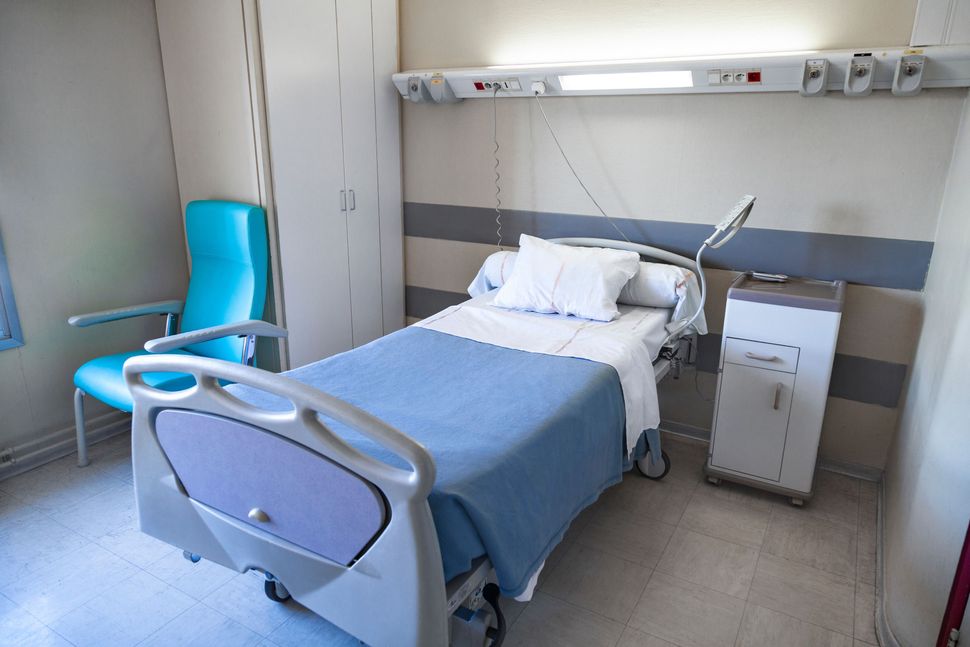 My urologist and I have an arrangement. If symptoms of urinary infection arise I am to go to his office immediately, so that he can determine the cause, and prescribe an appropriate anti-bioic so as to nip the infection in its early stages, before any real harm is done.

I dislike going to the urologist because sometimes he performs procedures that are, although necessary, not to my liking. On this particular occasion I was experiencing what I thought could be symptoms of infection but I decided to wait a bit to see if they would abate. As it turned out, it was a mistake to wait, as days later, I developed fever and began to feel weak and tired. The time for going to the doctor’s office had passed; it was time for the “Emergency Room.”

My wife called 911 and in about ten minutes, the ambulance arrived along with a blinking police car. The whole block was lit up by the vehicles and neighbors were looking out of their windows to see what was going on. The paramedics, moving briskly, entered my house, came into my bedroom and asked me a bunch of questions about what was going on. Although I was somewhat dazed, I was able to answer their questions and it was agreed that I should go to the hospital.

They brought me downstairs, and to the ambulance, in a gurney designed for such transporting movement. The ambulance was sort of like a miniature hospital room with all kinds of medical equipment. I asked for my wife and was told that she wasn’t allowed in the ambulance or hospital for reasons related to COVID. With my limited ability to think clearly, I was not only concerned with the infection that brought me to the hospital but also with the possibility that I would be exposed to the coronavirus and that those factors at my age did not provide me with a good feeling as to the outcome of my situation.

They took my blood pressure, listened to my heart and we were off to Weiler Hospital in the Bronx. Upon arrival I was removed from the ambulance in the gurney and transported to the Emergency Room where the ambulance team and turned over to the hospital staff.

The Emergency Room was bustling that evening. It was a mob scene, not enough cubicles to assign waiting patients. I had been transferred from the ambulance gurney to a hospital gurney and assigned a spot in the queue along the wall in what seemed like a railroad of patients, lying in gurneys, waiting to be seen and evaluated. There I remained for several hours and it was a difficult time to endure. Then, , I was finally seen by someone from the triage staff and an hour later, assigned a cubicle. There I was examined by a doctor and tested for COVID which proved negative. The doctor decided to admit me to the hospital.

I was hooked up to a drip stand with a plastic bag filled with medication that flowed into me via tubes and needles. Early morning, the next day I was informed that a room had become available and I would be taken there shortly. It was not long until a transportation attendant appeared and my friend, the drip stand, and I were off to my room. Upon arrival I was transferred from the gurney to a hospital bed.

I was glad to be out of the emergency section and almost happy to be in this regular hospital room. It was a semi-private room; however, the other bed was empty. We were all alone now, me and my drip stand. I appreciated the space and the quiet until I realized it was not quiet, just different sounds. Ping, ping, ping, ping. The door was ajar and I could see and feel the hustle bustle outside the room. There was an unending parade of people in blue gowns and masked faces who would appear and deposit hospital disposables in a container outside my room. They kept coming, like a swarm of giant insects, making their deposits, disappearing and replaced by more of them arriving with their deposits. It never stopped.

After a while, a group of doctors visited me. One of them examined me, did all the talking, and asked all the questions. I was told that I would need an x-ray and possibly an MRI along with various intravenous medications as treatment to deal with the infection. I felt much taken care of and that I was in the right place for my situation. At the end of the examination, the doctor told me that, because I was weak and could possibly fall, I was not to get out of bed without assistance from a nurse. He showed me the mechanism that I was to use to summon help, if needed.

The team of doctors left and I began accessing the room situation. There was a lavatory, a working TV, a bed with many different positions available, a movable table of sorts, a long thick wire at the end of which was a hand held microphone, to be used for summoning help, if needed, and the magic button that would provide the bed position of my choice.

Before the day was over I was, indeed, in need of some help. The urge to go to the bathroom came over me. I remembered what the doctor said about not getting out of bed without help so I located the call for help unit, pressed the button and a moment later I heard a voice say, “How can I help you?” I told the voice that I had to go to the bathroom and she said that she would send a nurse to my room immediately. Five minutes passed and no one showed up. I pressed the button again and waited. Finally I heard the mystery voice say “How can I help you” I explained the situation again with a bit more anxiety in my voice and she said she would tell the nurse again that I needed help to go to the bathroom.

There was a lot of noise in the corridor outside the room. It seemed like they were very busy out there, but that didn’t quiet the urge, which was getting stronger. As I was waiting and getting more and more uncomfortable, an old “Seinfeld” episode popped into my mind: the one about Jerry, who had made a reservation for a car rental at the airport and, when he showed up to get his car, he was told that they were very sorry but the car was not available. Jerry, very annoyed, explained that he had a reservation and explained to the clerk what a reservation was, that the car should be there because it was “RESERVED!”

No one showed up so I called a third time. The voice told me that she instructed the nurse to go to my room. At that point I was thinking maybe the” Seinfeld” routine could help me out with this situation. I found myself assuming the persona of Seinfeld and I said to the voice, “It seems like you know how to INSTRUCT the nurse to go to my room but you don’t seem to know how to actually PRODUCE the nurse in my room. I’m getting down to the wire here. If the nurse doesn’t come NOW, a terrible situation will arise.”

She said that she would find the nurse and personally escort her to my room immediately. In pain I said “Thank you.” A few minutes had passed, NO NURSE. The moment of decision had arrived. The choice was clear; either I go to the bathroom now or there’s going to be a bad accident. I made my choice. My drip stand, its attachments and I, started a slow and careful walk to the bathroom, arriving none too soon. I took care of business and then we slowly started the short trip back to the bed. I was feeling a welcome relief. A very difficult and unpleasant situation had been resolved. I got back into bed, with a sigh of relief, the door to the room opened, in came the nurse and she said, “OK, Mr. Berk, let’s go to the bathroom” 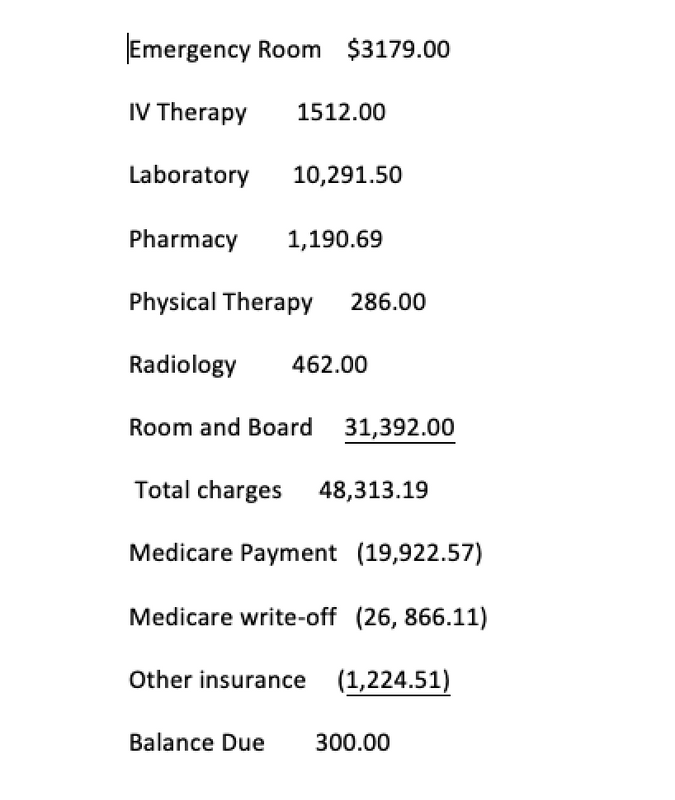 It All Adds Up: Len Berk’s bill from his hospital stay By Len Berk

The remainder of my stay, which ended three days later, was filled with IV therapy, occasional visits from various doctors, three meals a day of tasteless food, and a sense of feeling that the infection was receding and that all would be well. Several months later I received the bill from the hospital.

Len Berk worked behind the counter at Zabar’s for 26 years. He is the Forward’s lox columnist.

A hospital emergency in the time of COVID