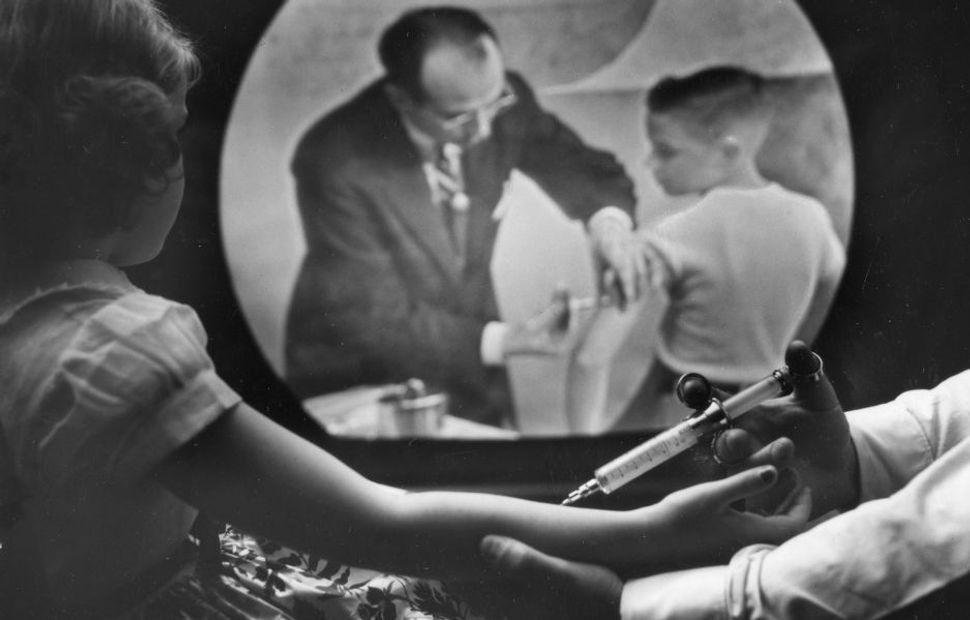 My father isn’t one to proffer childhood anecdotes, but there is one story he likes to tell: it’s about his polio vaccine.

He was in elementary school when the Sabin vaccine (named for Alfred Sabin, the Jewish scientist who developed it) became available for general use. He lived in a small Connecticut town where crowds and public pools, two common sites of polio transmission, were nonexistent. Still, he’d seen frightening photos of the “iron lung,” a ventilator used to treat children who had contracted the disease, in “picture magazines” like Life. So it was something of a relief to gather with classmates outside the town’s rectory, where local officials had laid out dozens of paper cups containing the oral vaccine. Afterwards, he remembered, everyone got a treat: orange soda.

This story always seemed like a fairytale to me, something completely distinct from the modern reality my father and I share today. But as the coronavirus vaccine has begun to roll out — albeit in fits and starts — I’ve been thinking about my father’s generation, who lived through the polio epidemic in their early lives and have now found themselves among the most vulnerable populations during a global pandemic.

So I reached out to Forward readers and asked them to share their memories of receiving the polio vaccine. Some received the first round of the Salk vaccine, which came into use in 1955; others recalled being amused by the Sabin vaccine, which debuted in 1961 and often took the appealing form of a sugar cube. Some saw friends or family contract polio. All recalled the sense of relief when the vaccine rendered the disease a fear of the past.

Below are a sample of the reflections people shared with me. These responses have been edited and condensed for clarity. 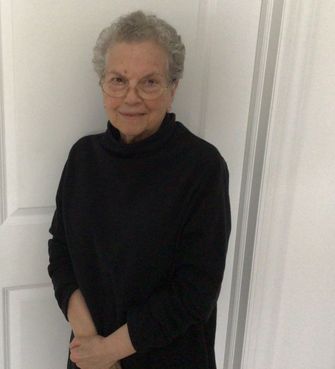 I don’t remember any restrictions because of polio, I don’t recall that it impacted my life that way, other than the reflected terror of my mother and the general population. When the vaccine came out there was no question we were going to get it. I had cousins who were physicians in Brooklyn, and I remember very clearly that after school one day my mother schlepped me there to get it. I don’t remember very much from that time, but that was nothing short of miraculous.

I also remember learning that Dr. Salk was Jewish. My parents were immigrants from Nazi Europe, and my mother’s reaction was, that made him mishpucha. One of our boys did it. It was important given the times in America, and the way that refugees from Nazi Europe probably felt their whole lives in terms of their American identity. While they loved America, there was always a question of whether America loved them. We were living in Dr. Salk’s reflected glory.

My twin brother and I were at Yeshiva Hudson County in 1954. We were in first grade, and our names were called on the PA system to leave our classroom and go to the principal’s office. They sent us home, where we found out our little brother, age three, had been rushed to Sister Kenny Hospital with polio. Someone with syringes was waiting for us in the house. We didn’t know what it was, but we were told this needle would make sure we wouldn’t get sick like my kid brother. They hadn’t yet announced the discovery of the vaccine, so I guess we were “test” cases. 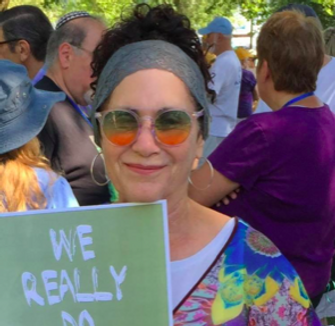 We lived in the “co-ops,” which was a Yiddish experimental community in the Bronx. It was really cool, we had our own library, and our own dance class, it was a very insulated community. So we thought, then this horrible virus polio came around. It changed us forever.

One of my classmates in the first grade died from polio. That stayed with me for a long time, that a child could die like that. And then another good friend got it, but they put her in an iron lung, and she survived. They had us taking warm baths because they thought warm baths were good. They didn’t let us go in the pools. One day, they had everyone come to the school gymnasium for the vaccine. They had these giant vaccine needles — they have nothing like that now — and they would clean it between people.

My father was a rabbi, and one Shabbat afternoon in the springtime we walked a mile to the school and stood in line. I think there were two choices of how the vaccine worked, it was either a shot or a sugar cube. I just remember being there and knowing it was important. And seeing all the little cups lined up on the table. 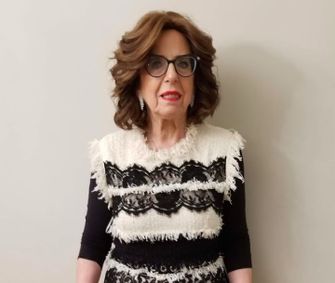 I was born in Germany, in a DP camp. When we came here, we heard about this really horrible disease. My mother was upset that we came — I was her only child. I went to Yeshiva Brooklyn. A girl in my class had polio. She had a brace to walk, and we all helped her. The rabbi said, “We’ll be getting polio shots today.” No permission, no nothing. We lined up and some medical people came, and we all got shots. When I came home, my mother was thrilled because it was free and you didn’t have to go wait. My mother told me it would protect me, and I was very happy. 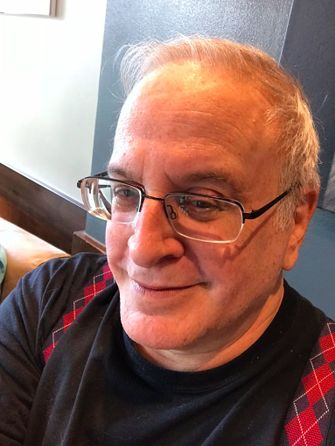 It was really very simple. We had something in Ohio called “Sagan ‘Polio Sundays.” Everyone was allowed to come to whatever center they were using to distribute the vaccine. You stood in line, and you got a sugar cube. We lived half a block from the school they were using, so one Sunday my sister and I just went and got our vaccines. We were amused that it was a sugar cube and still good for us. 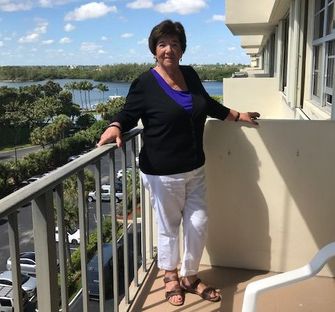 We lived in a mountain town in Czechoslovakia, and thirty miles away was a rehab center for children with polio. My parents had friends, a couple whose son contracted polio and was in the rehab center. The reason the couple found us was that we were one of two Jewish families in the town, and they were Jewish and looking for someone to stay with. I know my parents were very worried. One day a doctor came to the school and gave us all the vaccine. There wasn’t a question, “Do you want the vaccine or not?” It was mandatory. 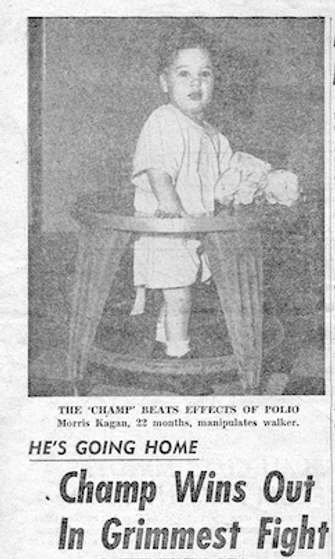 I actually had polio in 1948, but still received both vaccines when I was in grammar school. When I was put in the hospital, I did not yet speak English. My parents were survivors and I only spoke Yiddish. The separation at 18 months took its toll, due to the fact that I didn’t understand English. Fortunately, I recovered fairly well and even became a yell leader in college. 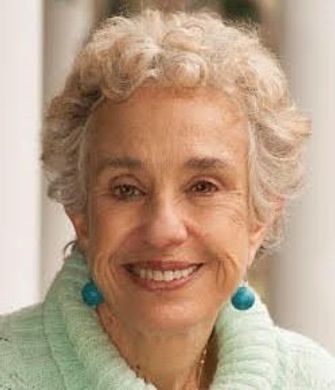 I got polio in the summer of 1949, age 8. In July, my parents took my sister and me to see “Geronimo” at a Brooklyn movie theater. I wanted to stay until the end, so I didn’t tell them that I had a terrible headache. When it was over, my father carried me to the car; I couldn’t stand up. They knew.

I spent a week at the hospital with a high fever, unable to hold a cup or sit up. That’s when you either lived or died. My mother said Sister Kenny’s hot pack treatments saved me. I hated them: wool blankets yanked out of steaming hot water and laid on top of me. That, and physical therapy, undid my paralysis. Six months after contracting the disease, on my ninth birthday, I walked into my fourth-grade classroom unaided.