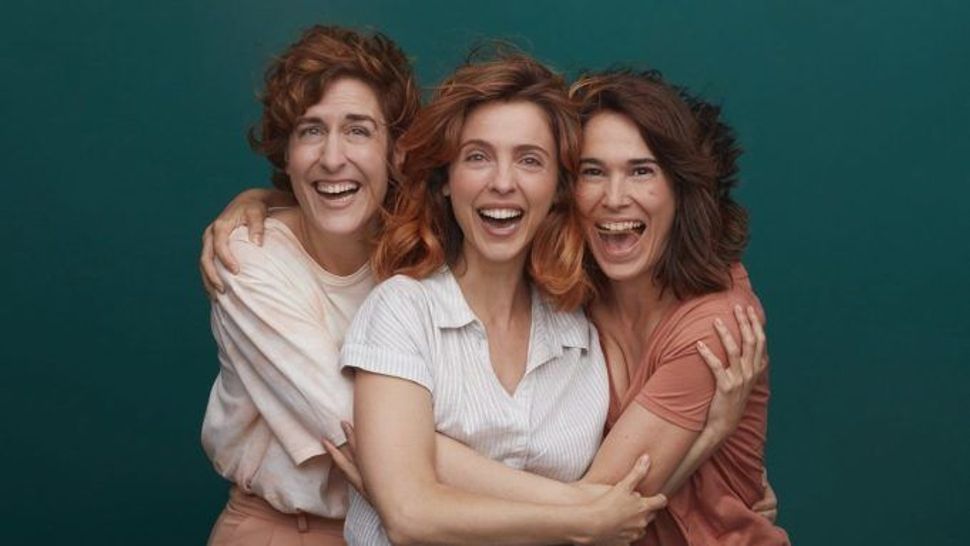 The three leading ladies of Vida Perfecta Courtesy of Moviestar+

This bawdy opening sets the stage for a show that ricochets between absurdity and gravity and is, in no way, perfect.

The Spanish-language show, set in Barcelona, follows three friends — Maria, her older sister Esther, and their friend Cristina — as they all simultaneously have a midlife crisis, or whatever one might call an existential breakdown that happens in your thirties.

Maria, the central character, is thrust into a situation that recalls the telenovela “Jane the Virgin,” though it’s a bit less far-fetched. After her breakup with Gustavo, Maria, who we are told has always been a control freak and perfectionist — she’s never changed her haircut — decides to chop her hair off, take some Ecstasy and, while high at a child’s birthday party, have sex with the gardener in the bouncy castle. Predictably, she gets pregnant.

But that’s OK — Maria wants to be a mother, and she’s willing to do it alone. The issue is that the gardener, Gari, turns out to have an intellectual disability and she needs to know if it’s genetic. Plus, Gari is Jewish, which is just as distressing to Maria as everything else.

The revelation comes when Maria, Esther and Gari drive out to tell her very Catholic parents she is pregnant when they don’t even know she has broken off her engagement.

When Gari tells her mother he is Jewish, Maria looks horrified. She asks if he’s circumcised (“You should already know that, right?” he points out) and freaks out about circumcising their son. But Gari interrupts; Judaism isn’t passed from the father, he explains. And that abruptly ends the argument; Judaism instantly becomes a nonissue.

This is pretty much how the show treats many of the delicate issues it takes on.

There’s worry about Gari’s ability to care for a child and be a father, given that he just got the go-ahead from his social worker to live without supervision himself — but it is resolved, apparently, by Gari’s good intentions and his father’s faith in him.

Cristina, who is deeply dissatisfied with her marriage and is cheating on her husband, discovers he’s been cheating too. But since they’ve both done it, apparently they’re even and everything is fine; they seal the deal by having sex on the roof of their kid’s school. Cristina’s complaints about her marriage and the distribution of parenting responsibilities are not addressed.

And Maria, whose fiancé left her because she was such a control freak — what happens to her when her life totally falls apart? Well, she handles it flawlessly, communicating bluntly about her issues and seeking help when she needs it. She changes overnight into a flexible, competent, adventurous woman. All she needed was some MDMA and an accidental baby.

The show, which is streaming on HBOMax, was crowned Best Series at the Canneseries Festival, where its three leads also won the Special Performance award, and there is plenty to like about it. The trust between Maria and Gari, and the amount of responsibility Gari takes on, stands in contrast to most pop culture depictions of people with disabilities. Plus the show is funny and raunchy and blunt about the realities of pregnancy.

“Vida Perfecta” poses complex, important questions on what a meaningful life looks like. It just doesn’t answer them. But perhaps that’s the point — there’s no such thing as a perfect life.

Mira Fox is a fellow at the Forward. Contact her at [email protected] or find her on Twitter @miraefox.