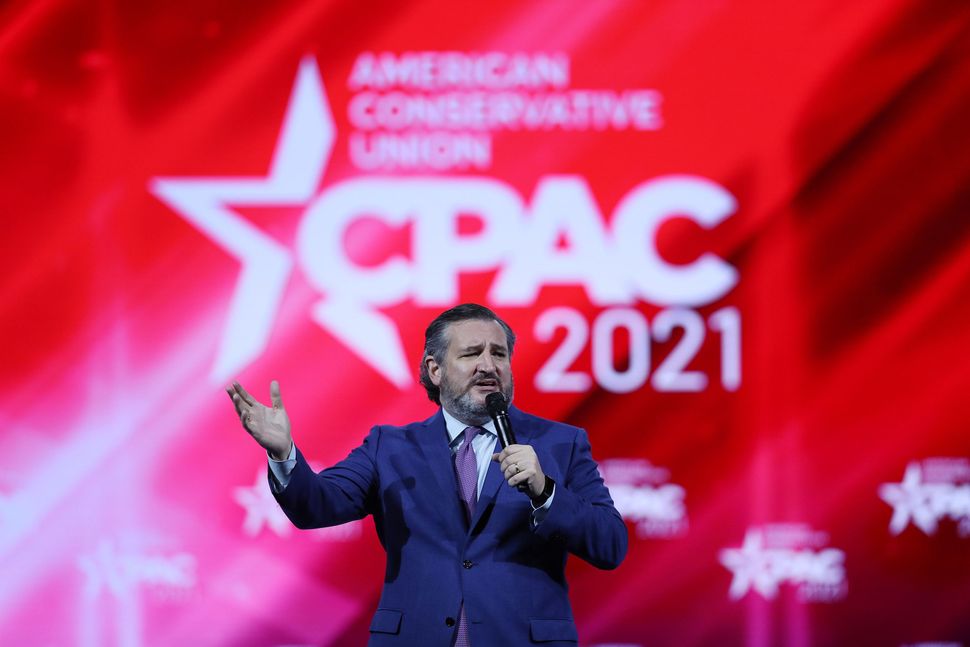 Ted Cruz is once again having a totally normal one.

After the latest in a series of questionable Hollywood metaphors — this time invoking “Star Wars” — the senator from Texas wrapped a speech at CPAC by invoking the immortal death cry of Scottish freedom fighter William Wallace. Really, he was just quoting Mel Gibson, which is never a good look.

“Mark my words, 2022 is going to be a fantastic election year, as is 2024, as we stand together and defend liberty, defend the Constitution, defend the Bill of Rights of every American,” Cruz said in a Howard Dean-esque display of yelling. He ended by saying, “In the immortal words of William Wallace ‘FREEDOM!’”

A few problems. Depending on who you ask, William Wallace’s primary language was either courtly Norman French or Early Scots/Middle English. In the latter case the word is “fredom.” The French is “liberté.” So there is some doubt as to what the real Wallace would have screamed at the moment of his grizzly execution as depicted in “Braveheart.” Thankfully, we don’t really need to consider last words at all if we’re going by history.

The reason? The actual Wallace had just been disemboweled at the moment of his death and so couldn’t speak, much less do so with gusto! We get you might still be hazy from the Cancun airport lounge piña coladas, Senator Cruz, but that seems like a pretty important detail.

Why not say what you mean then and cite Mel? Or the character Mel created based on the historical figure who wouldn’t have worn a kilt or done most of the stuff he did in the film.

You’re not cancelling Gibson. Are you, Ted?