The indescribable pleasures of grandfatherhood 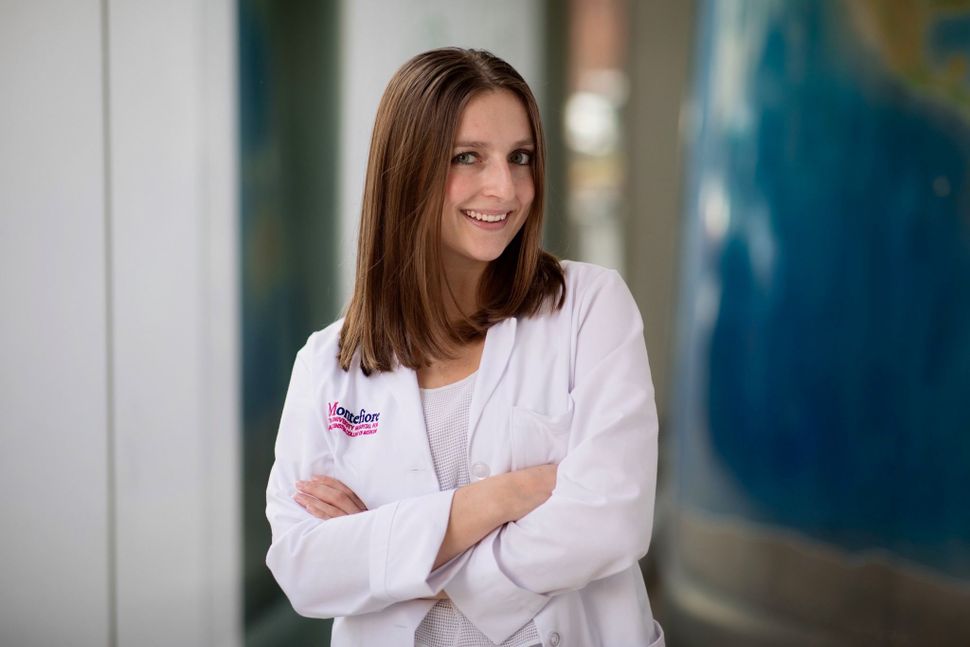 Her features were feminine to a fault and of perfect symmetry. Short, dark brown hair, with kind of a Mohawk frill atop, delicate fingers, straight as an arrow, and the cutest curly tongue I had ever seen.

What amazed me most was that she was in the room at all when I arrived and that within ten seconds Ellen handed her to me with the most loving casualness, and apparent utter confidence, that the baby was in good hands. To have that little baby stretched out on my right forearm, with her head resting firmly in the cupped palm of my left hand, was like a miracle. No time to worry if I remembered how to hold a baby, no less a newborn. There she was, my first grandchild, my first granddaughter, in my arms, no more than a few hours old. No one even hinted at taking her back. It was hard to believe. What a coup.

So there we were, for the first time, just the two of us. Others in the room faded as I zoomed in on her for the next hour and a half. I took her all in, studying her wholeness, as well as her individual features, as though they were separate from her. I talked to her, walked with her, sang to her, caressed her puffy little cheeks with my pinky, and planted gentle kisses on her little “keppele” and imitated those scrunched up faces she made. It all came so naturally and easy to me.

And of one thing there was no doubt; I could have held 10,000 babies that day, but only this one could have sent the flood of feelings through me that whispered “GRANDPA.”

I’m on the Long island Expressway, in heavy traffic, on my way to my first babysitting operation. It’s gonna be just Robin and me. Exciting!

She is standing almost at the door, a calm baby in her arms, and apparently looking to leave ASAP. “She’s just about finished with this (showing me a bottle of milk with about one ounce left), I don’t know if she’ll take any more. There’s one bottle in the fridge and another on the counter; that should do it.” She heads for the door to leave while I make some fast calculations in my head. As she says “bye,” I interrupt with “El, that’s only two bottles and if she eats every two hours it won’t be enough.”

Ellen was the calmest mother I ever did see.

I gently placed Robin in her carriage, fastened her well, and started our walk toward Long Island Sound, which was a few blocks away. She was lying in the carriage and from her position she was able to see some treetops and a blue sky.

When we arrived at the Sound, I found a street that paralleled the water and walked that route, stopping occasionally. Once I took Robin out of the carriage, and I held her in a position so that she could see the shoreline and the water. She looked intently at the scene. Then, back in the carriage to continue our walk. When we arrived home I put Robin in her crib. She was fidgeting and making baby sounds. I picked her up once and we both faced a mirror. I wondered what was going on in that little head when confronted with her own image for the first time. She made some delicious sounds and occasionally grinned with an open mouth. I think I was far more entertained by her than she was over my antics. Ellen came home, Robin was sleeping, and I went home.

When April, 1997 arrives, she’s about three years old. Her father, now a doctor, is doing a residency in Iowa City, and Robin and her parents are in a rented apartment.

I didn’t see much of Robin during that period except for one time I recall she and Ellen came to New York to visit us.

I picked them up at the airport. When Robin spotted me, she ran toward me, leaped into my arms and gave me a wonderful hug. She remembered me — a great beginning. When we arrived home, it didn’t take long before she knew all the nooks and crannies of our house.

Her favorite thing was being naked and with this found freedom she was able to jump up and down on our bed as though it was a trampoline. She was as graceful as an Olympic gymnast (in grandpa’s eyes) especially when she L-shaped her body and landed squarely on her butt, with the cutest bounce.

Almost every morning she’d sit on my lap and help me eat my “Pamplemouse” (Grapefruit). “We sharing,” she would say.

We went to the circus, the Botanical Gardens and the Bronx Zoo. She loved the falling leaves, would pick them off the ground and talk about their shapes and sizes. They were very mysterious to her.

During this time I composed “The Grandpa Song” which I sang at the drop of a hat. It goes like this:

She liked the song and tried to sing it but didn’t get too far. As you can see, It was a real tongue twister.

She felt that life revolved around her; what she saw, how she felt, where she went, what she wore. She would help you if you asked her to — nicely, that is, but didn’t take kindly to any firmly delivered “don’ts.” Anything she liked doing or seeing was always accompanied with her exclamation, “It’s not over.”

She loved Zabar’s Nova. One night, before bedtime, I opened four different pints of Zabar’s ices and we sampled them all. She didn’t like the dense chocolate one. She was very, very bossy. If you did something she didn’t like, she would say “Hey” in a reprimanding voice. She hated nap time and bedtime but they rejuvenated her. When she hugged you, you knew that you were thoroughly hugged.

She loved the “swings,” the higher, the better. She never walked, she pranced. The way she said “Grandpa” melted me, through and through.

Once, when we were in Hampton Bays, I took her to Cor-J’s to show her their display of fresh fish, but when we arrived , it was too late, the fish were gone, so I took her into the big refrigerated room where she saw where the fish spent the night. Then we went to the ocean and saw the waves. One morning we had breakfast at the “Pancake Cottage” with my grandson, Sammy Berk, who lived in Hampton Bays at that time. “Smiling Sammy Berk” seemed to be able to steal the show without much effort and she didn’t like that, not at all.

She did many things alone; coloring, watching TV, playing with toys. She focused and concentrated intently and adjusted well to her surroundings.

As do all good things come to an end, so did her visit to New York. I drove them to the airport, where she said a casual goodbye, waving and turning as she dissolved into all the travelers walking to the gate. She was gone, again.

The years passed. Several (six) new grandchildren appeared on the scene. Now I had seven of them, each one special and unique. I love them all.

Robin was the first” She made me a “Grandpa,” taught me how to be a grandpa and prepared me for those who came after her. There’s something special about being the first.

Now, 26 years after it all started (being a grandpa, that is), Robin has a new name: DR. ROBIN BERK, MD, of the Albert Einstein College of Medicine.

She is following in her father’s footsteps.

The indescribable pleasures of grandfatherhood