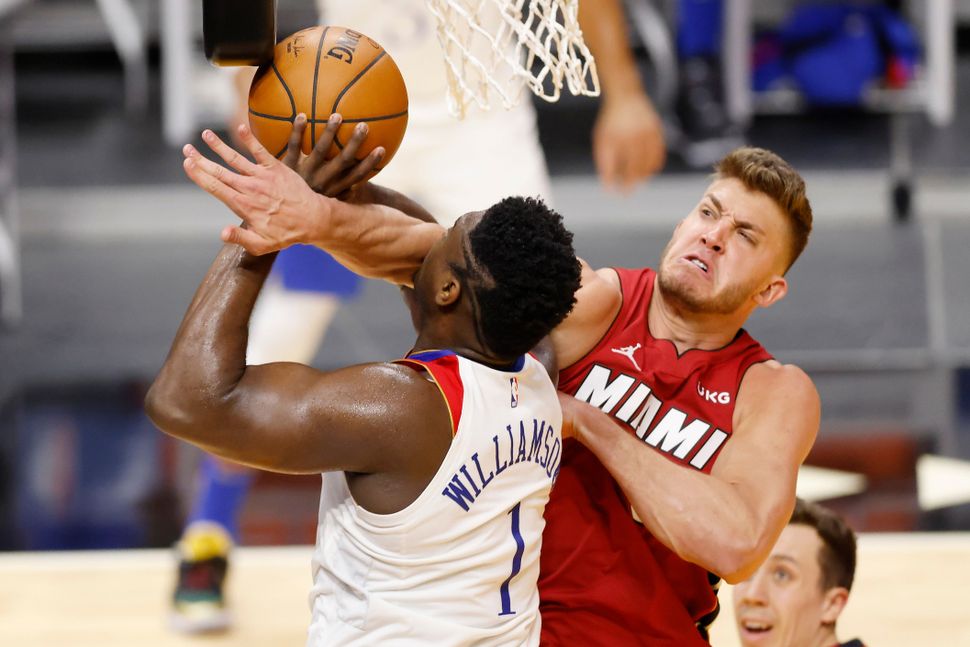 Everyone knows what the word “kike” means, but not everyone agrees on where the word comes from. That mystery is back in the headlines with yet another viral use of the slur — this time, it was NBA player Meyers Leonard who unleashed the word during a heated gaming moment.

“Dictionaries prefer to say that its origin is unknown, which is right but uninspiring,” Anatoly Liberman wrote on the Oxford English Dictionary blog in 2009, as part of a series he did on ethnic slurs.

And to make matters more complex, the OED was unable to officially identify any uses of “kike” before 1904. That means we move to the world of theories.

One intriguing theory is that “kike” comes from Yiddish. In the “Joys of Yiddish,” Leo Rosten notes that the word kike “was born on Ellis Island when there were Jewish migrants who were also illiterate (or could not use Latin alphabet letters. When asked to sign the entry-forms with the customary “X”, the Jewish immigrants would refuse, because they associated an X with the cross of Christianity.”

Instead, Jewish immigrants “drew a circle as the signature on the entry-forms.”

“The Yiddish word for “circle” is kikel (pronounced KY – kel), and for “little circle,” kikeleh. Before long the immigration inspectors were calling anyone who signed with an ‘O’ instead of an ‘X’ a kikel or kikeleh or kikee or, finally and succinctly, kike.”

Philip Cowen, editor of “The American Hebrew,” agreed, writing that “kike” comes from the Yiddish word kikel, or, circle, and that Ellis Island immigration inspectors started calling Jews who used a circle “kikels” and that the term was shortened to “kike” with time.

I was charmed by Liberman’s rebuttal of this theory in his Oxford English Dictionary Blog. “Could the English speaking officials on Ellis Island isolate one Yiddish word in the speech of the Jewish people they dealt with, use it mockingly, and make it famous? I am afraid that we have here an example of the rich Ellis Island folklore that produced a Jew Shaun Ferguson and a Chinese man Sam Ting.”

That skepticism leads observers like Liberman to consider the origin in Europe, not America. And though Liberman, author of “Word Origins And How We Know Them,” considers other theories, he is not convinced by any of them. But his forays still make fascinating reading.

“Another derivation traces Kike to the name Hayyim, transcribed in German as Chaim. Kaim* (“Jew”) was recorded in mid-18th-century German cant. Then, we are told, “since Jewish speakers took the -im of Kaim as a plural ending in Hebrew, they created a new singular kai [an asterisk designates reconstructed, as opposed to attested, forms], which by reduplication gave the form *ki-ki,” later simplified to Kike,” Liberman writes.

“It is hard to understand why Jewish speakers mistook the last syllable of the name they must have known for centuries for a plural ending. Would any English-speaker identify the final –s of *Rose with a plural ending? And how did the reduplication arise?”

Jews in early 20th-century America heard the word “kike’ often, and they had their own ideas on the term’s origins.

A letter to a newspaper editor of “The American Israelite” on July 23,1914 may offer clues — and bv then, the slur “kike” was everywhere. “It seems probable that drummers [that is, traveling salesmen] called the Russian Jew, who unable to sign his name in English made his hand mark in the form of the traditional Kykala [a diminutive form of Kaykl], a Kyke. The term undoubtedly originated as drummer slang,” a letter-writer wrote.

Drummer slang — hard to prove right now, but interesting to think about.

Then there is the theory that English speakers in the U.K. are the root of it. “The Encyclopedia of Swearing: Social History of Oaths, Profanity, Foul Language, and Ethnic Slurs in the English Speaking World” by Geoffrey Hughes says that in 1864, speakers in the U.K. took the common Hebrew name “Isaac” and transformed it into the derogatory slur “kike.”

And of course, some blame Jews themselves for the slur. They claim that Jews themselves called other Jews “kikes” — and this applied in particular to Jews speaking about poorer and more desperate Jews from the East, or ostjuden, who were much maligned by better-off and more “cultured” German Jews.

In “Our Crowd: The Great Jewish Families of New York,” the 1967 bestseller which looked at the Jewish upper class, Stephen Birmingham suggests that “because many Russian [Jewish] names ended in ‘ki’, they were called ‘kikes’ — a German Jewish contribution to the American vernacular. The name then proceeded to be co-opted by non-Jews as it gained prominence in its usage in society, and was later used as a general derogatory slur.”

“One theory is that Irish immigrants to the United States first used the slur, perhaps based on the Gaelic word “ciabhóg” (pronounced k’i’óg), meaning forelock, sidelock; a person adorned with a forelock or sidelock, referencing the peyos of Orthodox Jews,” writes Sarah Bunin Benor, Professor of Contemporary Jewish Studies and Linguistics at Hebrew Union College-Jewish Institute of Religion in Los Angeles

“Despite methodological problems with this dictionary, this etymology seems plausible. Some early recorded uses of “kike” are in writings by Irish Americans and in dialogue of Irish Americans interacting with Jews: McCardell’s 1904 book ‘Show Girl & Friends’ and a 1912 McClure’s Magazine article about a baseball game with Irish and Jewish teammates,” Benor notes.

Interestingly, the dictionary definition of the word “Jew” has been the subject of lawsuits, and “kike” eventually became part of that controversy — so it’s important to note that dictionaries only go so far and have at best limited credibility here.

In 1973, an Associated Press story reprinted in The New York Times reported on a lawsuit by Marcus Shloimovitz, a 67-year-old textile merchant, objecting to one of the Oxford English Dictionary’s definitions of a “Jew” as someone who “drives a hard bargain.”

The OED editor at the time, one R. W. Burchfield,,refused to remove it, and he was then criticized for his stance by other dictionary editors—who brought “kike” into the conversation. I was astonished by these two paragraphs in the Associated Press report, reprinted in The New York Times in 1973:

“He [Burchfield] criticized David B. Guralnik, editor in chief of the Second College Edition of Webster’s New World Dictionary, who suggested that words such as “dago,” “wop” and “kike” should be excluded from dictionaries.”

“Webster’s Third New International Dictionary, unabridged, carries four definitions for the noun “Jew.” The final one is “a person believed to drive a hard bargain.” A verb form is defined: “to cheat by sharp business practice — usually taken to be offensive.”

It’s incredible to realize that as late as 1973, this was the Webster’s definition. And that Oxford not only defined “Jew” as someone driving a hard bargain, but had its editor talking to the press and the courts to defend that definition. And maybe Oxford has learned to say less not more when possible—the Oxford learner’s dictionary says simply that “kike” is “a very offensive word for a Jew.”

Let’s leave it at that.