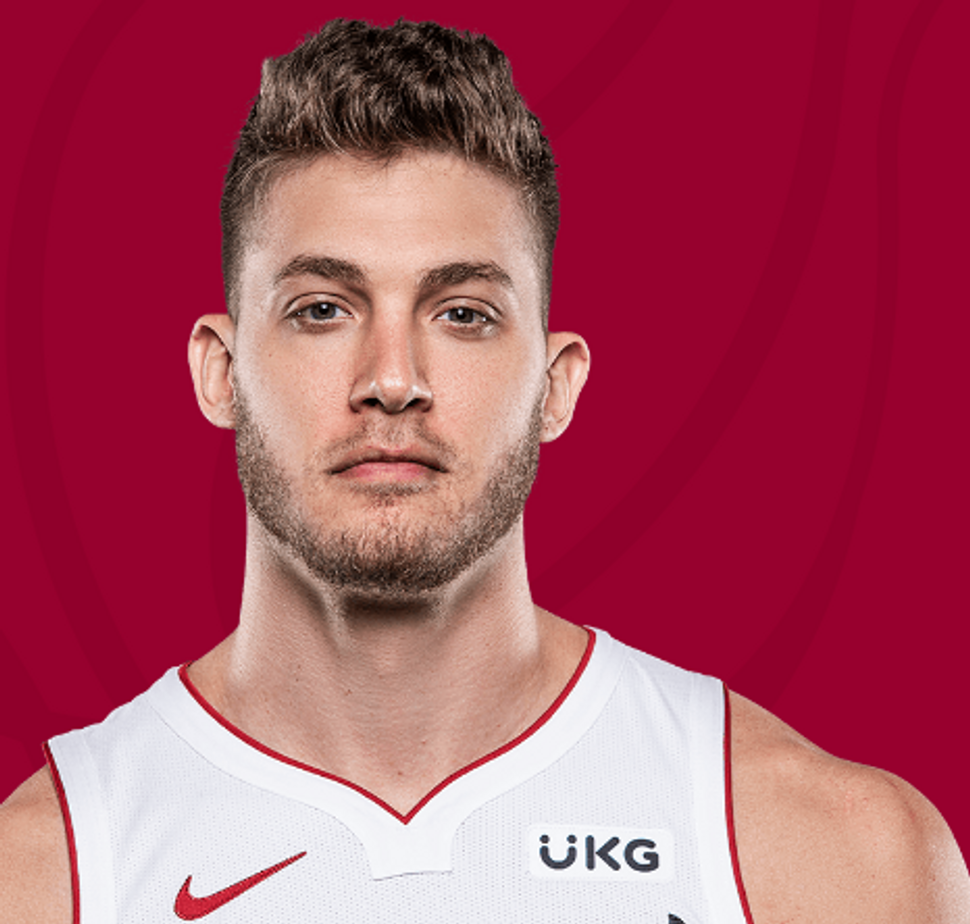 An NBA player blurted out an antisemitic slur during a live-stream of a first-person shooter video game on Monday, creating a jarring new category in the canon of professional athletes who have made antisemitic remarks in the past year.

Meyers Leonard, a nine-year pro who plays center for the Miami Heat, directed the slur toward a player who was shooting at him in the video game “Call of Duty,” which he was broadcasting on the platform Twitch.

In the midst of the play, Leonard directed a string of expletives at the player, ending with “you f—-ing kike bitch.” The player he was streaming with laughed.

A video of the moment has been watched 350,000 times on Twitter in the first hour it was posted on Tuesday afternoon.

We are shocked and disappointed to see @MeyersLeonard use this ugly, offensive #antisemitic slur.
We have reached out to the @MiamiHEAT and @NBA about this and urge Mr. Leonard to issue an apology immediately for this egregious and hateful rhetoric. https://t.co/gFLTHZeODS

The remark adds to the list of professional athletes targeting Jewish people since the racial justice movement following the death of George Floyd.

But Leonard’s hate speech was not a matter of tropes or Farrakhan-adjacent conspiracy theories that originated in a desire for Black empowerment. It was a slur, spoken by a white athlete who declined to join his NBA peers in their symbolic protest against systemic racism.

Leonard, 29, made headlines earlier in the year for standing during the national anthem while his teammates kneeled in protest of police brutality. In a lengthy Instagram post, he attributed his opposition to his brother’s service in the military.

“I STAND. I STAND FOR the men and women, like my brother who have served this country,” he said in the caption, adding, “I STAND against bigotry, racism, and hate.”

Before the company cut ties with him on Tuesday, Leonard created content for FaZe Clan, an eSports organization, which is why he was streaming the war-style video game for a live audience on Monday. Later in the recording, after the Twitch chat filled with people commenting on the slur, Leonard cut the stream short.

“Yo, my wife needs me,” he said before ending it, according to the sports blog Defector.com. “She just called me, I gotta roll brother. GGs.”

In a statement posted by NBA reporter Shams Charania on Twitter at 7:38 PM on Tuesday, Leonard apologized for the slur.

“I am deeply sorry for using an anti-Semitic slur during a livestream yesterday,” the statement read. “While I didn’t know what the word meant at the time, my ignorance about its history and how offensive it is to the Jewish community is absolutely not an excuse. I was just wrong.”

The Miami Heat did not respond to a request for comment prior to publication, though a team spokesman told the South Florida Sentinel’s Ira Winderman that the team — whose owner, Mickey Arison, is Jewish — was aware of the incident. NBA spokesman Mike Bass said Tuesday afternoon that the league was reviewing the video.

There is a Jewish player in the NBA, rookie forward Deni Avdija, whose Washington Wizards coach spoke to the media as part of regularly scheduled availability Tuesday evening.

Head coach Scott Brooks said he had not seen the video, but had heard about the incident and condemned the language as “totally unacceptable.”

But he did not plan on speaking to the team or to Avdija about the incident, feeling confident that “our players know better.”

I asked Scott Brooks to comment on Meyers Leonard’s antisemitic slur. He said he hadn’t seen the video, but read what happened. “Unacceptable. Totally unacceptable. I think our players know better…I’m sure the league will do the right thing and address it.”

Robin Lopez said re Meyers Leonard slur, “That’s an ugly word, there’s no getting around it, there’s no apologizing for that.”

Avdija was not made available by the Wizards public relations team.

Blowback for Leonard’s comments were harsh. FaZe Clan and two gaming sponsors cut ties with Leonard on Tuesday in statements that deplored the use of the slur.

In newly released statements, FaZe Clan, ORIGINPC, and SCUF have announced they have ended their partnerships with Meyers Leonard. pic.twitter.com/ShyOLpHXwJ

Robert Flom, managing editor of the LA Clippers blog 213Hoops.com, said the Heat should release Leonard as a consequence for his actions.

Crazy that Meyers Leonard reached that deeply into the bag for that anti-Semitic slur.

I’ve heard a ton of anti-Semitic comments over the years and was even asked if I had horns in middle school, but never heard that saying outside of like movies.

He should be cut immediately

Zito Madu, formerly of the sports website SBNation, said Leonard’s remarks revealed a part of his vocabulary that was there all along.

Meyers Leonard put a little too much emphasis on that word. He paused, considered numerous options, and settled on that.

This story will be updated as new information comes in.