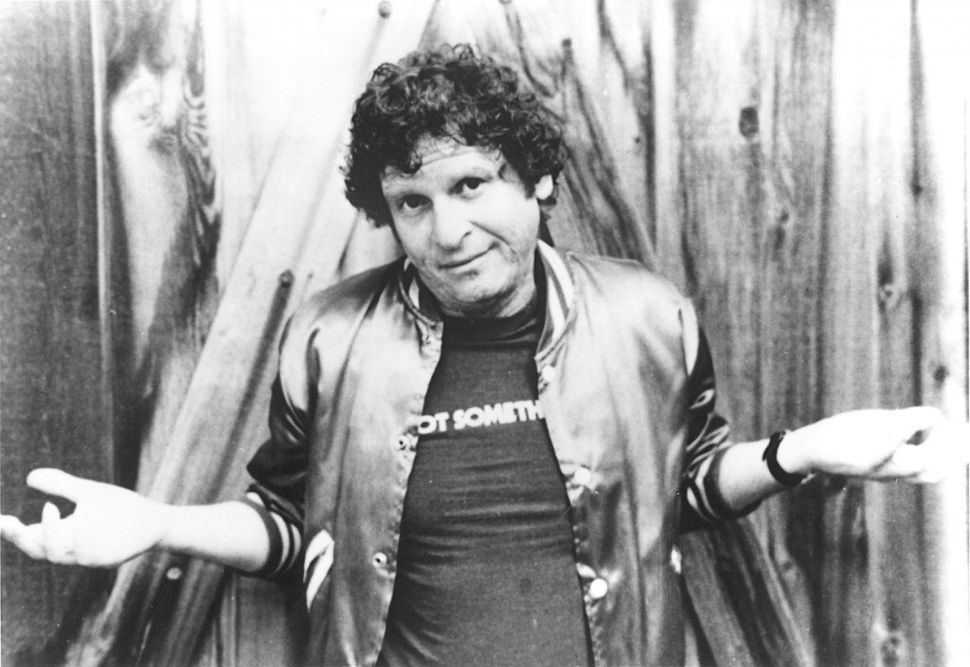 Revolutionary Satirist: Krassner was an unindicted co-conspirator at the trial of the Chicago 7. Courtesy of The Paul Krassner Archive

The political upheaval of the 1960s is certainly having a moment in Hollywood. Among the films up for the best picture Oscar are “Judas and the Black Messiah” and “The Trial of the Chicago 7.” And, of course, Best Supporting Actor nominations went to Daniel Kaluuya for his portrayal of the murdered Black Panther Fred Hampton and Sacha Baron Cohen for his performance as the Yippie agitator Abbie Hoffman.

Hoffman was just one of several Jewish troublemakers in the Yippies, along with Jerry Rubin, Nancy Kurshan, Stew Albert, Judy Gumbo and Paul Krassner.

Krassner, who died in July 2019 at the age of 87, co-founded the Yippies and was an un-indicted co-conspirator in the Chicago Conspiracy Trial. He took LSD just before he testified at the trial, hoping to vomit on the witness stand as a comment on the injustice of the prosecution. The plan didn’t work and the defendants considered Krassner’s less-than-coherent testimony irresponsible and stopped speaking to him for a year. But all was eventually forgiven and Krassner continued his career as an “investigative satirist.”

His widow Nancy Cain was a member of the pioneering portable video collective known as the Videofreex. She recently announced that the Paul Krassner Archive is now available for acquisition. Several participants in the tumultuous times have written about the 1960s but none with the eloquence or satirical genius of Krassner who began his autobiography declaring, “I was circumcised against my will.” Once referred to as the Zelig of the counterculture, during his long strange trip of a life, Krassner played his violin at Carnegie Hall at the age of six, wrote for Mad Magazine, edited Lenny Bruce’s autobiography, rode The Bus with Ken Kesey and the Merry Pranksters and supposedly dropped acid with Groucho Marx. Like so many of Krassner’s biographical details, you are tempted to drop in the word allegedly on that one. The LSD trip with Groucho may’ve truly happened or it may’ve been, as Krassner liked to put it, “a satirical extension of the truth.” (During the psychedelic outing, Groucho marveled at the delicious taste of a peach, Krassner claimed.). 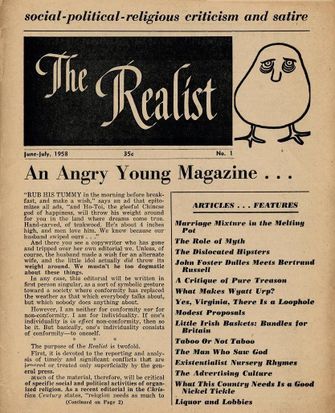 An Angry Young Magazine: Among the contributors to Krassner’s ‘Realist’ were Richard Pryor, Woody Allen and Ken Kesey. Courtesy of The Paul Krassner Archive

Regrettably, there isn’t any material from Krassner’s Mad Magazine days in his archive, according to Cain. Writing for Mad led Krassner to conclude that the world needed a satirical magazine for adults, so in 1958 he started The Realist, which, at its peak, reached a circulation of 100,000, according to Krassner. Contributors included Norman Mailer, Richard Pryor, Woody Allen, Terry Southern, Ken Kesey, Joseph Heller, Mort Sahl, Marshall Efron, Jules Feiffer, Madalyn Murray O’Hair, Jean Shepherd and Harry Shearer. Publication ceased in 2001 around the time Krassner and Cain left their homes near the beach in Venice, California, and moved to a downscale suburb of Palm Springs in the desert.

An eight-page description of the archive includes deep praise of Krassner’s legacy from George Carlin, Lewis Black and The New York Times. Half-way through the digital brochure the archive’s correspondence and manuscripts are listed, accompanied by a photo of a 1972 letter Charles Manson wrote to Krassner. 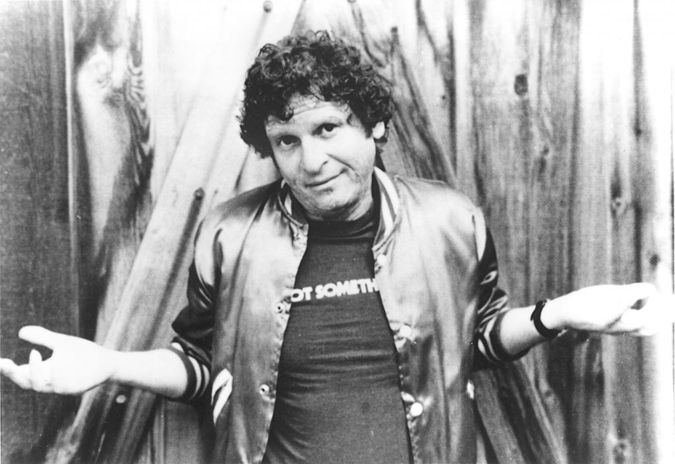 Revolutionary Satirist: Krassner was an unindicted co-conspirator at the trial of the Chicago 7. Courtesy of The Paul Krassner Archive

Dan Simon, the publisher of Seven Stories Press, spent a couple of days looking through the archive in late February 2020. Simon, who published three of Krassner’s books, said there was a box of Manson letters, some of them 10 pages long. A year after the visit, Simon wasn’t certain but he thinks he may have seen the original manuscript for the Lenny Bruce autobiography “How to Talk Dirty and Influence People,” which Krassner edited.

“There’s a couple of boxes of stuff about Lenny, mostly correspondence,” said Cain.

Ken Lopez, a Massachusetts-based rare book dealer and archive broker, said that because Lenny Bruce was a pivotal cultural figure, Krassner’s correspondence with Lenny Bruce might enhance the value of the archive “enormously.”

In 2013 Lopez brokered the sale of the archive belonging to the late Tuli Kupferberg, a member of The Fugs, which was acquired by New York University’s Fales Library.

“Paul Krassner was a very important person during his era and like all the people from that era, he’s less important as time goes on and fewer people know the name and understand what he helped create that they now take for granted,” said Lopez.

Because fame does diminish with time, Lopez said the task of selling Krassner’s archive is akin to securing a deal for an archive he is currently handling, that of the late Alan Watts, who is known for popularizing Zen Buddhism in the West and exploring the therapeutic potential of psychedelic drugs. 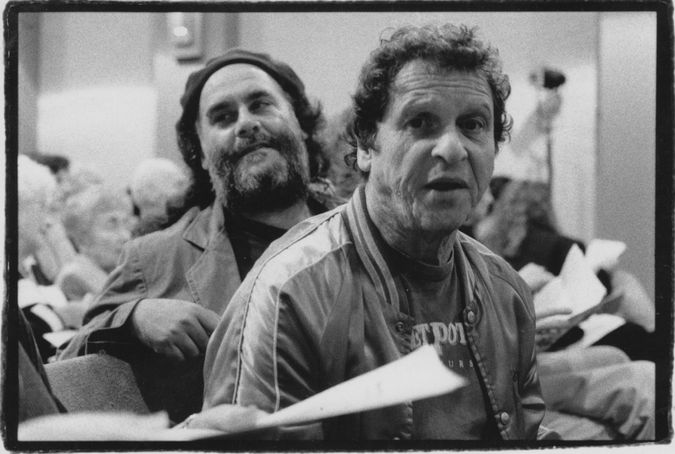 Krassner, of course, was known to consume psychedelics. But he did not practice Zen Buddhism— or Judaism for that matter. But in the summer of 1964, when he was a member of Ken Kesey’s Merry Pranksters, he did adopt the nickname The Zen Bastard.

The Krassner Archive contains a book signed by Kesey that Krassner sold because he needed the money. It was subsequently purchased by someone who gave it back to him. Ten boxes of his political t-shirts are part of the archive. One of them holds his half-century old Yippie T-shirt, which he sold for $500. But again, someone bought it from the person Krassner sold it to and sent it back to him.

This reporter watched Krassner perform stand-up at the old Village Gate on Bleecker Street in Manhattan. One of those occasions was actually a news conference to announce that he had accepted a job as editor of Hustler magazine, an opportunity, he joked, that was too absurd to pass up. The Krassner Archive includes several video recordings of Krassner stand-up performances, which were more likely to take place at art galleries, book stores and conferences. He did a repeat performance at a swingers’ convention. The archive contains 50 large index cards with just a word or two words on each that Krassner used to remind him of jokes when he was onstage.

“I noticed that he used to take some notes with him when he went up to do a show,” said Cain. “He was able to do a whole show just by looking at one or two words on a card and keep changing the cards.”

Manhattan-based radio journalist Jon Kalish has reported and recorded for NPR for 40 years.