This Passover, honor 5 women who made the Exodus possible 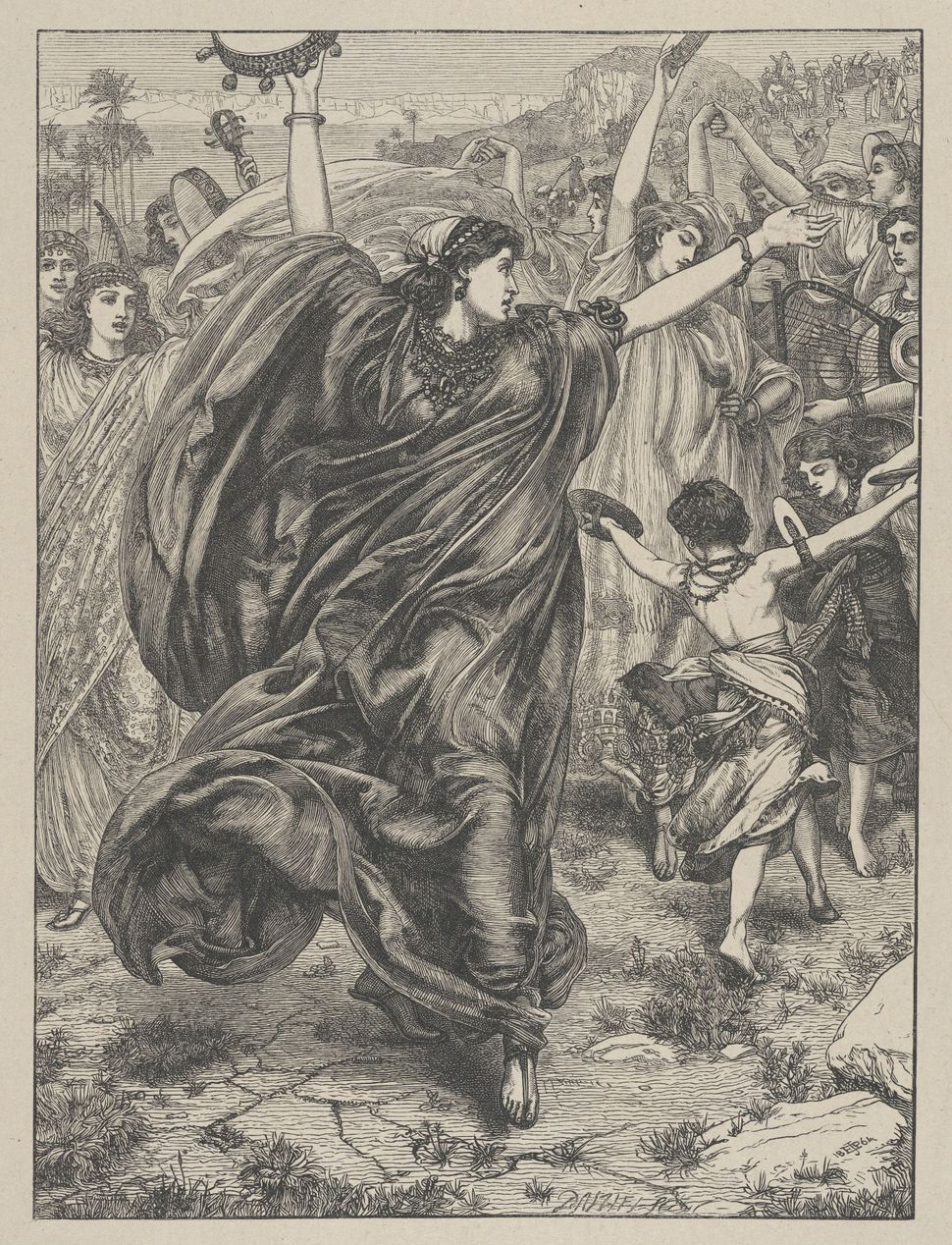 Miriam leads the Israelites in dance Image by Wikimedia Commons

This Passover we can honor the tenacity of Miriam, the agency and pain of Yocheved and the commitment of Batya — women whose efforts helped lead us out of Egypt. After all, we owe them.

Though they were pivotal to Moses in his efforts to shepherd our people out of bondage, these figures are given short shrift in a conventional Seder. “There are no women mentioned in a traditional Haggadah,” said Rabbi Danya Ruttenberg, scholar in residence at the National Council of Jewish Women.

As part of NCJW’s Passover project, Ruttenberg sought to correct this oversight. She has a long-standing practice of invoking the women of the Exodus to teach about social change and thought to adapt those teachings for the holiday. The five women — Moses’ mother, Yocheved; sister, Miriam; adoptive mother, Batya and the midwives Shifra and Puah, who defied Pharaoh’s orders to kill Israelite boys — fit naturally in a preexisting ritual.

“There are four cups of wine,” said Ruttenberg, who counts Shifra and Puah, a pair. “What if we tied them all to pouring the wine?”

The new downloadable insert, “The Five Women of the Exodus,” written with Steph Black, the NCJW’s communications specialist, fits easily into existing Haggadot and works with everything from a social justice Haggadah to the one from Maxwell House, Ruttenberg said. The supplement gives those pouring the wine a paragraph emphasizing these women’s place in the story — from Yocheved’s decision to send Moses up the Nile for a chance at survival, to Miriam’s leading of women and children across the Red Sea in song and dance.

Black has been leading feminist Seders since 2017 with modern progressive Haggadot, but says this insert offers something different, “the chance to highlight the OGs, the original feminists the original activists, and to uplift what’s already in the story.”

Ruttenberg noted that Shifra and Puah were women who exercised civil disobedience in their jobs by refusing to participate in genocide, examples of how women can have an impact in the workplace by not following unjust orders. Yocheved has a parallel right now in parents who send their children to the Southern border in the hope they reach safety and opportunity in America. Batya uses her privilege as Pharaoh’s daughter to shelter someone more vulnerable, a model for white Jews who can use their status to protect others.

Miriam’s role has a special ritual the insert incorporates, the Kos Miriam, or Miriam’s Cup, placed alongside Elijah’s and filled with water, representing her presence at the Nile with Moses in the bulrushes, the Red Sea and, according to Midrash, the well of life-giving water that followed her through the desert and sustained the Israelites.

“Miriam is just as much of a central figure, as much of a hero, as Moses,” said Black, who has a Hebrew tattoo of a passage about Miriam around her wrist. “She deserves an equal place at the Seder table.”

Black and Ruttenberg hope that people will use their supplement this year, perhaps introducing it to more traditional family members and inspiring them to integrate more Jewish women into our holidays.

“I hope this inspires people to fight for justice in the ways that they can,” said Ruttenberg. “Women’s leadership, from the time of the Torah on, is and continues to be critical in this work.”

This Passover, honor 5 women who made the Exodus possible