Your comprehensive guide to choosing a new haggadah this year 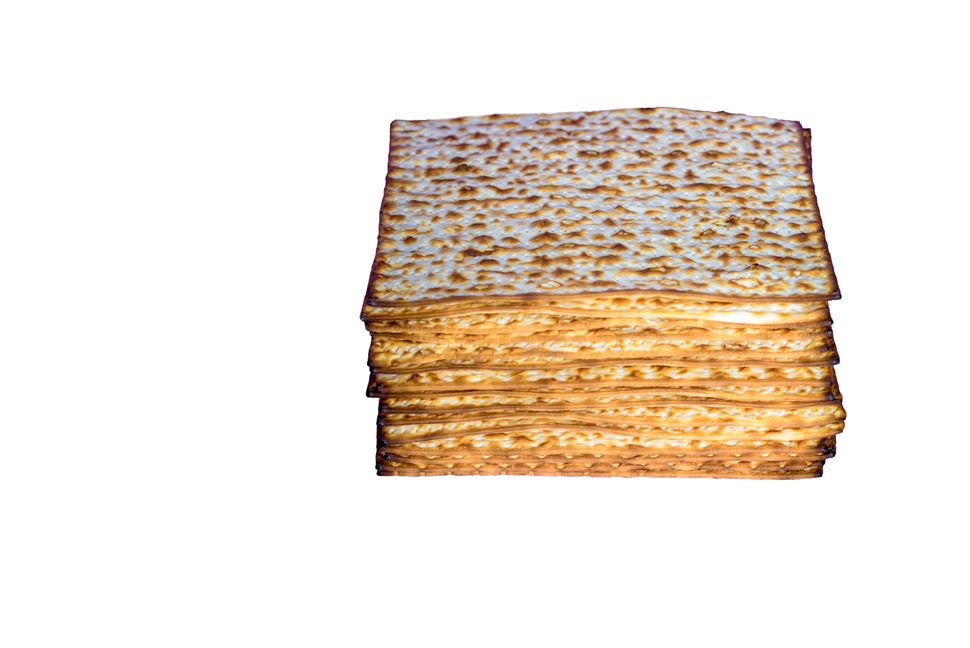 Well, here we are again, still in Egypt.

Not really — vaccinations are proceeding apace, and there are good reasons to be hopeful that next year’s Seder will be, if not in Jerusalem, then at least back at Bubbe’s place. We may not be across the Red Sea yet, but we have smeared plenty of hand sanitizer on our doorposts.

Whether you’re gathering remotely, in person, or some hybrid of the two, 2021 is another year full of new Haggadot and other Passover resources.

Naturally, online options have exploded in the Covid era. And unlike last year, when things were thrown together at the last minute and while all of us were traumatized and trapped, this year’s online Passover resources are manifold, thought-through, and well-produced.

Not surprisingly, some of the best of the bunch, especially for families with kids navigating the challenges of online or partly-online Seders, come from PJ Library, which since my daughter was born has now become a primary vector of our Jewish life. PJ Library has several online Haggadahs, including an excellent, comprehensive kid-centric one with a ton of activities and clear directions, and even a fifteen-minute version (now that’s realness), plus simple sing-along videos and short videos guiding you through the Seder featuring another primary vector of our kids’ Jewishness, Shira Kline.

Also not surprising is the wide range of excellent resources from Haggadot.com. I feel like a proud uncle of Haggadot.com, watching it grow from a quirky, clever idea into perhaps the best online Passover resource in the world. As always, it features Haggadot that you can download in toto, or that you can clip and paste into your own custom version. There are now so many options that the site can feel overwhelming: coloring books, women’s and LGBTQ liturgy, secular liturgy, smart texty stuff from Pardes, social justice, more social justice, more lefty social(ist) justice… it just goes on and on. Luckily, Haggadot.com also has some curated “Best Ofs” and a series of webinars on how to make the Seder more meaningful.

Another helpful resource, particularly for online Seders, is “Virtual Seder,” featuring dozens of contributors from around the world (including yours truly), each with two-minute presentations of different parts of the seder. Virtual Seder is Super Handy. If you’re hosting an online seder, you can check out the presentations ahead of time, see which ones work for you, and, if you’re crafty, screenshare from your computer during the Seder so that even Bubbe with the Bad Zoom can watch.

There’s a lot more. JewishLIVE.org is running a series of “Beyond the Seder” workshops, and co-hosting a remarkable collection of videos on the Ten Plagues and our plague called The Plagues Project. MyJewishLearning, OU.org, and the Forward itself all have resources and workshops online for how to run a good seder at whatever level of virtuality you’re living in. And much more.

There are also plenty of regular Haggadahs this year, once again well suited to every niche expression of Jewishness.

Because my niche is the spiritual/weird/feminist/queer/pagan-inflected one, my favorite new Haggadah is one that is definitely not for everyone: Taya Shere’s “Liberate Your Seder Haggadeck,” which comes as a physical deck of cards or an online powerpoint-style ‘deck.’ The Haggadeck can function as a divination tool, a la the Tarot, or, more prosaically, as a fun way to randomly assign parts to everyone at the Seder. Each card provides concise instructions, interpretation, and provocative questions for conversation.

For example, the Korech (“matza sandwich”) card notes that charoset blends different elements together “into a delicacy so much greater than the sum of its parts.” Likewise, “when we act in solidarity with our neighbors near and far, we anchor a stronger embodied prayer toward collective liberation.” Just that little sample will probably convince you that you’ll love or hate the “Haggadeck,” which also features feminine god(dess) language and uber-hippie language (“If only we emanate conscious vibes… Dayenu”). I’m in.

If you love the woke politics but not the conscious vibes, try the new edition of “The Other Side of the River, The Other Side of the Sea,” published by T’ruah. Focusing on the themes of racial justice, immigration, gender and workers’ rights, the Haggadah has more disturbing contemporary political notes than traditional text, and I mean that in a good way. “Ten Plagues of Forced Labor”! “Tomato Rabbis” ! If you’re a Bernie Jew, this is your Haggadah.

The most significant new mainstream Haggadah is CCAR Press’s “Mishkan HaSeder: A Passover Haggadah,” lead-edited by Rabbi Hara E. Person and Jessica Greenbaum. “Mishkan” combines a clear rendition of the traditional liturgy with a wonderful collection of mostly-contemporary poetry accompanying each section. For those who like (or are used to) the traditional Haggadah text but are interested in supplementing it with more contemporary words and sentiments, “Mishkan” is an excellent choice.

From the sublime to the (intentionally) ridiculous, spiritual humorist Dave Cowen (author of the more-than-3,900-word “longest sentence ever written and then published”) has, in the last few years, become a kind of one-man publishing house of humorous haggadahs: the deliberately odious “Trump Passover Haggadah” (2018), the Seinfeldian “Yada Yada Haggadah” (2019), and now, as if atoning for 2018, “The Biden-Harris Haggadah, Thank G-d! “

Most of “The Biden-Harris Haggadah” is made up of (parodic) famous politicians, each taking parts of the Seder. They are hilarious: Attorney General Merrick Garland recites the Shehecheyanu blessing, only to be interrupted by the ghost of Ruth Bader Ginsburg, saying “couldn’t G-d have maintained, sustained, and enabled me to reach January 20, 2021?” Mitch McConnell washes his hands of “You Know Who.” Et cetera. But my most LOL moment was Cowen’s version of Dayenu entitled “Wet-Ass Pharoah.” I’ll leave it at that.

Speaking of Seinfeld, Rabbi Sam Reitstein has created a second Haggadah based on the old TV show called “The Haggadah About Nothing: The (unofficial) Seinfeld Haggadah.” Unlike Cowen’s, “Nothing” even throws Seinfeld’s characters under the bus (rather like the series’ finale), arguing that their inability to change is the polar opposite of the Seder’s intention that we transform ourselves.

There are, as every year, more Haggadot than I really have time to review properly. Rabbi Moshe Rosenberg’s MCU-themed “Superhero Haggadah” is another pop-culture-themed entry. If your kids are into “WandaVision,” they’ll love it. The 2021 edition of the “Asufa Haggadah,” in which Israeli artists illustrate the various parts of the seder, is as beautiful as past years’. And, while not a Haggadah and thus outside the purview of this review, Mark Gerson’s new volume “The Telling” is the latest high-profile take on the Passover Seder, with the entrepreneur-philanthropist holding forth on its relevance to contemporary life.

Lastly, winning the award for Most Provocatively Titled Haggadah is “The Hitler Haggadah,” which, I am told, is currently the #1 bestselling Haggadah on Amazon. (You can’t judge a book by its cover, but you can guess its sales by its title.) This astonishing text was written in Morocco in 1943, by one Nissim ben Shimon. It interprets the highlights of the Haggadah in terms of World War II: for example, the Four Sons of the Seder are England (the wise one), Hitler (the wicked one), America (the “good one”), and Mussolini (“who isn’t worthy of our words”).

Here reprinted in a facsimile edition (in Judeo-Arabic), with scholarly essays and translation, “The Hitler Haggadah” is not really for holiday use. But for those of us who follow such things, it is a stunning example of how the Passover story is ever-renewed. Just as in 2021 we cannot help but interpret Passover in light of the pandemic (and racial justice, and right-wing nationalist terrorism), so too this mostly-anonymous author interpreted it in his terms. “And we cried out to Roosevelt, blessed be he… and Roosevelt heard our lament.”

May ours be heard as well.

Your comprehensive guide to choosing a new haggadah this year