‘Space Jam’ should have these Jewish Warner Bros. characters in its lineup 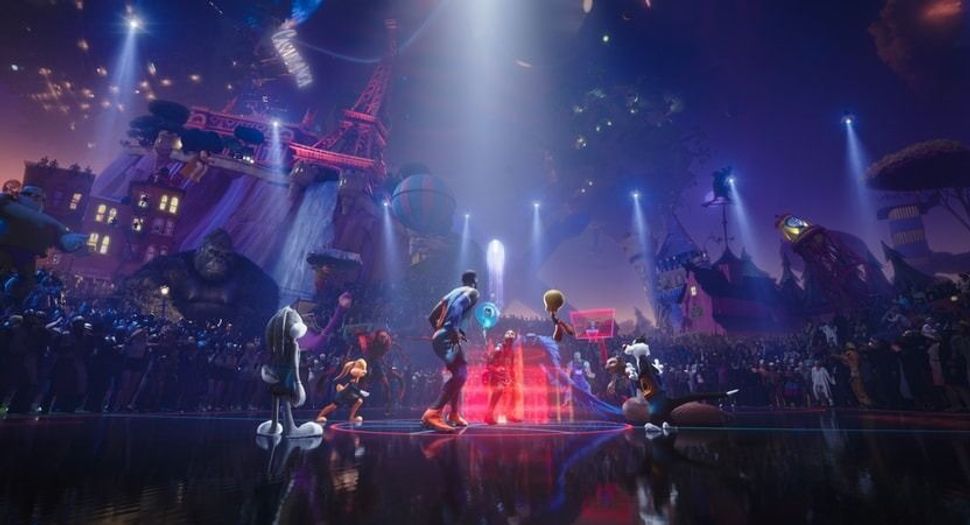 A still from “Space Jam: A New Legacy.” Courtesy of Warner Bros.

We live in a world of giants — some of them iron, all of them corporate.

With the first trailer for “Space Jam: A New Legacy,” we have an artifact that media theorists are poking and prodding for insights into our current moment of rapacious franchise bloat and media monopoly. Like the original, it pairs a major NBA star, just short of the height of his powers, with a stable of beloved intellectual property, the Looney Tunes.

But like so many films since, the new movie looks to be a visual rolodex of everything the studio owns. It’s flexing a pretty deep bench, from the Iron Giant — already a cameo in “Ready Player One” — to some truly troubling baddies bopping around in the background as LeBron James enters the internet a la Wreck-It Ralph.

The new “Space Jam” might be dismissed as a cynical ploy to excite Millennial nostalgia while providing some of the brand name pageant we’ve become accustomed to. There are some really deep cuts designed to jack up your dopamine. I mean, freakin’ Jabberjaw is in the trailer, bouncing through a valley as LeBron whirs through different worlds of WarnerMedia’s mighty multiverse.

But with the news that Pepe Le Pew was cut for time and rape culture concerns — while the prolific rapists of “A Clockwork Orange” now appear in the background in our first look at the plot — we wonder what else might be missing from the picture (that Disney hasn’t already acquired). What might each icon of Warners’ nearly 100 year history bring to the table in the upcoming game between the beloved Tune Squad and the rogues’ gallery Goon Squad?

Here are some of the Jewish Warner characters we’d like to see, the ones we definitely could do without and how they’d all fair on the court. 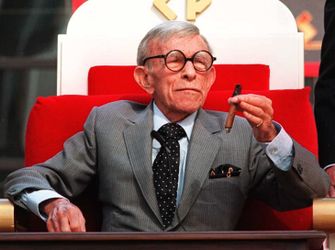 Any good team wants God on their side — even if that God looks like George Burns and is strangely invested in John Denver.

The Olympic runner has speed and, while small for the sport at six feet even, definitely stands taller than almost all of the Tune Squad minus Gossamer. He’s an asset in the paint and has shown he can perform well under pressure following all that Etonian antisemitism. Plus, he’ll help bring some synth slo-mo with him, which, I mean, just imagine Foghorn Leghorn dribbling to that.

There is always room on a team for a faith leader, and Belinski, the greenhorn rabbi who forged his way West, is a great fit for the Tune Squad’s motley crew. Rubbing elbows with the Pennsylvania Dutch, a Native American tribe and Trappist monks, Bellinski has experience in interfaith outreach and would make a great chaplain. He’s also handy with a gun if things come to that. 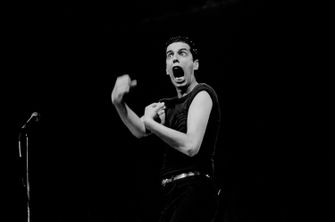 Bowser from Sha Na Na showing off his guns, as is his wont. Photo by Getty/Paul Natkin/Contributor

Bowser is strong — haven’t you seen him flex? — and used to wearing sleeveless shirts. Beyond that, as the bassline for his ensemble’s doo-wop songs we know he can give any team he’s in a steady foundation and solid support. First round pick. 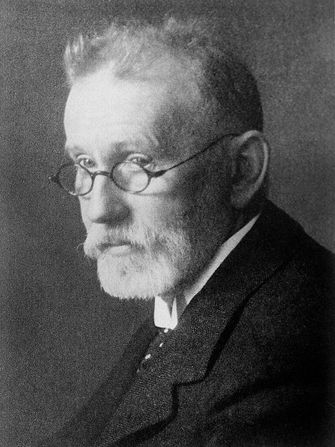 Paul Ehrlich, who Edward G. Robinson played in the biopic, could come in handy as the team’s medic. Courtesy of Wikimedia Commons

The first “Space Jam” skewered steroid abuse by way of the “Secret Stuff.” Should the new film be bold and decide to cover the ravages of venereal disease, this German physician’s cure for syphilis will prove useful. Also if there are any troubling biological implications of LeBron’s journey to the Looney Tunes universe, the Good Doctor’s “magic bullets,” early antibiotic chemotherapy, might get King James out of trouble. 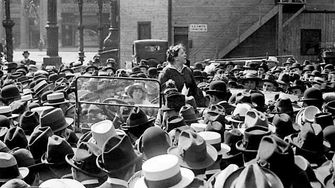 One can’t underestimate the value of a pre-game hype up speech. Goldman was famous for her firebrand oratory. Will this archly capitalist film give her a chance to speak given her politics? Unlikely, but we’d like to see it anyway.

Look, all I’m saying is it would be a funny subplot if Elmer Fudd got a toupée. Also, it would make Bugs’ whole “Barber of Seville” bit make a lot more sense.

I don’t really know who this is or what his value would be, but just wanted everyone to know that the Brits made a film with this title in 1935.

The Sammy Davis Jr. and Joey Bishop characters from the original “Oceans 11” would add a certain knowing, persona-based comedy that the original “Jam,” with its self aware NBA cameos missed the mark with. I see them fulfilling the roles Charles Barkley and Larry Bird whiffed at. They have cartoon avatars ready to go. 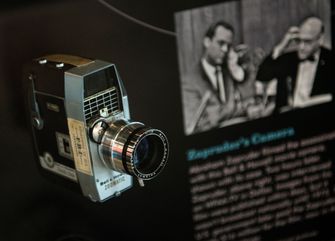 Abraham Zapruder’s camera caught a generation-defining tragedy. Might he be free to capture Bugs Bunny’s dunk? Photo by Getty/BRENDAN SMIALOWSKI/Staff

We need a videographer.

A wellspring of abusive motivation and tough talk, Gold can wheel and deal even more licensing for the Goon Squad and secure them at least two more “Space Jam” sequels. 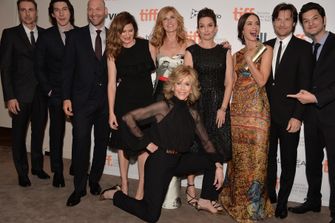 The mostly non-Jewish cast of “This is Where I Leave You.” Photo by Getty/George Pimentel/Contributor

Warner Bros. made two ensemble films about self-centered Jews mourning the passing of a loved one. The first had an all Jewish cast playing Lower East Side intellectuals; the second wanted us to think Jane Fonda is Jewish. They belong on the Goon Squad, bickering and undercutting the team’s success while furthering some less than savory Jewish stereotypes. Are they any good at basketball? The men all seem to say they are and some of them are pretty tall.

The Goon Squad, made up as it is from criminal elements, will need to retain counsel and Levy, a gold star shyster, is a natural fit should Pennywise, Alex and his Droogs or the winged monkeys from “The Wizard of Oz” get up to some sordid business. 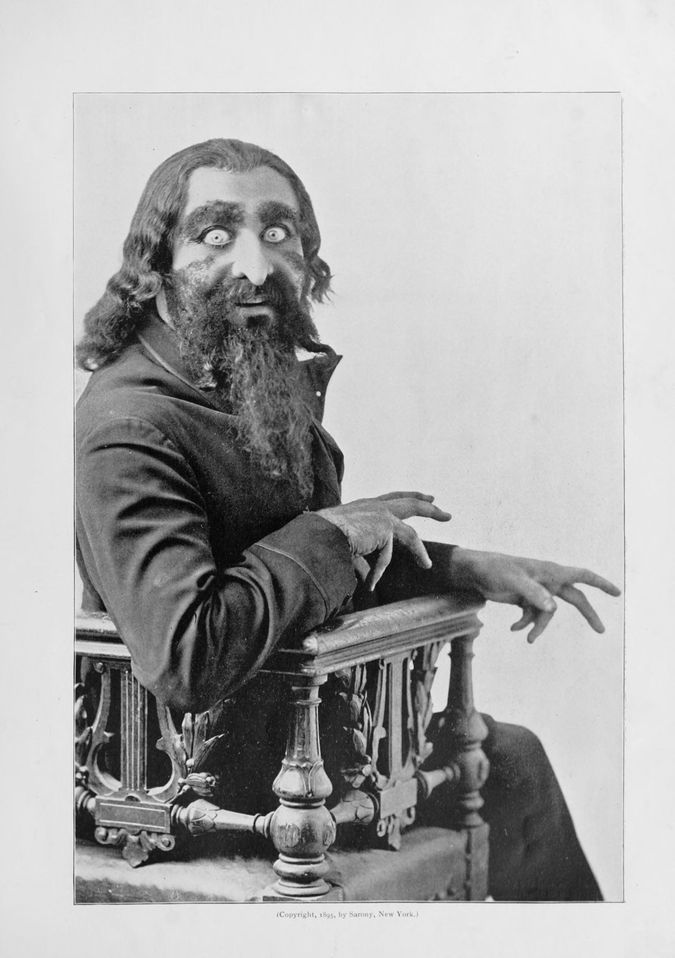 Catch him when he still had that youthful glimmer in his eye. Courtesy of Wikimedia Commons

There’s only room for one hypnotizing stare in this film and that’s Marvin the Martian’s, It’s hard to see what Svengali could possibly add to the film apart from the Oldest Hatred. If we end up reprising “What’s Opera Doc,” I guess he could help out with voice lessons, but…. It’s not worth it.

Let’s not get into the allegations; you wouldn’t know if he was there anyway.

‘Space Jam’ should have these Jewish Warner Bros. characters in its lineup