In the heart of whiskey country, this rabbi puts the bourbon into suburban

Chaim Litvin’s casks are 115 proof, which, as Litvin points out, is gematria for “Chazak” (strength) 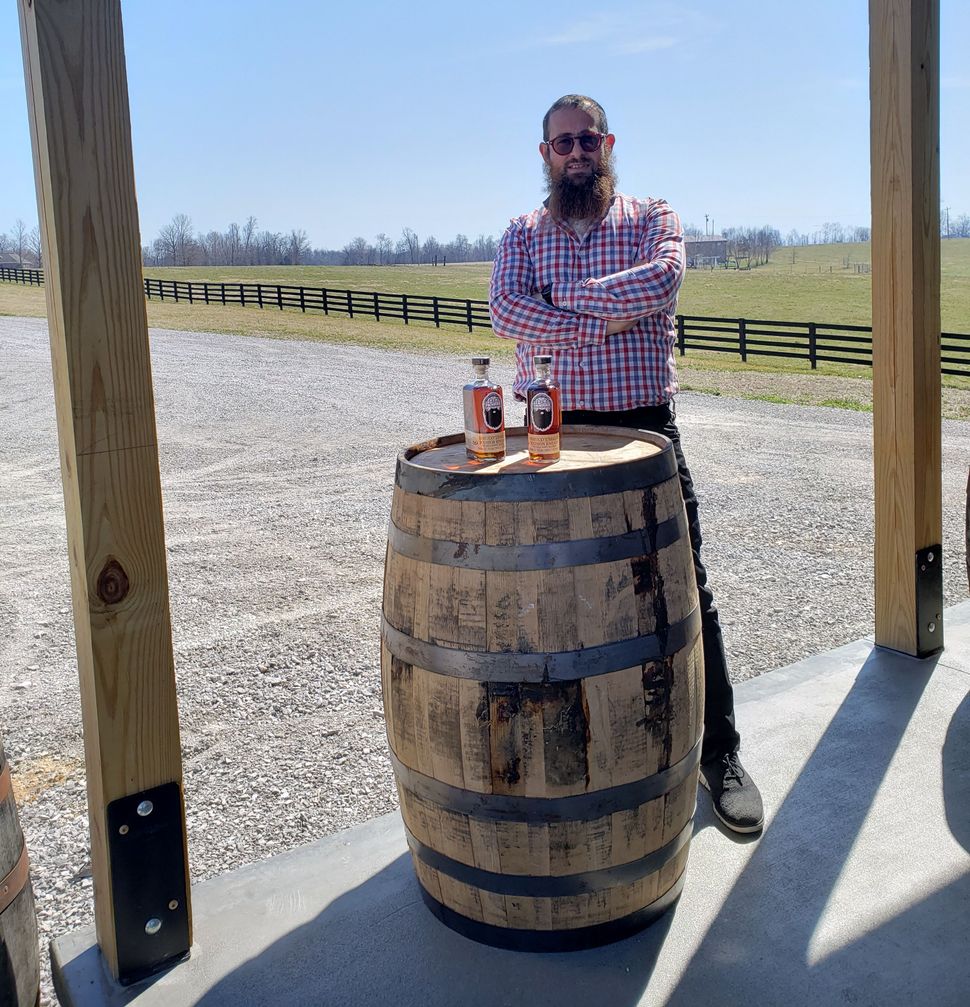 Cask a Giant Shadow: After years of working with distillers, mixers and bottlers, Chaim Litvin became ensconced in the bourbon community. Courtesy of Chaim Litvin

In 2017, when the Wall Street Journal referred to Rabbi Chaim Litvin as the Bourbon Rabbi, it was not referring to the whiskey that he was responsible for producing. At that point, Litvin and his family were not making or even selling bourbon — his involvement with that spirit was only as a kosher certifier. But a seed had been planted.

The Litvin family had arrived in Louisville, Kentucky, as Chabad shluchim in 1985. At that time, the kosher certification business seemed like a good way for the Litvins to make money. Instead of flying rabbis in from New York or Chicago, different certification boards like the Orthodox Union could hire his father — and later Chaim and his brothers — to inspect local food producing facilities to check they were kosher.

The facilities under the Litvins’ scrutiny were mainly plants that processed solid foods, but the Litvins also dealt with a couple of whiskey makers like Heaven Hill (owned by the Shapira family). With the bourbon boom of the teens, though, Chaim found himself visiting an increasing number of distilleries. As that earlier Wall Street Journal article noted, bourbon — made from grain and water — is as kosher “as mountain spring water” but the boom led to a diversification into products that were less reliably kosher. Flavorings and wine products that were processed in the same facilities had to be checked and, if they were not kosher, kept away from the kosher products. 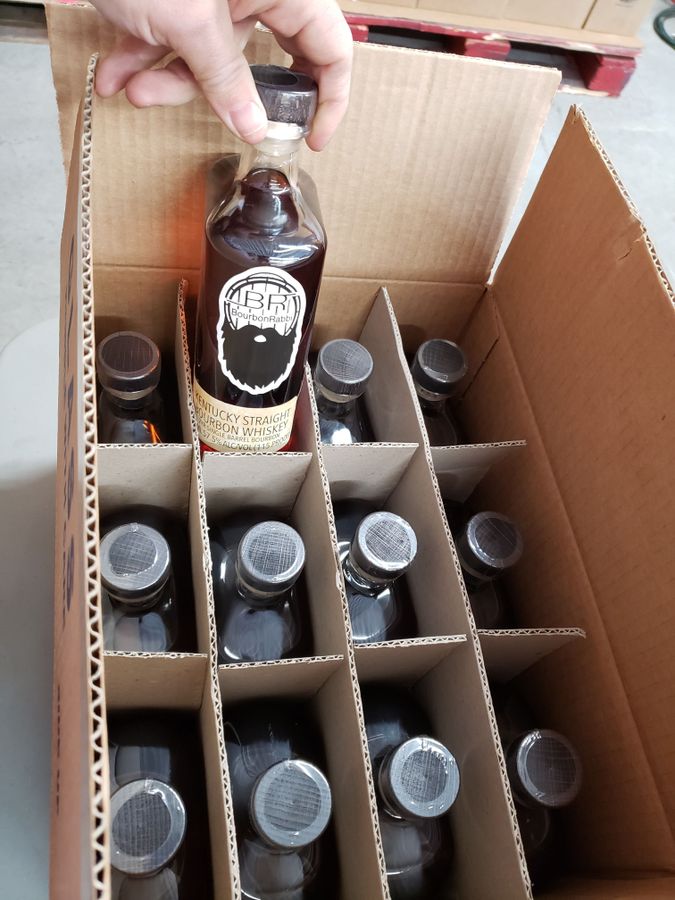 A Louisville Slug: Litvin chose a couple of barrels from an undisclosed distillery in Louisville and bottled them with his distinctive bearded logo on the label. Courtesy of Chaim Litvin

After years of working with distillers, mixers and bottlers, Chaim became ensconced in the bourbon community. When I spoke to him on the phone before Passover, he told me how he came to move from behind the scenes inspecting pipes and stills to selling bourbon with his moniker and icon on the label.

He had been in attendance at an event and had to fill in when the keynote speaker was delayed. Chaim ended up speaking about bourbon for 40 minutes, realizing that he and the crowd enjoyed it. Gradually, he set up more talks, with planned tastings, lectures and seminars for synagogues, men’s clubs and Chabad groups.

He conducted tastings with bourbon from various storied Louisville distillers, but he thought it would be fun — and informative — to not only choose specific barrels of his clients’ whiskey but to have his very own barrels in his very own bottles. So, after tasting 14 different barrels, he chose a couple of barrels from an undisclosed distillery in Louisville and bottled them with his distinctive bearded logo on the label.

The barrels, he said, were between 119 and 121 proof at tasting, but he cut it down slightly from cask strength to 115 proof for bottling. Sometimes cask strength liquor can be rough but diluting it can lead to a watery flavor. Bourbon Rabbi, as diluted, is still powerful, but doesn’t have any “abrasive mouth feel” that can come at higher proofs. 115, Litvin also pointed out cheerfully, is gematria for “Chazak” (strength).

Bourbon Rabbi (the whiskey) has the typical thick sweet bourbon flavor, with the slight medicinal touch that makes it less beloved than Scotch. But, at only 2 years old, it also has a lovely wooden flavor. Litvin tried to convince me that the woodiness was oaken, but I thought it felt more herbal, like a young cedar. It has a satisfying, broad profile that is actually rare for such a young spirit.

I asked him whether it was odd for him to be branding some of the spirits that he was usually certifying – whether there wasn’t a conflict of interest in him certifying his own whiskey as kosher on the one hand and, on the other, buying his clients’ barrels, bottling bourbon and then selling – perhaps in direct competition with differently branded bottles of that same distiller’s bourbon.

“Look,” he said, “The bourbon is going to be sold, whether it has my name on it or not. I don’t see bourbon getting clearanced out very often. The market is incredible.” And, anecdotally, he’s not wrong.

He sold his first batch to a distributor just before Passover. The vagaries of the calendar and transport meant that neither he, nor his Jewish customer in West Kentucky – a liquor store in West Kentucky — owned the non-Kosher for Passover liquor during Passover. But now that the holiday is over, it is available for the discerning palates of Nicholasville and, soon, once the interstate distribution is organized, nationwide. Why shouldn’t a rabbi have a piece of the bourbon market himself?

COVID meant Litvin had to cancel a Canadian tour in March 2020 but he still hopes to visit once it’s safe to travel again. Now that the Bourbon rabbi has his Bourbon Rabbi whiskey, his tastings will have the piece that he felt that was missing. Depending on when the Canadian tour is rearranged, it may be that our luck neighbors to the north will be the first to try the Bourbon Rabbi’s first bottled expression under the watchful gaze of the rabbi himself.

In the heart of whiskey country, this rabbi puts the bourbon into suburban