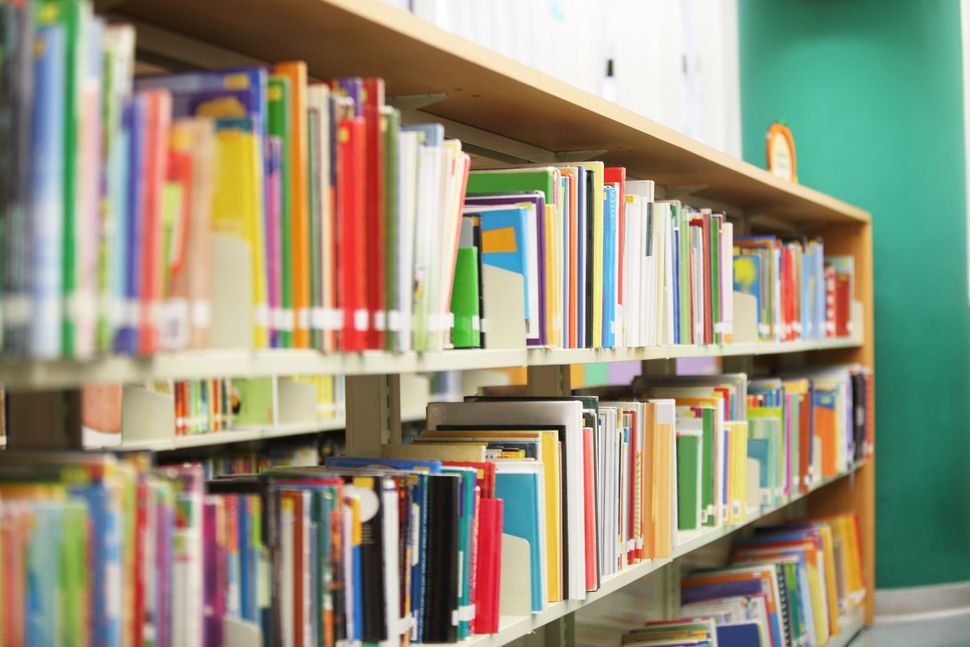 Over 100 Jewish books are published each year for kids. How can families and teachers know which ones are worth their time and money? They can turn to the Sydney Taylor Book Awards for answers.

The Sydney Taylor Book Awards recognize the best picture books, middle grade and young adult books. Titles range from contemporary to historical, fantasy to biography, pop-ups to graphic novels. These are outstanding books with beautiful illustrations and skillful wordsmithing that serve as a validating mirror for Jewish readers and a welcoming window flung wide for readers of other backgrounds.

Sydney Taylor was the author of the beloved classic “All-of-a-Kind Family” series, about the daily adventures of five Jewish sisters growing up on the Lower East Side of New York City. The first volume was published in 1951 and represented a turning point as the first widely popular mainstream book featuring Jewish characters. Sydney’s husband Ralph established the award in his wife’s memory through the Association of Jewish Libraries in 1978, and the name “Sydney Taylor Book Award” was retroactively applied to every children’s book recognized by AJL since 1968. Today, Sydney’s daughter, Jo Taylor Marshall, funds the award.

Over the years, the award has grown. At first, a single title was recognized each year. Then, older and younger age categories were introduced, followed by a teen category. Honor books and notable books were added, as the output of Jewish children’s literature increased and additional worthy books were published each year. A separate Sydney Taylor Manuscript Award was established for unpublished middle grade fiction, to encourage even more growth of the genre. In 2019 the Sydney Taylor Book Award gained national prominence when the American Library Association began announcing the winners alongside such well-known awards as the Newbery and the Caldecott. In 2020, AJL spun off a Mock Sydney Taylor Book Award blog, “The Sydney Taylor Shmooze,” to encourage readers to think critically about Jewish books year-round.

The award’s mission is to engender pride in Jewish readers while building bridges with readers of other backgrounds. In today’s climate of increased antisemitism, this mission is more crucial than ever.

Welcoming Elijah: A Passover Tale with a Tail
By Lesléa Newman, illustrated by Susan Gal
Published by Charlesbridge.

This warmly-illustrated, poetic book parallels the experiences of a young boy at a Passover seder and a small white kitten outdoors. When the boy opens the door to welcome the prophet Elijah, he finds a furry friend instead. Simple text, diverse characters, and a timeless feel make this a story to be treasured.

I Am the Tree of Life: My Jewish Yoga Book
By Mychal Copeland, illustrated by André Ceolin
Published by Apples and Honey Press

Clear instructions on how to do different yoga poses are complemented by brief, boldly illustrated stories from the Bible. Back matter includes reflection on yoga practice and a discussion of “What’s Jewish about yoga?”

Miriam at the River

The poetic tale of young Miriam placing baby Moses in the river is strikingly and vividly illustrated in palettes of blues, oranges, and purples.

The Eight Knights of Hanukkah

The eight knights of Hanukkah are charged by Lady Sadie to go out and perform “deeds of awesome kindness and stupendous bravery” before the Hanukkah celebration that evening. A little silly and very sweet, this punny title is a wonderful story of performing mitzvot for others and celebrating Hanukkah.

The Polio Pioneer: Dr. Jonas Salk and the Polio Vaccine

Brightly illustrated, this is the timely true story of a young Jewish boy who grew up to be a chemist who helped eradicate polio. Author’s note and sources included.

The Ninth Night of Hanukkah

Max and Rachel have just moved to a new apartment, but they can’t find any of their Hanukkah stuff. With help from their new neighbors, they do their best to celebrate, even though “it didn’t feel quite like Hanukkah.” On the ninth night, they decide to celebrate “shamash night,” thanking all the helpers in their building.

Turtle Boy by M. Evan Wolkenstein. Published by Delacorte Books for Young Readers, an imprint of Random House Children’s Books, a division of Penguin Random House. Will’s bar mitzvah service project helps him face challenges in his own life in this engaging story by a debut author. Bullied at school and a loner, turtle-loving Will completes a bucket list of milestone activities for a terminally ill boy and gains the strength to face his own upcoming surgery.

In 1986, Valentina and Oksana flee the meltdown of the Chernobyl nuclear power plant. In 1941, Rifka finds refuge while escaping the Nazis. Blackman masterfully merges the timelines of these two stories in this compelling work of historical fiction.

Miriam and her new friend Kate concoct a “miracle” in order to attract visitors to Miriam’s family’s small town motel in this story about community, interfaith understanding, making a home, and keeping up Jewish traditions.

Anya and The Nightingale

In this sequel to her 2020 Sydney Taylor Honor book, Anya and the Dragon, Anya and her friends travel to Kiev and encounter the mythical Nightingale. Vivid descriptions of tenth-century Russia, a memorable Shabbat dinner, and an exciting rescue highlight this wonderful fantasy.

On the eve of WWII, Esther describes her journey from Poland to Cuba, where everything from the people to the climate are foreign to her. A heartwarming and satisfying immigrant narrative that brings a lesser known Jewish community to light.

A Place at the Table

By Saadia Faruqi and Laura Shovan

We Had to Be Brave: Escaping the Nazis on the Kindertransport

Hopkinson weaves together primary sources — memoirs, interviews, and photographs — to piece together the accounts of 21 children and teens who were saved from the Nazis via the Kindertransport in this meticulously researched World War II nonfiction book. Back matter includes a timeline, additional resources, source notes, and an index.

A follow-up to the Sydney Taylor Honor book Six-Day Hero, this tense narrative describes the 1973 Yom Kippur War from the point of view of a twelve-year old boy living in the Golan.

Dancing at the Pity Party: A Dead Mom Graphic Memoir

This debut memoir in graphic form is a funny, sad, confidently illustrated meditation on grief. It’s both a tribute to Tyler’s wonderful mom, who died of breast cancer at the age of 47, and a guide to Jewish mourning practices. A singular achievement.

A historical mystery with an unreliable narrator, this post-war page-turner is set primarily in a displaced persons camp. It tells the story of Zofia, desperately searching for her little brother Abek…and the possibility of a life after trauma.

In one wild 24-hour period, high school rivals Rowan and Neil go on a scavenger hunt throughout Seattle and (spoiler alert) fall in love. A sweet, funny, Jewishly inflected romp.

A guide to queer activism and collective responsibility, Eli’s clear and concise call to action is filled with autobiographical Jewish reflections and teachings.

A dark and spooky journey from the world of the shtetl into the underworld of Jewish demons…and back again.

Based on a true incident, a high school teacher assigns students to argue in favor of the Final Solution. Two students fight back, and the resulting schism rocks the school and community.