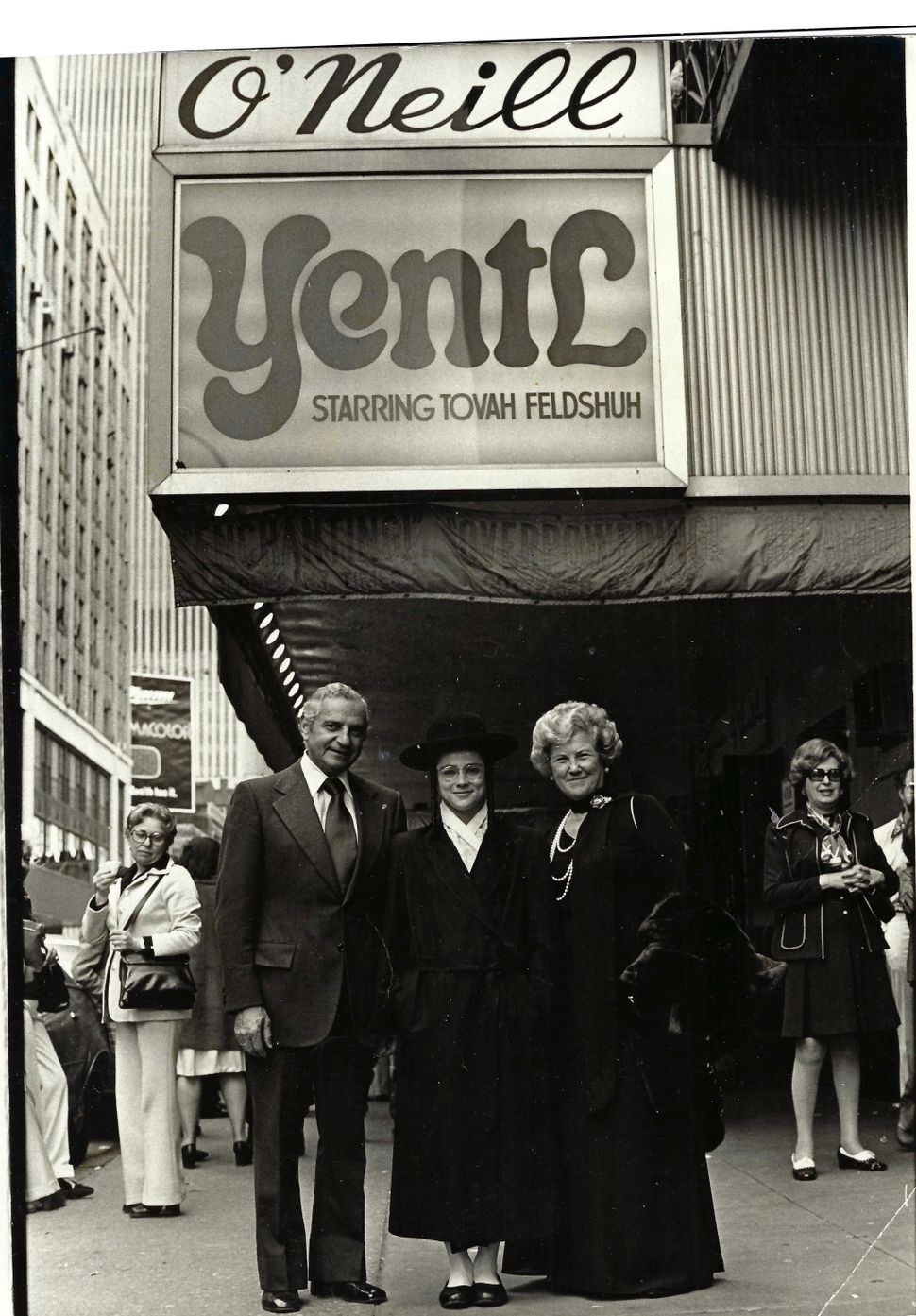 Tovah Feldshuh by the marquee of “Yentl” with her father, Sidney and mother, Lily. As Lily said of Feldshuh’s early roles, “A leper, cartwheels and a Hasidic Jewish boy? This is not going well.” Courtesy of Tovah Feldshuh

Born in 1911 on a dining room table in the Bronx, Lillian Kaplan (later to be Feldshuh) longed to “become vivid.” She developed an alter ego named Hortense, who lived glamorously, dancing the Charleston and wearing an edgy bob hairdo. This was all well before her daughter, born in 1952, after Lily ate some contraction-spurring kishke, came to know her.

By then, Lily — who died in 2014 at the age of 103 — was concerned with appearances, decorum and short on praise. She was less than encouraging of Feldshuh’s own fantasy life, which came to embody many second selves, often in the same one-woman show.

But the two women’s relationship warmed in their last 18 years together, so much so that Feldshuh’s new memoir, “Lilyville,” out April 13, is, first and foremost, a tribute to her mother.

The book is a tender but unflinching look at a mother-daughter dynamic marred by different love languages — Lily spoke in actions, Tovah needed words. Their tension miraculously resolved after the death of Feldshuh’s father, Sidney. Lily would have a tremendous second act, becoming more outwardly affectionate and yes, vivid. She honed her quick wit and proved her mettle as the oldest patient to receive a percutaneous aortic valve replacement, literally receiving the heart valve of a pony in the process. Even if she was deaf as a board by the end, Feldshuh tells me she was sharp as a tack.

“She just blossomed,” Feldshuh said of her mother in a phone call. 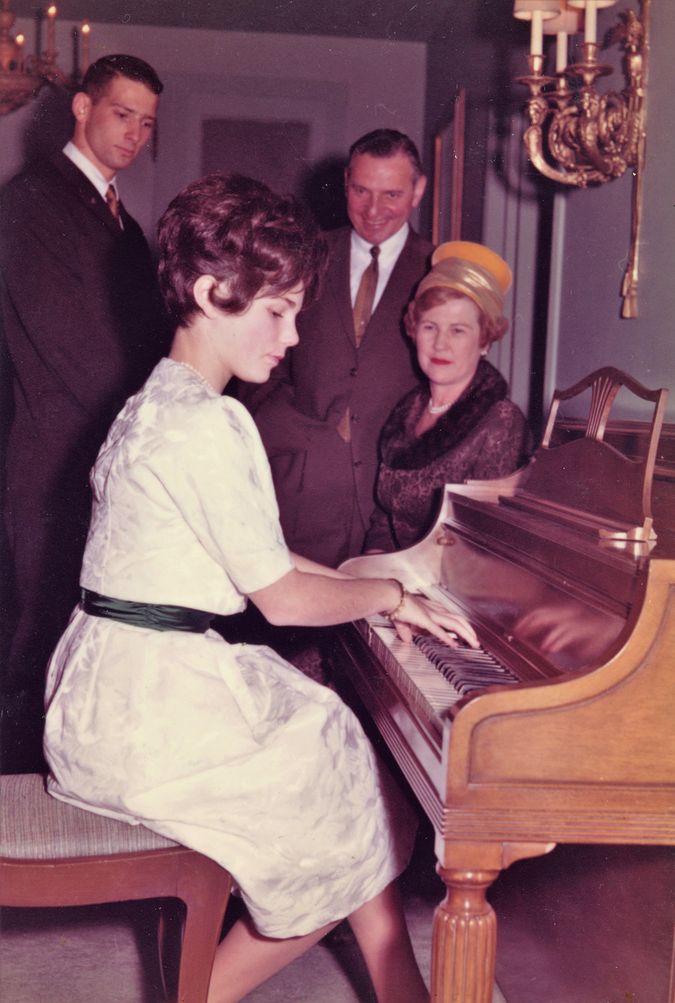 Terri Sue plays a piano solo at her bat mitzvah as Lily, a pianist herself, looks on. Photo by Herbert Studios - Westchester County NY

I thought I might know Lily’s energy, having seen Feldshuh’s turn as the mother on “Crazy Ex-Girlfriend,” in which she she burst through the door demanding the bathroom and nitpicking her daughter’s weight, eczema and the “hovel” she calls home. But even on the phone, Feldshuh is full of more precise impressions — and allusions to Chekhov and Shakespeare. I was blessed to hear her summon her mom’s Bronx accent while delivering a “Lilyism”: “If you’re Lily’s child, you don’t visit anybody empty handed. You always bring a house gift.”

The person she was visiting was Ruth Bader Ginsburg, who the four-time Tony nominee portrayed in Beverly Hills. (Feldshuh brought a coat with black and gold roses from the Metropolitan Opera shop to Ginsburg’s chambers — it was used in “Der Rosenkavalier,” so of course the opera-loving justice liked it.) 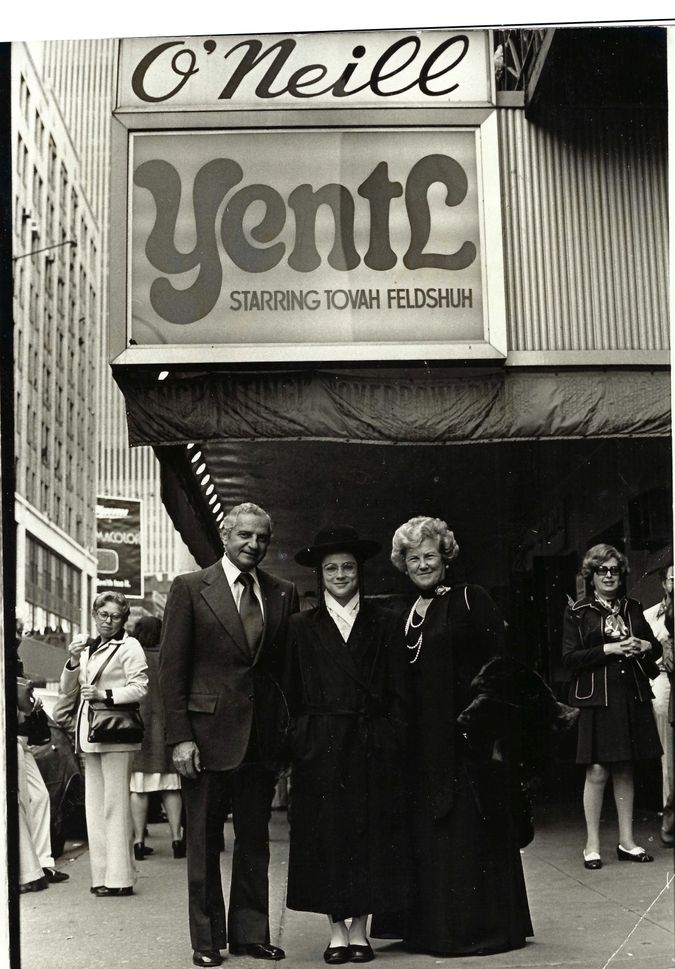 Tovah Feldshuh by the marquee of “Yentl” with her father, Sidney and mother, Lily. As Lily said of Feldshuh’s early roles, “A leper, cartwheels and a Hasidic Jewish boy? This is not going well.” Courtesy of Tovah Feldshuh

Feldshuh’s long career has included a parade of Jewish titans from RBG, Golda Meir the title role in “Yentl” and the part of a resistance fighter in the miniseries “Holocaust.” The book details her choice to change her name from Terri Sue to Tovah, steering into the semitic at a time when so many were de-Judaizing their names. She says it “absolutely” led to her being typecast in a lot of Jewish parts.

“If you have a moniker like Tovah Feldshuh that’s Orthodox, Israeli, European, and a Jewish expert — I was none of the above,” said Feldshuh. She did have some distinctions, however, being the only bat mitzvah in her eight grade class at Quaker Ridge School in Scarsdale, New York, and the only conservative Jew among her cohort. Predictably, Lily balked at the name change (“We didn’t come to this country for you to call yourself Tovah”). So did an Austrian-born agent.

“You vill never be on the marquee with that name,’” she quoted him, copping the accent. Her response: “You probably asked Barbra Streisand to change her nose.”

Terri Sue was diminutive, not worthy of the “heavy roles” she wanted to take on. She also didn’t appreciate its reminder of a middle school cruelty — the boys often said “Terri Sue felt who?” A sign of the thaw between her and her mother was Lily’s decision to address Feldshuh by her chosen name.

“It brought me heroic Jewish roles that I loved on a silver platter,” Feldshuh said, but not before noting her bona fides in classical rep. She also played Shakespeare, “The Crucible” and wants to take on the title role in “King Lear.” (Life with Lily may have prepared her to deliver that “sharper than a serpent’s tooth it is to have a thankless child” line.) 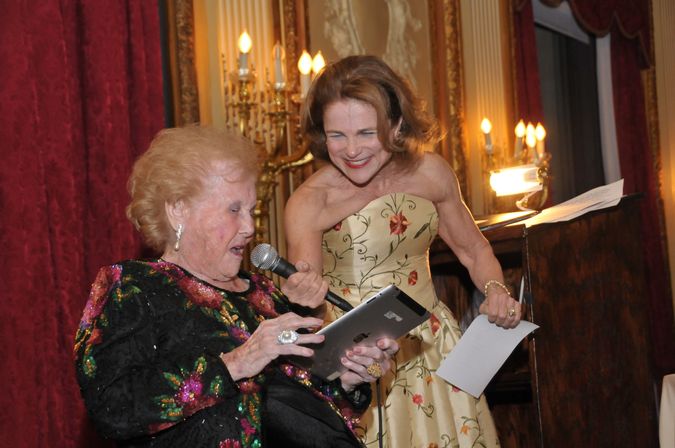 Since March of last year, when she developed COVID, the “universe collaborated” to give Felshuh time to work on the book. Now fully vaccinated, she’s ready for her next role, Dr. Ruth Westheimer in “Becoming Dr. Ruth” at the North Coast Repertory Theatre. She’s arranged a consult later in the week to ask Westheimer if she wore a wedding ring, observe her walk and see the good doctor’s collection of turtles.

“Do you know that turtles have no predators?” Feldshuh asks, her voice a chipper Teutonic lilt known to anyone who has heard Westheimer on WNYC. “So they have innocent energy and they are the symbol for longevity in certain cultures — longevity and strength — and it was a turtle on the back of Matilda, the one doll, she took with her from Frankfurt, and put in her little suitcase when she was 10 on the Kindertransport.”

Feldshuh has also kept busy filming a concert at Birdland and, filling Lily’s position as matriarch, leading Zoom Shabbats accompanied by classical piano. But she has a grander plan in mind, a part you could say she’s been preparing for her whole life.

“I have written a pitch document to make ‘Lilyville’ a TV series,” Feldshuh said, noting she’d like to play both parts, but would be open to Keri Russell for her younger self if networks don’t want to be quite so experimental.

“I will love playing Lily, because Lily’s got all the punchlines,” said Feldshuh. “And I find it very freeing to become her because then I get to spend time with Lily, even though she’s gone now.”