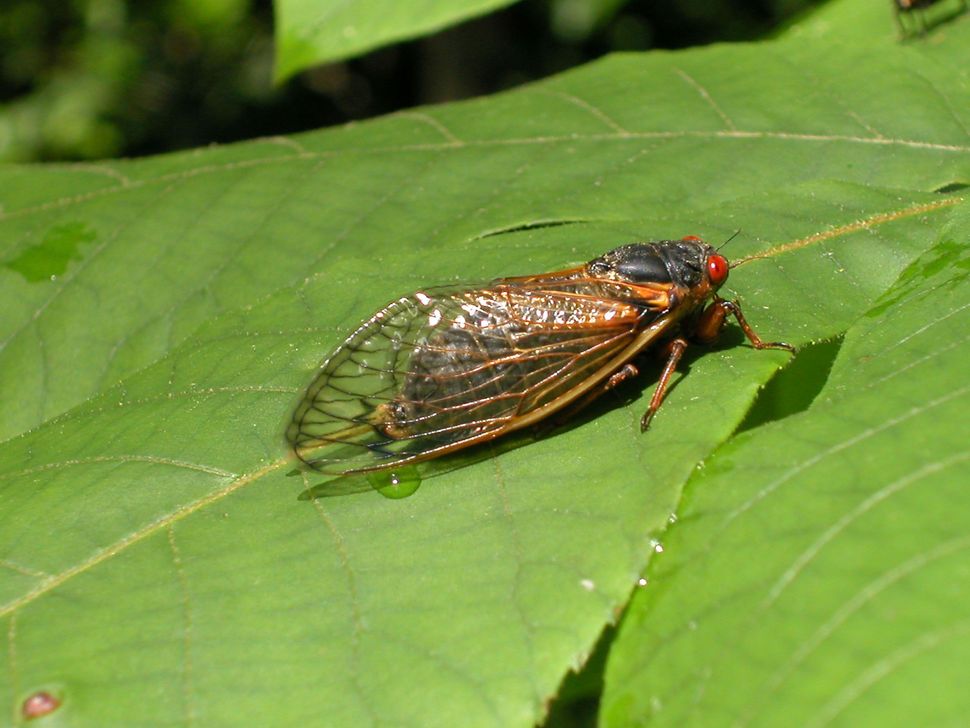 Do you hear that? What’s that buzzing noise?

If you live between Tennessee and New York — especially if you live in Ohio, Maryland, or the Virginias — and if it’s mid-to-late May or June, chances are good that what you’re hearing are cicadas. Specifically, male representatives of “Brood X,” or “the Great Eastern Brood,” which only emerge from their underground lairs once every 17 years in order to mate with the female of their species before dying off and leaving their offspring to inter themselves for another 17 years before repeating the never-ending cycle.

Native to the eastern U.S. and not found anywhere else in the world, cicadas are often associated, confused or poetically conflated with locusts, those ancient insects that periodically swarm like cicadas, but, unlike their American cousins, leave devastation in their wake. Locust infestations are often called plagues, the most famous of which afflicted Egypt after the Pharaoh refused Moses’s pleas to let his people go.

America’s Brood X was first recognized in Philadelphia in 1715, when the cicadas were mistaken for the biblical locust and provided many a happy meal. Locusts are eaten around the world and are the only insects that are both kosher and halal. While generally speaking, insects are explicitly forbidden, the Torah singles out locusts as exceptions to the rule. As it is written in the Book of Leviticus (11:21-22): “The only flying insects with four walking legs that you may eat are those which have knees extending above their feet, using these longer legs to hop on the ground. Among these, you may eat members of the red locust family, the yellow locust family, the spotted gray locust family, and the white locust family.”

The rabbis in the Talmud go into greater detail and identify eight species of locust that are kosher. Whether or not these rules apply to cicadas remains an open question. I am neither an entomologist nor a rabbi, so consult yours as you see fit. 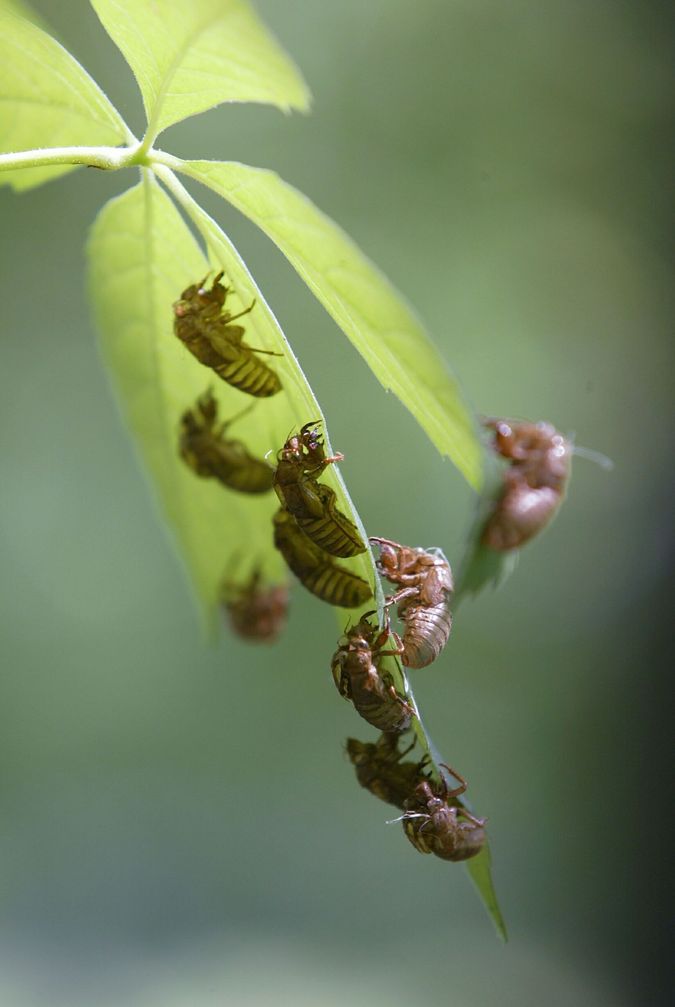 The Return of Brood X: Billions of cicadas are poised to swarm across the eastern United States for the first time in 17 years. By Getty Images

The magicicada species that afflicts the eastern U.S. once a generation are just one of 3,000 varieties, including another periodical cicada that reappears once every 13 years to the wonder of mathematicians and the arithmetically inclined, given that both 17 and 13 are prime numbers, the scientific explanation for which is “go figure.”

That loud, buzzing drone cicadas make is the male’s mating call, produced by a drumlike organ called a tymbal — not to be confused with the tsimbl of Old World klezmer duos. The noise has been compared to that of a jet engine flying low in the sky and is reported to reach as high as 120 decibels, which can actually cause hearing damage in human beings. The clever male cicadas deafen themselves while concertizing so as not to destroy their own hearing, making them the envy of fans of hardcore punk and heavy metal. The male cicadas break off into separate groups where they sing in unison, not unlike men in Orthodox Jewish prayer minyans.

The cicada’s song is a joyful celebration of their long overdue freedom and liberation. As the Bible tells it, the ancient Israelites also made a musical racket upon being liberated from their Egyptian enslavers.

Rabbi Avtzon also suggests that the cicada’s “singing” is a joyful celebration of their long overdue freedom and liberation. As the Bible tells it, the ancient Israelites also made a musical racket upon being liberated from their Egyptian enslavers. After the Red Sea parted, allowing the Jews to escape before flooding the Pharaoh and their Egyptian pursuers behind them, the Children of Israel immediately broke out in song. “Miriam the prophetess, Aaron’s sister, took the drum in her hand and all the women followed her with drums and with dances,” in what was perhaps history’s first klezmer concert.

Once the soil warms to 64 degrees in coming weeks, billions — some say trillions — of one-inch- long cicadas will rise out of the earth at a density of 1.5 million cicadas an acre. Some liken the phenomenon to science fiction, or a horror film, or a harbinger of apocalypse. The cicadas’ dalliance above ground lasts from four to six weeks, during which time they mate, lay eggs (individual females can lay up to 400 eggs each), and then die — leaving behind killing fields of cicada corpses. Their offspring then take up residence underground, sucking on tree roots for the next 17 years, waiting until 2038 to emerge and begin the cycle once again.

Seventeen years ago, the Brood X emergence coincided with Shavuot. Rabbi Yaakov Bieler wrote, “The cicadas and Shavuot challenge us to reprioritize our lives in order to make them meaningful and Jewishly driven in a dynamic rather than passive manner. Let us listen to the song of these insects and recognize that even as it serves the biological reproductive purposes of these beings before they go off to hibernate for another 17 years, it is also a potential call to action to all of us, to become more rather than less active vis-à-vis our individual spiritual development.”

Nobel Prize-winning rock poet Bob Dylan seemed to have had some kind of spiritual experience when he found himself being awarded an honorary degree at Princeton University amid an emergence of cicadas. The event, which turned out to be unpleasant for Dylan, inspired his 1970 song, “Day of the Locusts,” the title of which he borrowed from the 1939 novel “The Day of the Locust” by Nathanael West, born Nathan Weinstein.

Dylan rendered the confluence of the cicadas’ drone and the academy’s cluelessness in calling his music “the authentic expression of the disturbed and concerned conscience of Young America” in the song’s refrain thusly: “And the locusts sang such a sweet melody / And the locusts sang with a high whining trill / Yeah, the locusts sang, and they were singing for me.” Ingrate or not, he wrote a pretty good song, even when played at low volume.