When I spoke last month with Blake Bailey, the disgraced author of Philip Roth’s biography, I asked one question that seemed to shock him. 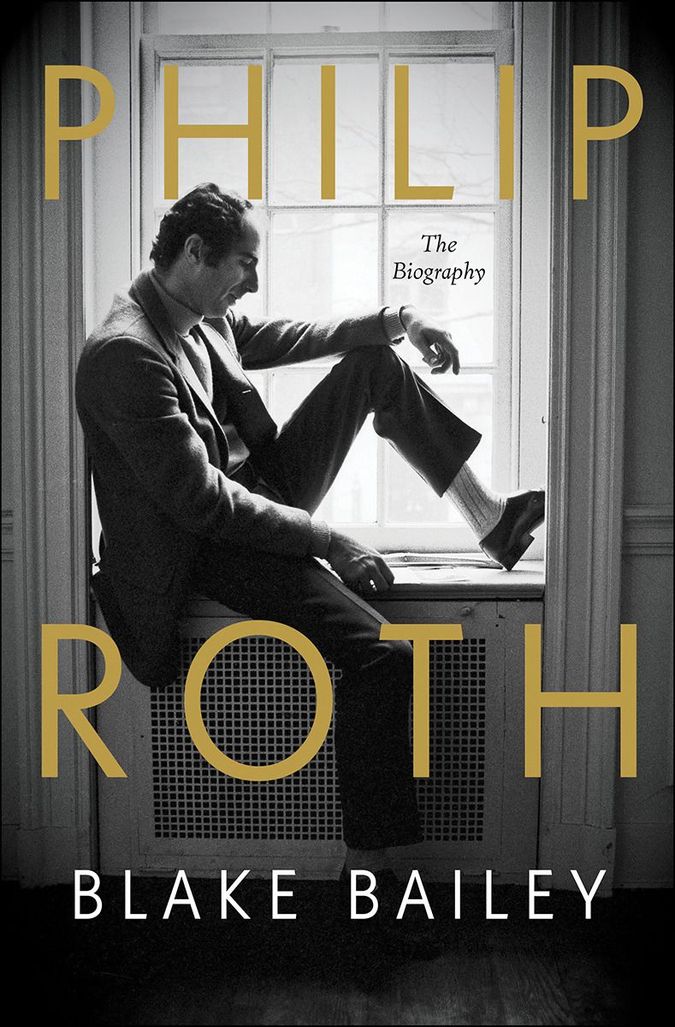 It wasn’t the one about what he had to say to critics who suggested his biography of Roth was marred by deep misogyny. Bailey — whose book has been permanently pulled from print by his publisher, W.W. Norton, after multiple women came forward with allegations of rape and sexual assault against him — might reasonably have been wary about that topic.

It was about, instead, whether he had taken anything from Philip Roth’s house.

It was an innocent question. You can learn a lot about someone through the kind of relics they’re drawn to, and I was curious about which of Roth’s belongings Bailey might have felt most tenderly toward.

His voice rose and quickened; it was as if I’d accused him of something unspeakable. The suggestion that he might have kept anything belonging to his subject, he said — beyond the Eames chair the author left him in his will — impugned his objectivity as a biographer. He was angry; I moved on.

Since the first allegations about Bailey’s sexual misconduct hit the news last week, I’ve turned that interaction over and over in my mind.

There’s something there: An obsession with image, one similar to that which plagued Roth, who was notoriously laser-focused on the question of what history would make of him.

And there’s a forest-for-the-trees absurdity. With skeletons this big in his closet — emails Bailey sent several of his accusers confirm he knew he’d acted awfully, and was terrified of those acts becoming public — he was worried I might imply he’d nabbed a teapot?

The extremity of Bailey’s reaction is, in its own way, fitting. For all Roth’s merits, there’s no denying that he had a tendency to treat women, in life as in art, as objects. The fact that his biographer was apparently more concerned about his ethics when it came to literal objects than to women is, in its own painful way, apt.

But despite its odd, karmically tragi-comic quality, the scandal over Bailey provokes a miserable calculus.

On the one hand, it’s something of a balm to see W.W. Norton take accusations of sexual assault seriously, even if they did so far, far too late. One of Bailey’s accusers first reached out to Norton with her allegations in 2018; they forwarded her note to Bailey and let him respond, which he aggressively did.

On the other hand, there’s an undeniable loss. Bailey was given singular access to Roth. The material he accrued, especially in his conversations with the author and those close to him, is not replicable. What lives in Bailey’s book, his notes and his memory is a record of a great American author — a morally compromised one — that cannot be accessed without him.

There would be value, to the public, in having access to the stuff of Roth’s mind, and life, that never made it into his own books. It is tragic to know that material was bestowed on someone so uniquely ill-suited to challenge it. And it is tragic to see it go to waste.

Roth was famed for saying, as Bailey often quoted in interviews — including with me — that his goal was to “let the repellent in.” He found a freedom in the unpalatable. To many, myself among them, that freedom was often moving, and sometimes beautiful. Roth was right that there is more to learn from dealing with humanity, unmasked, than with humanity, nicely dressed and socially polite.

But it also had costs. The repellent is not neutral. By default, it has an object: it is an attitude toward. For Roth, it was often an attitude toward women. And while many of the women in his life loved and stood by him, others, in his life and the lives of those who his art touched, suffered.

So perhaps it’s time, now, to let the repellent out. Not to ignore it; not to obscure it; but rather to recognize it fully, and then to change. Bailey’s behavior was repellent. Acknowledging that odiousness isn’t enough. Apologies and amends, however late, have to be made, too.

It’s a mistake to see Norton’s decision as a strictly ethical one. It’s a business choice. The losses incurred by continuing to publish a man like Bailey, it says, are now judged to be higher than the losses of cancelling an expensive, prestigious title, with all the fallout that choice can entail. This is not a story in which the publisher emerges chastened but heroic. It’s a story in which motives rationally and necessarily change.

Roth is dead. With the ignominious downfall of his hand-selected biographer comes a different kind of death: His legacy will never be separate from the man he chose to convey it.

It’s a sad truth, but it may not be an unfortunate one. There’s been time to mourn Roth, and time to herald him. Now, it’s time to build past what he gave us. To stay frozen in the eyes of history, an artifact in amber, is no kind of afterlife. To be part of a shift in things — part of the surge toward a more complete understanding of what it is to be human — there’s beauty in that.