A century after Woolf asked for a room of her own, Deborah Levy wants the whole house 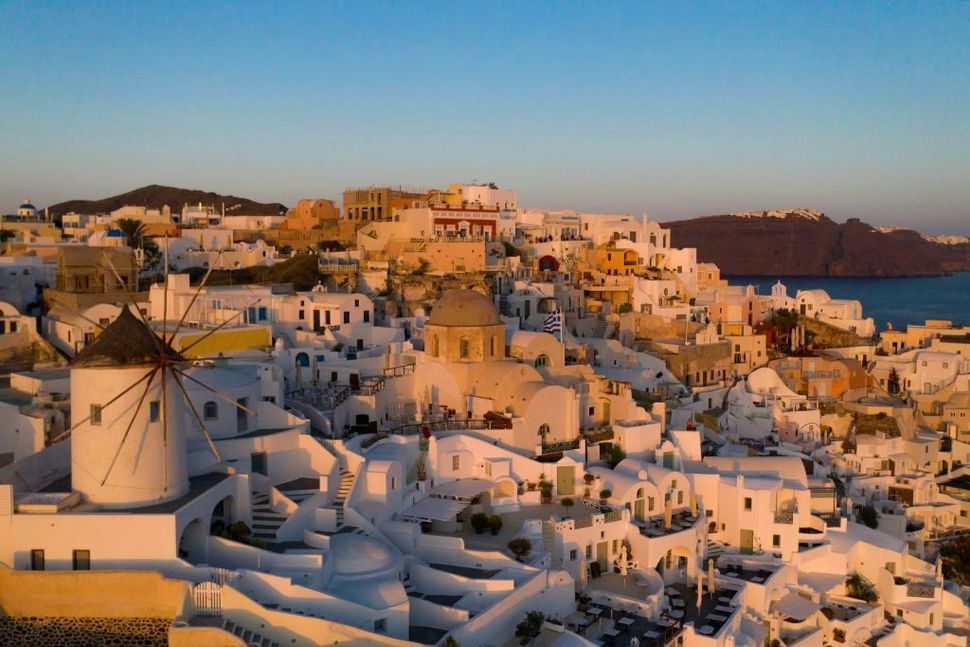 “Real Estate,” Deborah Levy informs us in her memoir by that name, is not a gender-neutral term.

The word “real” derives from the word Latin “rex,” or “king;” in Spanish, “real” still carries that meaning, because monarchs once owned all the land in their domains. Today, the phrase denotes residential property, yet its etymology nods to one of Levy’s central preoccupations: If a man’s house is his castle, for the woman who maintains it, home can be anything but.

Levy knows this all too well, having recently exchanged her well-appointed home, and the marriage that came with it, for a dingy London flat. (For more on that, see her 2018 memoir, “The Cost of Living.”) In the book’s opening pages, she impulsively buys a banana tree that reminds her of the New Mexico ranch where Georgia O’Keeffe spent her old age. Unfurling its leaves in Levy’s bathroom, the only place warm enough to nourish it, the banana tree emphasizes Levy’s precarious material conditions, the paltry nature of her real estate. Yet Levy sees it as a manifestation of what she calls her “unreal estate,” the as-yet-imaginary home where she can “live and work and make a world at my own pace.”

Countless male artists have enjoyed such homes without thinking twice about it. Levy’s seems forever out of reach — not just because she can’t afford it, but because she can’t envision having a comfortable home without subsuming herself in the work of making it.

It’s hard to imagine two words more mundane, less evocative of an artist’s paradise, than “real estate.” But Levy, a writer of quiet economy with a knack for prising apart commonplace language, returns to the phrase again and again, using it to pose a question: Can women transform the home, for millennia an environment that has extracted labor from them, into a place that fuels their creative lives?

Levy, 61, learned the impermanence of home early on: She was born in South Africa but immigrated to England after her father, a member of the anti-apartheid African National Congress, spent several years as a political prisoner. A prolific author and playwright, Levy has long enjoyed critical praise in Britain, including three Man Booker nominations. But her trilogy of memoirs, of which “Real Estate” is the last, situated her among an internationally famous cadre of women, including Elena Ferrante and Rachel Cusk, writing about the experience of unpartnered middle age — literary territory which, if not uncharted, has often gone overlooked.

While Levy tries to articulate what her “unreal estate” might look like, we follow her through a series of temporary and not totally satisfying dwellings: Utilitarian academic quarters during a Paris fellowship, a friend’s bustling apartment in Berlin, a mansion at a Mumbai writing conference whose owner, a prominent female architect, is astonished to discover that Levy lacks her own personal cook. Her wanderings inevitably lead back to the crumbling London apartment block, where she faces the less glamorous task of pitching skeptical film executives on scripts about older women. These are the stories she most wants to write, yet her protagonists’ inner lives seem as elusive as the house she seeks: “What,” she wonders, “did I want my female characters to value, own, discard, and bequeath?”

It’s impossible to write about women and their spaces without conjuring up Virginia Woolf and the oft-cited room of one’s own. Levy takes up the mantle of inheritor consciously, if slyly: A scene in Paris’s Luxembourg Gardens, in which she edges around a patch of cordoned-off grass, recalls Woolf’s infamous expulsion from the “Oxbridge” green, a lawn then reserved for male students. Yet she positions herself against the asceticism that this Woolfian catchphrase has come to represent.

For many of us, the “room of one’s own” Woolf’s title evokes is a spartan one: Devoid of both domestic duty and domestic comfort, incubated and isolated from society. (The cover of my first copy of the treatise featured a dusty garret and a single, non-ergonomic chair.) The best way for a woman to establish herself as a “serious” artist, this image suggests, is to reject home life entirely — and that’s the position in which many followers of Woolf’s dictate have found themselves. Cusk notes in her essay “Making House” that Iris Murdoch lived in “unutterable domestic squalor,” staving off household labor by simply refusing to be good at it. One could interpret Murdoch’s choice as an indulgence, and it certainly involves a degree of privilege: Only for a certain subset of women is opting out of housework even an option. But it also involves a great deal of renunciation.

This is not a vision that appeals to Levy. When friends visit, she greets them spritzes in chilled glasses. She enjoys throwing the occasional dinner party. She remembers with cautious fondness her years as a young mother mastering Indian recipes, an era entwined with her creative development. “Those invisible years raising our children and getting to grips with all those parathas,” she observes, made her “the writer I wanted to be.” While she waits for her “unreal estate” to materialize, Levy stocks up on decor: copper frying pans, tiny coffee cups, turmeric silk sheets.

These may just seem like a series of impulse buys, consumption in the name of feminism. It’s true that Levy recounts her domestic days from a pleasant distance. Her daughters, now in university, no longer require her to prepare their parathas; and her litany of purchases dovetails nicely with the reigning tastes of the culturati. (Those silk sheets she purchased might be the same ones that Instagram has been doggedly advertising to me for weeks.) But in her discomfort with the sojourn in Mumbai, Levy rejects the version of female empowerment where women escape housework by getting other people to do it for them. Instead, Levy argues that women who create homes in their own “best interests” (another humdrum phrase she picks apart for her own uses) are not only protecting their creative time but making a political statement. Levy particularly enjoys cooking for her daughters and their friends, and in doing so she imagines herself modeling a kind of radical homemaking. “If she can create another sort of household,” Levy muses of single mothers, “she can create another sort of world order.”

Does Levy ever arrive at her real estate? Let’s just say this isn’t an episode of “House Hunters International.” What she does do, near the memoir’s end, is rent a Greek villa for a writing trip. It’s as close as she can come to the house of her imagination, a place where she can produce work and painstakingly squeeze fresh orange juice for her visiting daughters. Except that the villa is falling apart — there are worrying holes in the wall, trickling sand on the floor. And her daughters, when they arrive, prefer to drink a beer and update their mother on the state of her banana tree.

While the villa exposes the literal holes in Levy’s homeowning fantasies, it also alerts us to another inflection in the phrase “real estate.” An estate is a legacy, the collection of things one values, owns, discards and bequeaths. And wherever she lives, Levy can find those things in her books, a landscape she’s created for private rest and public good, spaces that anyone can inhabit in their own way. They may belong to her, but anyone, she tells us coyly, may “play on the grass.”

A century after Woolf asked for a room of her own, Deborah Levy wants the whole house