Why Jews are still crazy about mahjong 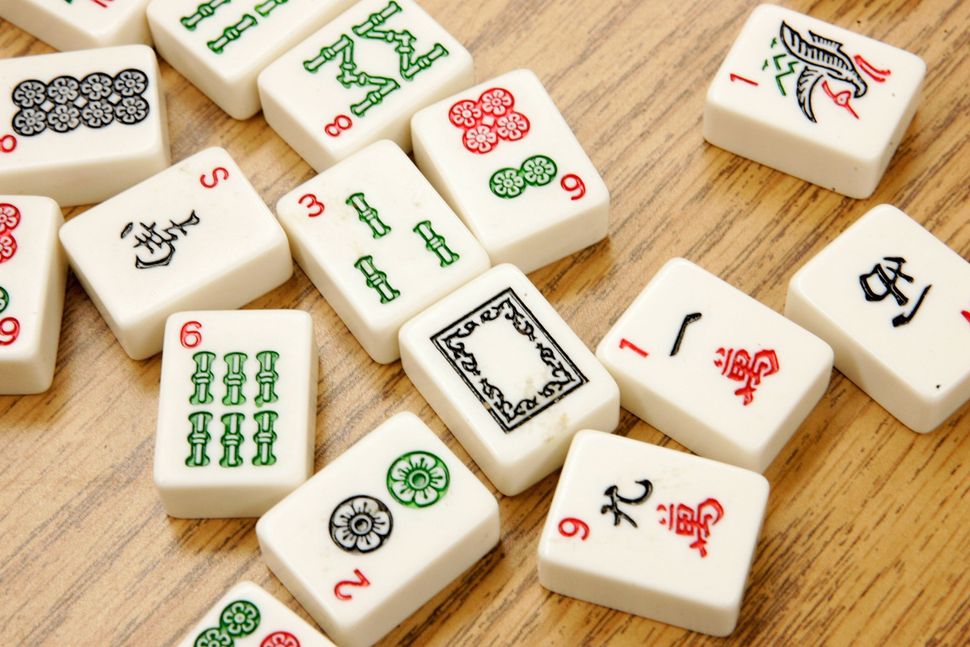 From the 1920s until today, mahjong has captured the imagination of American Jewish players like few other games. Annelise Heinz, who teaches at the University of Oregon, is the author of “Mahjong: A Chinese Game and the Making of Modern American Culture.” Recently, I spoke with Heinz about what mahjong has meant to Jewish communities.

Even though it was really invented in Shanghai in the 19th century, was the purported antiquity of mahjong one reason why Jewish players appreciated it? The National Mah Jongg League founded in 1937 by Jewish women, you write, “never emphasized its strongly Jewish leadership” and most of its charity projects were “intentionally non-sectarian.”

To the degree that even today it is seen as an ancient game has added to its popularity among Jewish players. The Jewish women who founded the National Mah Jongg League were entrepreneurial and trying to market mahjong to a wide audience, so they were careful not to position themselves as a Jewish organization. Yet early on, some of their [charitable contributions] did go to Jewish refugee organizations. Only after the Second World War, when the game went into Jewish neighborhoods, do you see a close affiliation to Jewish charities and Jewish life. 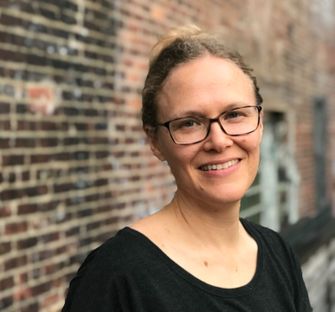 Living in Tile: Annelise Heinz, who teaches at the University of Oregon, is the author of “Mahjong: A Chinese Game and the Making of Modern American Culture.” By Katie Krummeck

George Gershwin wrote a song called “Mah-Jongg,” which was cut from the Broadway musical “Sweet Little Devil” (1924), which gives the game a sense of voluptuousness. Did it ever regain that sense or was it relegated to a domestic Jewish image?

Really by the point of the game’s resurgence in the 1930s, it had become domesticated. It was no longer associated with anything titillating or boundary-crossing.

What did Jewish mahjong players think about Asians? The historian Richard Kraus noted that the 1923 Ziegfeld musical “Kid Boots” included an Eddie Cantor song, “Since Ma is Playing Mah Jong.” The lyric states that a father wants to kill a Chinese man because a balabosta neglects domestic chores. Was this just a joke or also serious?

I think in the 1920s it was both supposedly humorous according to the widespread racism of the time, and also a genuine reaction to the increased mobility of Chinese-Americans who were speaking English and dressing in Western clothes. Also, a reaction to women’s changing gender roles.

You cite one source that in the 1950s, some Jewish families believed that the game originated in East European shtetls and that mahjong was a Yiddish term.

People tell me that even today. In 2011, when I visited the Project Mah Jongg exhibit at New York’s Museum of Jewish Heritage two elderly Jewish American men walked in; one said that mahjong was from the ‘Old Country.’ Some people tell me that when they were growing up, they thought that mahjong was a Yiddish word. It was part of the Jewish fabric they were surrounded with, and they weren’t thinking very hard about it.

Was misogyny the main reason that Jewish men rejected mahjong? Philip Roth’s Portnoy’s Complaint describes Jewish mothers as “cows, who have been given the twin gifts of speech and mah-jongg.” In Woody Allen’s “Annie Hall,” a Jewish mother supposedly “locked herself in the bathroom and took an overdose of mah jongg tiles.”

By the time it was a part of Jewish American culture driven by the National Mah Jongg League, mahjong had already been widely feminized. In the 1950s and 60s, one of the reasons why it spread so widely was that it was exclusively a game for women to connect with each other. It wasn’t like bridge, but about sharing experiences of young motherhood, for example. Jewish men played pinochle, a strongly masculine game. There were lots of recreational spaces for Jewish men, but not many that were specifically considered feminine.

The American architect Peter Eisenman recalled that his mahjong-playing mother, from the same “wealthy, upper-middle-class Jewish [Lowy] family” as fellow architect Richard Meier, “spent all her time” with games and “never engaged with culture. She wasn’t really interested in anything other than her own being.” Was mahjong also evidence of egoistic philistinism in some Jewish women, as Eisenman implies?

Yes, and I have heard that from other women who didn’t play. There were women who saw themselves as more interested in high culture and were less likely to play mahjong. Of course, some Jewish women loved music and theater and also played mahjong, but others held themselves above it, also because they considered themselves not wealthy enough. They often rejected it on the basis of class. The game became strongly associated with middle class culture.

Was playing a Chinese game with fellow Jews ever seen as subversive or an escape from Jewish identity that was persecuted in Europe and America? In the 1940s and 1950s, some Jews like Sidney Rittenberg, Sidney Shapiro, Solomon Adler, Sam Ginsbourg, and Israel Epstein, became allies of Mao Zedong in the People’s Republic of China. Did a wider allure of China for some Jews surpass the game of mahjong?

Right, right. It is part of the larger question that connects in various ways Jewish and Chinese people, especially in the United States. People talk about that in terms of the [Jewish and Chinese] people sharing a long past, a special sense of time. Jews were also outside of Protestant culture, going to the Chinese restaurant on Sundays and Christmas and connecting with another non-Christian group, the Chinese. It’s never discussed explicitly in the evidence I gathered, but on some level, it’s probably significant.

Judy Goldstein Trerotola, of Combined Jewish Philanthropies of Greater Boston, wrote a poem celebrating mahjong as “cacophonous, waking up the senses of not only touch but sound…/ It pushes us to think, to plan, to dream.” How much of the appeal of mahjong for Jews is just an opportunity for nonverbal wool-gathering, a timeout for meditation?

Yes, absolutely, I’ve heard people describe it as therapy, as a time when you can stop thinking about all your worries. The other thing that stands out in the poem that I love are the deeply sensory levels at which the game is experienced.

Although apps have been developed and Jewish community centers offer online mahjong classes don’t these eliminate the communication due to physical proximity among players? Some of this was alluded to in a joke published by Joseph Epstein in “Commentary” in 2011: Mrs. Kaufman, Mrs. Ginsberg, and Mrs. Greenstein play a silent game of mahjong, interrupted by an occasional krechtz of “Oy,” “Oy veh,” and “Oy gevalt.” Mrs. Kaufman interjects: “Ladies, I thought we agreed that we wouldn’t discuss our children.”

Exactly, And again that is part of the importance of connecting to shared experience. If you separate the game play from every other part of it, you can certainly play mahjong online. But what makes the game so robust, and has created unique cultures in so many different contexts, the roots are in the tiles and other physical aspects of the game, played in person. A lot of people I know who have been playing online during the [COVID] pandemic, they have not said they plan to replace their inperson game with the online version. They still plan to return to it.

Why Jews are still crazy about mahjong