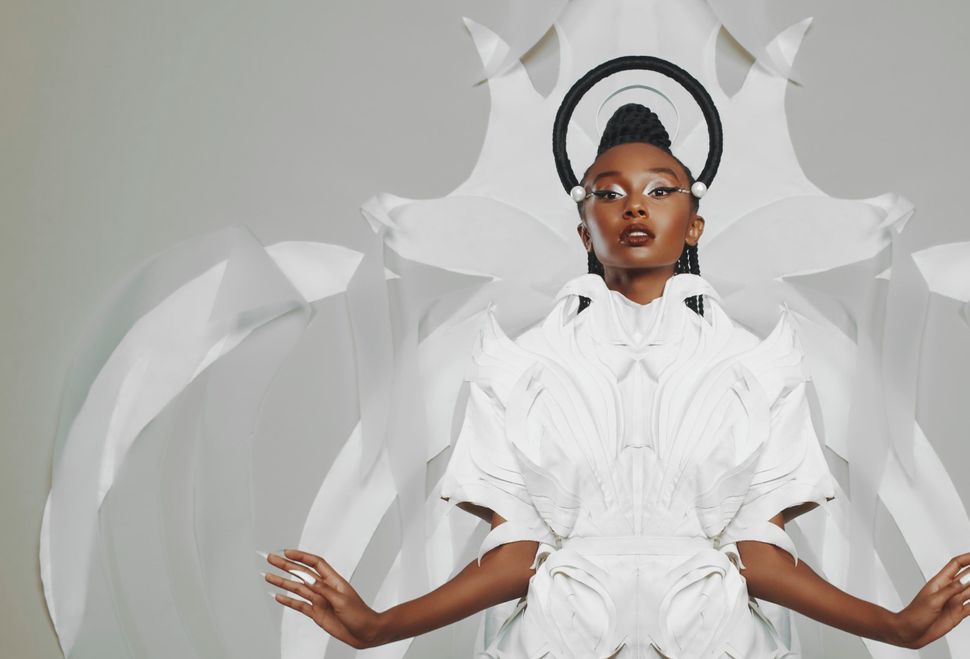 I began the interview with a question I ask almost everybody these days: “Do you have a pandemic hobby?”

Eden Alene looked at me, politely confused. “What is a pandemic hobby?”

“You know,” I said, thinking of all my failed sourdough starters. “A lot of people learned to do new things because they had so much time.”

“Ah, no.” She shook her head and smiled. Her Zoom background was decorated with all the paraphernalia of the conspicuously relatable celebrity: A number of suspiciously pristine houseplants in pastel pots and a Polaroid camera. But I doubt she’s been puttering around with a watering can; her pandemic year has been a busy one.

Alene, 20, is Israel’s emissary to the 2021 Eurovision contest, where she made it to the grand finale before Italian rock band Maneskin snagged first prize. She’s also the first singer of Ethiopian descent to represent the country. When we spoke, a few weeks before the festival began in Rotterdam, her schedule was filled with last minute preparations. That day was given over to interviews. On the next, she had dance rehearsals and a dress fitting. Then came a farewell concert in Israel, her last appearance at home before setting off to the Netherlands. Before preparations for Eurovision intensified, she’d been working on the full-length album she prepares to release sometime after the contest is over, and performing as much as pandemic circumstances allowed. “Even if I was at home,” she said, “I did a concert on Zoom.”

Though the Eurovision song contest goes virtually unknown in America, in the countries that compete (with a few exceptions, like Israel, mostly European ones) it’s a huge deal — like the Super Bowl but international, and with a lot more sequins. The winner earns cross-continental bragging rights and brings the next year’s contest to their home country. (After Israeli singer Netta Barzilai won in 2018, Tel Aviv got to host.) Top prizes at the festival have launched major careers, including that of ABBA, the Swedish band that won in 1974, and Ofra Haza, the Israeli singer who placed second in 1983.

For Alene, it was a long road to the Rotterdam stage — and not always an obvious one. Born to Ethiopian Jewish parents who immigrated to Israel in the 1980s, she grew up in Jerusalem. Her mother enrolled her in a local conservatory at the age of three, where she started out studying ballet.

“I thought, this is my future,” Alene said. “I’m going to be prima ballerina.” But her singing always stood out. In kindergarten, she was singing with a friend when a nearby adult asked the other girl to stop so Alene’s voice could ring out. When the head of the conservatory discovered her talent as a singer, Alene switched specialties.

As a high school student, Alene sang in the Jerusalem Youth Chorus, which is made up of Jewish and Arab teens. Director Micah Hendler told the Times of Israel that as a chorister, she developed a reputation for “hustling and working.”

Then, at age 19, she competed in “HaKochav HaBa,” the “American Idol”-style reality show through which Israel selects its Eurovision nominee. She won in February 2020, embracing her mother onstage when the victory was announced. It was a national milestone, not just a personal one.

“I feel proud of myself as an Ethiopian,” Alene told me. “It’s amazing, thinking back 30, 40 years. Today, you can see Ethiopian people on TV winning first place and not second. Not getting silenced.”

At the time, the idea of a national lockdown was unthinkable to most Israelis. So Alene was crushed to learn, during a live TV interview just two months later, that the competition had been canceled due to the pandemic. In the ensuing months, several countries switched their contestants, and Alene waited anxiously until she found out that her nomination was secure.

What did change is the song she sang. Alene herself had little control over her Eurovision performance. Instead, a selection committee reviewed 10 songs and chose three for her to record. After she created music videos for all three — an intense process that played out in just about two weeks — the public voted on a winner to send to Eurovision.

In 2020, Israelis picked a song that felt like a fitting tribute to Alene’s heritage and trailblazer status: “Feker Libi,” a power ballad whose title means “my beloved” in Amharic and includes lyrics in three other languages: English, Hebrew and Arabic. This year, after a second vote, she sang “Set Me Free,” which is also a certified bop, but a far more generic one. Depending on how you read them, the entirely English lyrics could celebrate a breakup (“Getting you out of my life / I feel so strong”) or the end of pandemic-era lockdowns (“Feeling like in prison / looking for the reason”). The recently-released music video was shot in a faux-European plaza, a far cry from any of the streetscapes that actually exist in Israel.

Asked if she had been rooting for any particular song, Alene was diplomatic — “Whatever it will be, I’ll give my 200 percent” — but said the leitmotif of freedom appealed to her. “I really want that when someone hears this song, they have three minutes of taking time out of their lives. That’s what happens to me when I sing it. I really feel free,” she said.

As all good pop stars do, Alene embodies a kind of perfectly choreographed freedom onstage, bounding around and letting her braids fly across her face as if moved by the impulse of the moment, not following a well-rehearsed routine. Despite her comfort in front of an audience, she prefers to stay home when she can, watching animé in bed with her dog on one side and her sleeping boyfriend on the other. (The “sleeping” part is important, because they don’t like the same shows.)

But all that had to wait until Eurovision was over. “I’m 50 percent nervous,” she said, after a little mental calculation. “40 percent excited, and 10 percent confident. But I don’t want to get too confident.” She turned around and knocked on wood.