The one story Norman Lloyd waited a lifetime to tell 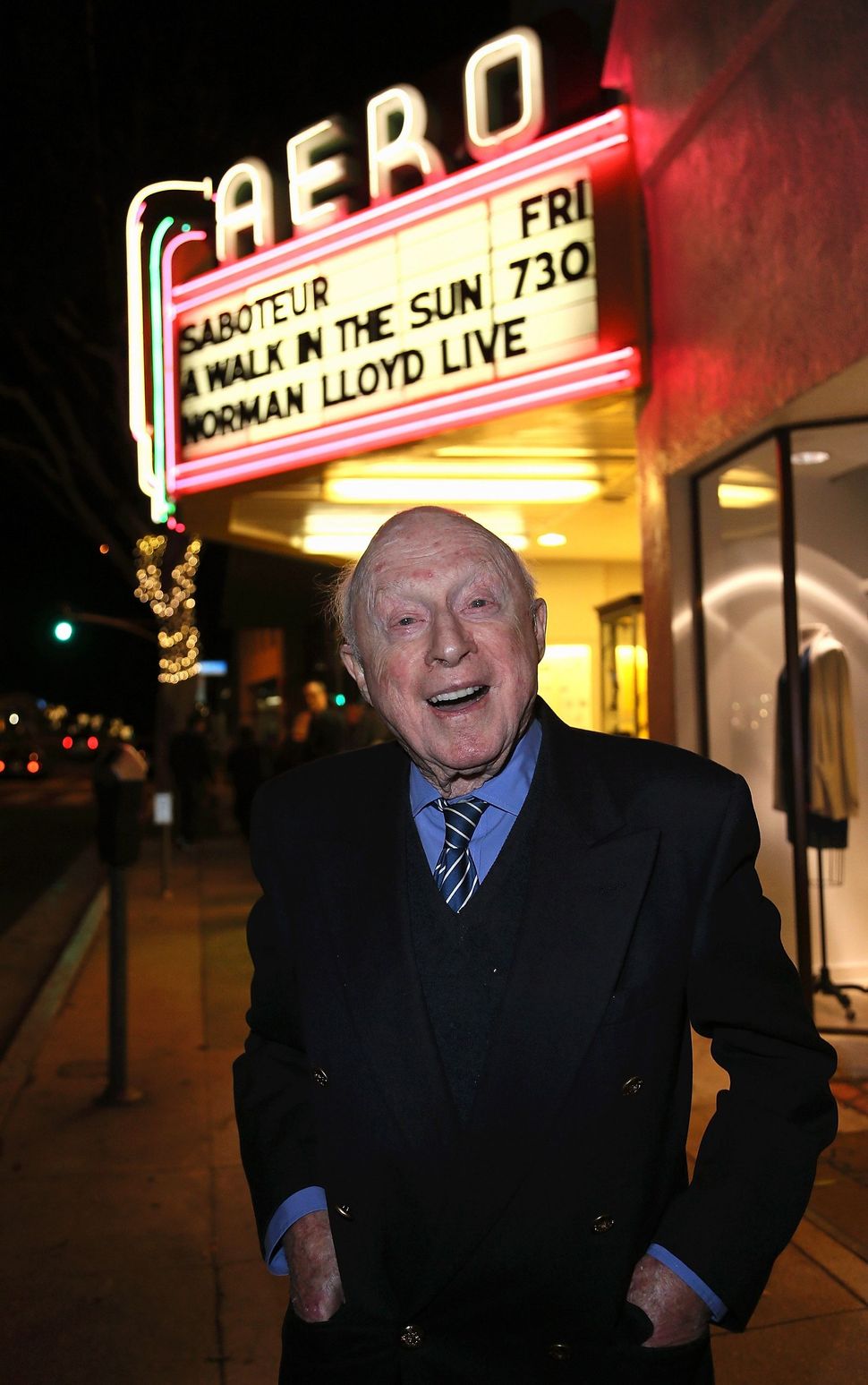 There were countless memorable moments during the production of our documentary film “Who is Norman Lloyd?” Arriving at the Telluride Film Festival in a tiny prop plane for the premiere and encountering the 9000-foot altitude was merely one of the headier ones. Interviewing Karl Malden, an acting idol of mine, started out as a nervous and excited moment and ended up an endearing warm and funny encounter I will never forget. Hearing Norman speak of his long friendship with Walter Matthau was so moving it had us in tears. But as I think back on the more than two years we were involved with each other to tell what was then the story of a 90-year-old tennis playing actor, director and producer, one, in particular, is the most vivid to me personally.

We were interviewing the great producer Samuel Goldwyn Jr. He was gracious and full of good sound bites for the film. His office was quite elegant and as we were preparing to leave we were very careful not to bump into anything. Mr. Goldwyn took me aside to ask how the shoot was going. We chatted a bit and then he said to me, “How did Norman do talking about being blacklisted?” My face betrayed my total ignorance and surprise at hearing this. This episode was never mentioned in Norman’s memoirs nor in any research I had done up to then and Norman had never so much as hinted at it. Goldwyn was shocked and said to me quite adamantly that you cannot tell his story without that chapter. It’s central to everything that came after including his professional rescue by Alfred Hitchcock who hired him to produce his now classic TV series. I was fairly speechless but got up the courage upon digesting this, to ask him if he could help us get Norman to come around.

Mr. Goldwyn said he would. He took Norman alone into his office while I discussed it with the team. About 15 minutes later he returned to tell us that Norman promised to allow us to interview him about it. Whew. You see, Norman had self-censored this episode from his public history from some combination of anger, trauma and shame. There was also a stigma he still believed it might carry decades later and that it might dwarf the rest of his story.

The next day we settled in to tackle this sensitive subject. It took him a while to warm up during the interview and I worked gently to get him to ease into it. When he did, what came out was the most candid and raw moment in the film and to me the highlight of the whole thing. Norman was a fairly legendary raconteur but like many with that gift, he liked to control the whole story. But now he couldn’t hold back his seething anger and hurt. His outburst was awesome and unforgettable as was his expression of heartfelt gratitude to his great friend and ally “Hitch.” We might never have known or accessed this part of his story were it not for Mr. Goldwyn’s help and thank God he thought to ask me that question when he did. Films are made up of many happy accidents and this sure was a big one. I cannot imagine the story without it.

One last thing. My producers (Michael Badalucco and Joe Scarpinito) were anxious that my editor Ray Hubley and I finish the film’s lengthy edit, concerned that Norman might never see it if we took too long. By then he was 91. To think he lived to be 106 was certainly another very happy accident for all who knew him and one more of his singular accomplishments.

Matthew Sussman is an actor, and producer and director. His films include “Who Is Norman Lloyd?”

The one story Norman Lloyd waited a lifetime to tell