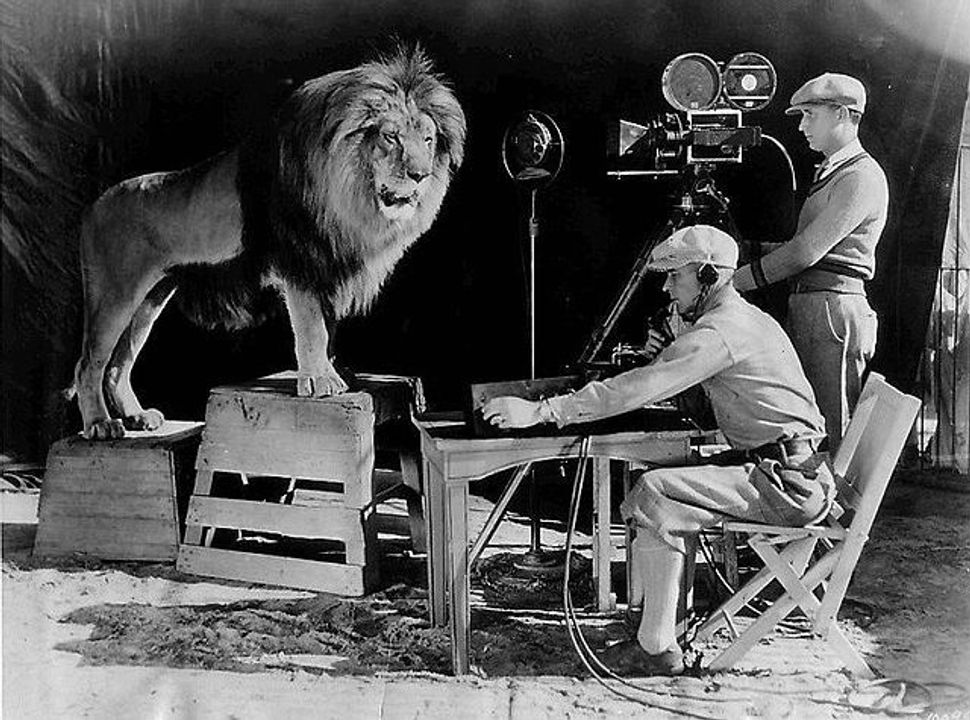 Leo the Lion in 1928 Photo by Wikimedia Commons

Amazon has nabbed a lion in winter.

The retail and entertainment giant announced Wednesday that it would acquire MGM, the storied movie studio for $8.5 billion, giving them the keys to franchises like James Bond and Rocky, and landing the flagging studio around $3 billion more than its valuation. If all this consolidation seems like a product of the 21st century’s rapacious online monopolies, it’s actually true to the spirit of Metro-Goldwyn-Mayer’s multihyphenate origins.

It all started with a few Jews. Samuel Goldwyn (né Goldfish), a Polish immigrant, who founded Goldwyn Pictures in 1916, produced a raft of silent films, standing out from the crowd of upstart studios with a striking production card featuring a real-life lion encircled in a crest.

In 1924, Marcus Loew, who owned a chain of theaters, bought Goldwyn’s outfit. This was part of the old “vertical integration” system, wherein production companies also controlled distribution and owned the cinemas showing the films. It was a bit of an antitrust issue, but one recently vanquished right as Netflix began snapping up theaters. Loew acquired Goldwyn to diversify his slate of pictures after buying Metro Pictures Corporation a few years before.

So, so far we have the Metro and the Goldwyn part of MGM. Where does the last M come in? Louis B. Mayer, who helped start Metro, but struck out on his own with Louis B. Mayer Pictures, came to Loew asking to be bought — in exchange, Mayer built on his success as producer alongside the wunderkind Irving J. Thalberg.

These men came to embody the Hollywood Golden Age with classics like “Gone with the Wind” and “The Wizard of Oz.” Their way of doing business — what Mayer termed Mayer’s Ganze Mishpocheh, was recently brought to life in David Fincher’s “Mank.” We also have these two to thank for the Oscars, which Mayer began in order to spurn Hollywood unions.

But fortunes rise and fall. Over the years the house that Mayer (and Goldwyn and Loew and Thalberg) built changed quite a bit to stay in the game. It paired with United Artists. It changed hands between businessman Kirk Kerkorian, Ted Turner, an Italian conglomerate. It even filed for bankruptcy in 2010.

While the studio is responsible for some of the most iconic images in film, for many decades its story was one of fighting to survive and stay relevant. Leo the lion had some lean years, and now Amazon has the lion’s share.