From the confinement of a ‘ghetto,’ the liberation of great art 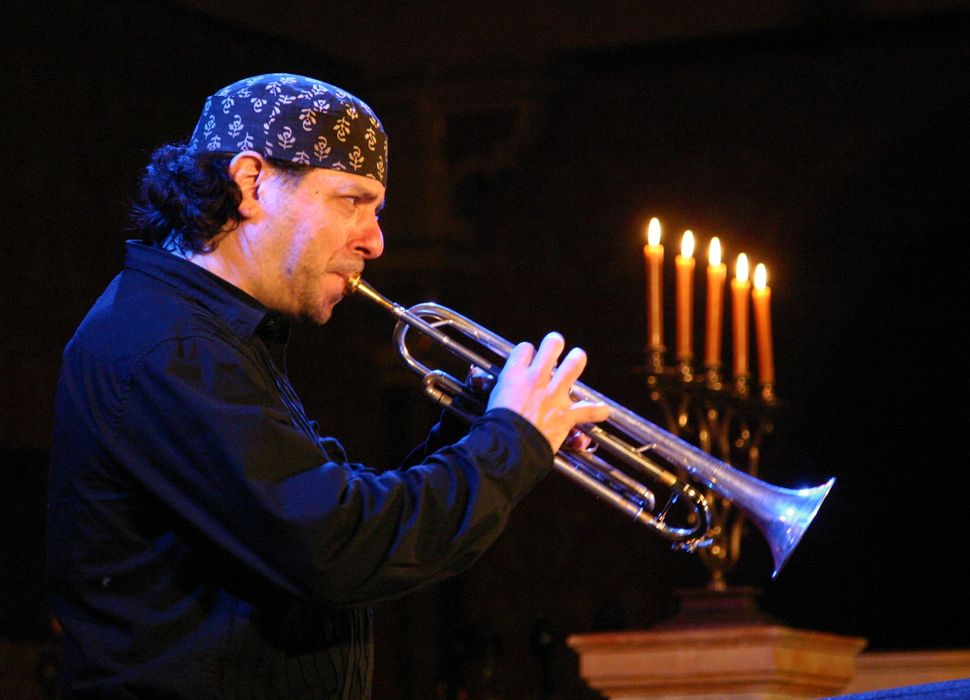 London Calling: Best known for his work in klezmer and contemporary Yiddish music, Frank London is the most influential and prolific Jewish music visionary of the last 40 years: By P. Romo

The other day, I looked up the word “ghetto” in the online Urban Dictionary, in order to get a sense of how the word is being used in the vernacular these days. While the definition provided there is problematic and poorly written, I was struck, however, by the very first sentence: “When someone is to be described as ‘ghetto’ – it is used to describe that person’s STATE OF MIND.” [Emphasis not mine.]

I referred back to my notes from my reading of “GHETTO: The History of a Word” by Daniel B. Schwartz (Harvard, 2019). I wasn’t expecting to find anything relating to the Urban Dictionary definition, but much to my surprise and delight, my very first note was that in his 1928 book “The Ghetto,” German-born American Jewish sociologist Louis Wirth wrote, “The ghetto is not only a physical fact, it is a state of mind.”

Not that the distinction is helpful to or would have been greeted enthusiastically by an inhabitant of the historical ghettos of Venice, Warsaw, Krakow, Harlem, Watts or Cape Town, whose mundane, everyday struggles with the effects of ghettoization were very much based on the quite-tangible reality of poverty, hunger violence and disease, and not on one’s state of mind.

Still, the notion of “ghetto” as a mindset, one that results from being ghettoized, also seems accurate. Former inhabitants of a ghetto might exhibit a kind of “ghetto mentality” shaped by the experience of fear and poverty that infuses ghetto life. The ghetto outlook need not even be limited to those who personally experienced life in a ghetto; such an outlook could be passed down to one’s heirs and could have infected the world-view of the people who were ghettoized. 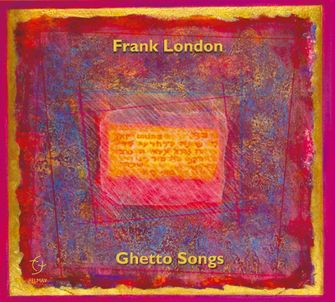 Ghetto Songs: On his new album, Frank London’s unique approach is to cross-pollinate the ghetto experiences of different cultures, Jewish and otherwise, over the course of the last 500 years. Courtesy of Yale Epstein

A curiosity about how the term ghetto was used over the hundreds of years of historical evolution of confined populations led Schwartz, a history and Judaic Studies professor at George Washington University, to try to pin down the shifting use of the word itself along with the changing nature of the ghetto, from the ur-ghetto of 16th century Venice — where Jews were consigned to live in the part of town known as geto, where a foundry — geto in Italian — was once located. The result is Schwartz’s eminently readable, accessible and eye-opening history.

Composer-musician Frank London has long labored part-time in one of those “state of mind” ghettos. Best known for his work in klezmer and contemporary Yiddish music, London is the most influential and prolific Jewish music visionary of the last 40 years: a co-founder of the Grammy Award-winning modern klezmer outfit the Klezmatics; the leader of over a half-dozen other bands with different and specialized approaches to the great variety of Yiddish and Jewish music; and composer and co-creator of stage works including the Yiddish-Cuban opera “Hatuey: Memory of Fire,” “Salome: Woman of Valor,” and the folk-opera “A Night in the Old Marketplace,” based on a play by I. L. Peretz.

It is no surprise, therefore, that London has released a new album titled “Ghetto Songs” (Felmay), an outgrowth of several projects commissioned by Beit Venezia, a Jewish cultural center in present-day Venice. In 2016, on the occasion of the 500th anniversary of the establishment of the Venice Ghetto, London composed music for the first historic performance of Shakespeare’s “The Merchant of Venice” in the Ghetto itself. He returned to Venice a few years later with a cross-cultural program of songs from various traditions called “Ghetto Songs”; the new album in large part is made up of songs from that program.

London’s unique approach is to cross-pollinate the ghetto experiences of different cultures, Jewish and otherwise, over the course of the last 500 years. Thus, a courtly vocal piece by Italian Renaissance composer Salomone de’ Rossi rubs up against a 20th century Yiddish protest song by Mordechai Gebirtig, written in the Krakow Ghetto. An original take on South African township music, itself influenced by Malawian music and American jazz, is juxtaposed with the 1973 pop-funk hit “The World Is a Ghetto” by the Los Angeles-based band WAR. A piyyut (Jewish liturgical poem) from Morocco’s mellah (Jewish quarter) dances with a love song equally evocative of 16th century Italy and the work of film composer Nino Rota. Other numbers are redolent of opera, Broadway and cabaret.

The album features four different vocalists on a dozen tunes, including Karim Sulayman, cantors Sveta Kundish and Yaakov “Yanky” Lemmer, and Brandon Ross and an all-star lineup of instrumentalists, including Marika Hughes on cello, Ilya Shneyveys on accordion and keyboards, Gregg August on bass, Kenny Wollesen on drums, and Ross on guitar. In its sweeping array of different styles tied together by the unitary theme and London’s trumpet-playing — he is as much the lead “singer” on the album as any of the vocalists — and with London’s overall aesthetic, basing arrangements in various traditional forms and then allowing them to effloresce with modern accents and contemporary urgency, “Ghetto Songs” hits with the sonic and emotional impact of Paul Simon’s “Graceland” or some of Peter Gabriel’s world-music efforts of the 1980s and ‘90s. It is lovely, passionate music that, perhaps ironically, cannot be penned into any musical ghetto.

There is a dialectic at the heart of the ghetto. On the one hand, it exists as a de facto or de jure open-air prison, shackling its inhabitants solely on the basis of religion, ethnicity and race. Nevertheless, life goes on behind the walls and gates of the ghettos, and the imposed isolation winds up serving as a catalyst of creativity. True to Schwartz’s history, London’s program explores that realm, looking far and wide for songs that were written in or of the ghetto. As he puts it in the liner notes, “Songs … are a means for inhabitants of ghettos to express their humanity in inhuman conditions, to escape from harsh realities of subjugation, to give voice to their yearning and hope.” Just as the original geto manufactured copper, so have subsequent ghettos forged vibrant ideas of self-identification made manifest in the art and culture they have produced. London’s “Ghetto Songs,” like his entire body of work, in no small way builds upon that dynamic at the same time that it celebrates freedom and improvisation.

Seth Rogovoy is a contributing editor at the Forward and the author of “The Essential Klezmer: A Music Lover’s Guide to Jewish Roots and Soul Music” (Algonquin Books, 2000).

From the confinement of a ‘ghetto,’ the liberation of great art