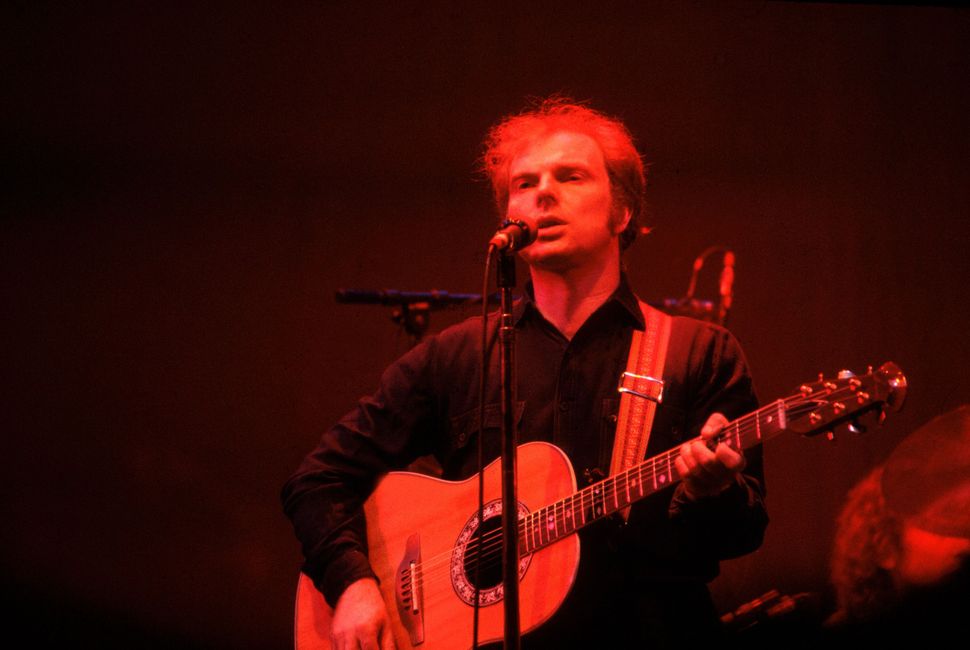 There is not one single moment of wit, humor or self-reflection on Van Morrison’s execrable new album, “Latest Recording Project Volume 1” (is that “Volume 1” a promise or a threat?). Morrison gives full voice to his inner Karen throughout the album, kvetching about everything from COVID lockdowns, bad reviews, Facebook, and, insidiously, Jews who control not only the media but pretty much everything in the world. As one critic aptly put it, now we know what the “Protocols of the Elders of Zion” would sound like with saxophone accompaniment.

If your idea of a good time is 28 songs full of bitter invective, resentment against unseen powers and forces, and holier-than-thou-ness put to lazy, phoned-in blues and “Celtic soul” in leaden, by-the-numbers arrangements, then by all means don’t let me spoil the party. If listening to over two-dozen songs laced with QAnon-like ravings is your cup of tea, then I have nothing to offer you and you should stop reading right now.

Other great or once-great artists have released albums that have befuddled or angered their fans. Greil Marcus famously opened his Rolling Stone review of Bob Dylan’s 1970 album “Self Portrait” — which contained almost no original songs — with the line, “What is this shit?” Even worse, thousands of fans felt betrayed by the Jewish rock-poet when in 1979 he released “Slow Train Coming,” which seemed to indicate that Robert Allen Zimmerman had undergone some kind of Christian born-again experience, out of which he was transformed into a New Testament scold.

But even at his crankiest, Dylan gave listeners something to laugh about, a knowing wink of an eye, on the album’s hit single, “Gotta Serve Somebody,” wherein for the first time ever he referenced in song his family name when he sang, “You can call me Bobby, you can call me Zimmy,” an allusion to an old comedy routine by Bill “Raymond J. Johnson Jr.” Saluga. (Dylan was less funny on the follow-up album, “Saved,” but he made up for it on the final of his so-called born-again trio of albums in an ode to hypocrisy-busting comedian and social satirist Lenny Bruce.)

There are no laughs on “Latest Recording Project Volume 1,” unless you count the ones where you laugh at the depths to which Morrison has sunk both lyrically and musically, that is, if you can get past the depravity of his mindset. You’ve probably already read or heard about the song, “They Control the Media,” which, while never explicitly naming who “they” are, is basically a reiteration of the age-old antisemitic canard that Jews control the media. Even worse, sings Morrison, “they control everything you do.” His paranoid obsession with this unnamed “they” that runs rampant throughout the album opens up a whole new area of Morrisonian speculation: Who was he thinking of when he named his first band “Them”?

Once upon a time, Van Morrison may have been rock music’s most lovable crank. Just thinking about him dressed in the sparkly pantsuit he wore for “The Last Waltz,” threatening to split a crotch seam whenever he kicked his leg up in the air on his over-the-top rendition of “Caravan,” always brings a smile. And for anyone of a certain age and demographic, his 1970 album “Moondance” was in everyone’s record collection and part of the soundtrack of the Seventies. His inconsistent live performances were annoying to some, but they also added to his mystique and the sense that Morrison was more real or authentic than your average pop star. (For the record, I saw Morrison live six years ago at Forest Hills Stadium and he was great.)

But on his latest album, Morrison gives full vent to the misanthropy, and especially the misogyny, that has always bubbled beneath the surface of his songs. On “Why Are You on Facebook?” he insults the vast majority of his listeners when he sings, “Get a life, is it that empty and sad?” The song “Western Man,” with its pseudo-sociohistorical analysis that the title figure has “let others steal his rewards …. They stole it while he was dreaming” and that the only way back is to be “prepared to fight,” for which he should “Plan to start meetings in the forest,” could be a theme song for right-wing militias if it had a singable melody, or any melody.

Morrison turns his bile toward women in “No Good Deed Goes Unpunished” when he sings, “Booked her to the top restaurant table / But she said she didn’t like the meal / I got her tickets for the opera / But she complained about the VIP seats.” Morrison even finds a way to bash recipients of social welfare in the same song, complaining “Gave you a million Euros / Said that it wasn’t enough / How come when you’re still fit and able / You’re too lazy to go out and work.”

At the risk of proving his mad ravings to be true, Van Morrison—you are hereby and forthwith canceled.

Seth Rogovoy is a contributing editor at The Forward and the author of “Bob Dylan: Prophet Mystic Poet” (Scribner, 2009). Subscribe to Seth’s Substack newsletter at sethrogovoy.substack.com/welcome