Does focusing on Van Morrison’s alleged antisemitism ignore a much bigger problem? 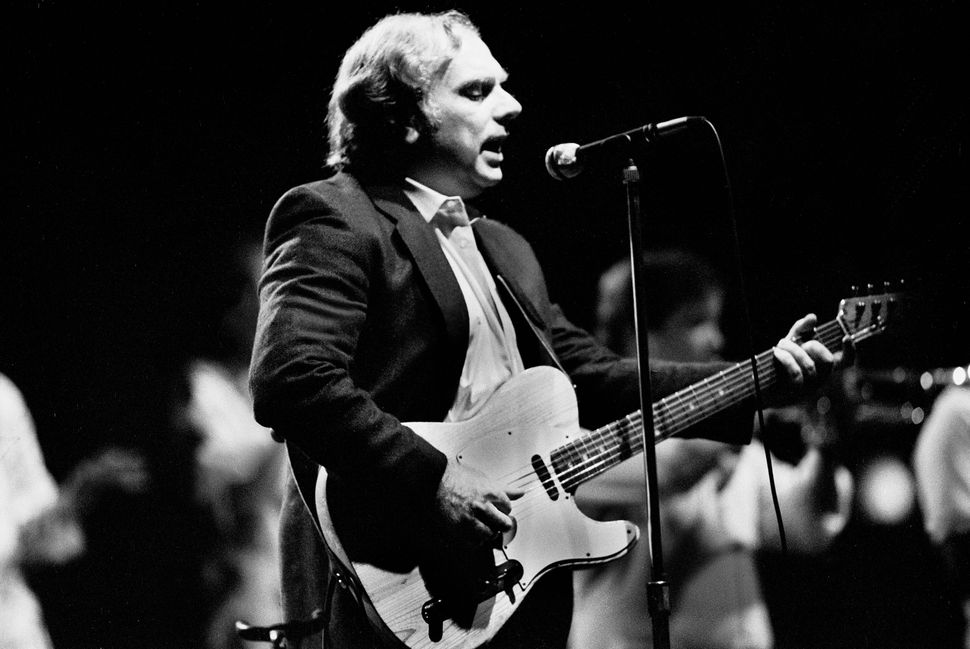 Van the Man: The once-influential Irish singer-songwriter is under scrutiny for alleged antisemitism in his latest release. By Getty Images

When does hypersensitivity about potential antisemitic slights promote or unnecessarily highlight Jew-hating tropes?

If a septuagenarian Irish pop singer wrote a song claiming that “They are all rich” and “They are all stingy,” what sensible Jewish listeners would raise their hands and admit that the tune must be about Jews because, over the years, imbeciles who have never met any Jews and know nothing about them have claimed that all Jews are fabulously wealthy and ungenerous?

Such an engagement with centuries of hatred would be akin to accepting, or even expecting, the persecution itself.

Yet when news broke that the Irish singer Van Morrison’s new album included a feeble faux R & B song called “They Own the Media,” many listeners were quick to jump to comparable conclusions.

Morrison, onetime fans fear, has become an antivaxxer, crank, and apparent ally of QAnon, from which the worst may be expected.

Yet those who, referring to Morrison, trace the “Jews control the media” trope back to the 1903 fabricated Russian antisemitic text “Protocols of the Elders of Zion” and the Jew-hating auto manufacturer Henry Ford’s “Dearborn Independent” newspaper in the 1920s are being unduly optimistic.

Faced with such beliefs, it is tempting to reply, as comedian Jon Stewart did: “If Jews control the media, why don’t we give ourselves better press?”

Or perhaps to suggest that instead of signifying Jews as “they,” maybe Van Morrison was warbling about the Rupert Murdoch clan, whose media empire has damaged American democracy more than any propaganda effort since World War II.

But then, Morrison has a track record for crypto-Jew hatred, as heard in a song released in 2005 on a label owned by David Geffen, born in Borough Park to a family of Jewish immigrants who met in British Mandate Palestine.

Morrison’s “They Sold Me Out” modestly placed the singer in the role of Jesus, kvetching that his “own people” sold him out “for the few shekels more.” Yet reacting to this paranoid sense of betrayal from a highly successful popstar with more paranoia hardly resolves the issue.

In Woody Allen’s 1977 film “Annie Hall,” Alvy Singer rantys against showbiz antisemites, claiming that television executives took the occasion of asking him if he had eaten yet to taunt him with being Jewish, because the words “Did you eat?” sounded to his ears like “Jew eat?”

Larry David’s “Curb Your Enthusiasm” likewise displays a libido for detecting presumed antisemitic (or anti-baldness) slights where they might not exist.

David and even Allen have their devotees but few would wish to model a life philosophy on those two icons of maladjustment.

Rather than developing ulcers about possible allusions in a Van Morrison song, why not pay attention to actual slights that have been overlooked or forgotten? More significant than vague, imprecise mutterings from a past-it singer are overt statements about Jews controlling the media from UK Prime Minister Boris Johnson in a 2004 novel. 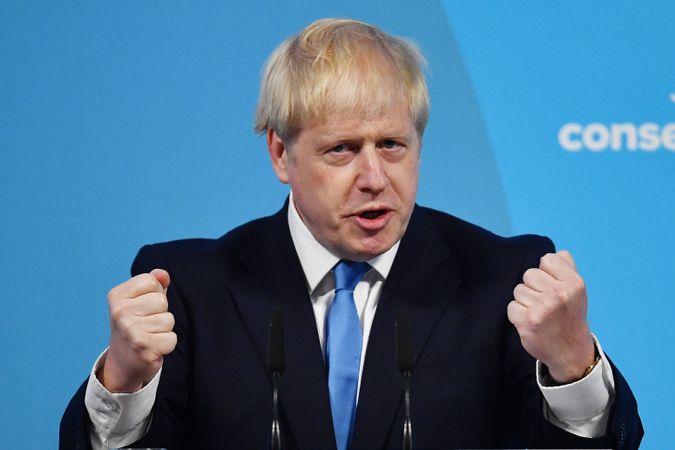 “Seventy-Two Virgins: A Comedy of Errors” described how oligarchs “of Jewish origin” “are able to change the results of elections. Johnson depicted a Jewish character named Sammy Katz as having the eyes of an “unblinking snake” who sends his son “pathetic presents, every five years, of low-denomination bills.”

Johnson was criticized at the time by political opponents, such as Andrew Gwynne, a Labour Party official, who said: “Boris Johnson’s writing invokes some of the oldest and most pernicious antisemitic tropes about Jewish people controlling the media, and associating Jewish people with shady business, financial greed and being responsible for oppression and exploitation. This rhetoric fuels prejudice towards Jewish people. These are his own words as a narrator, not those of a character and he wrote them while he was an MP and a Conservative Shadow Minister.”

Yet Johnson was subsequently elected mayor of London and later, prime minister. The fact that few people were willing to read a novel of wretched quality may have led to its quick oblivion, although its small-minded attempts at wit contained hate language against other minorities too.

It surely takes more effort to locate and read through any novel than to listen to a song on YouTube, so inevitably Van Morrison will have more immediate impact than a bigoted fiction writer, even one holding a prominent public office.

Yet it remains a fact that the leader of the UK expressed in print the trope that Jews control the media and got away with it scot-free. Should we be amazed that one of his country’s citizens should feel emboldened to make unsubtle suggestions of the same ilk? Prominent people have been uttering this kind of bilge with impunity for years, so why plotz if a songwriter emits a mediocre song along these lines?

After all, Van Morrison has rebelled again pandemic restrictions, although his age and avoirdupois place him among those especially endangered. It is a matter of personal temperament whether we should wish him Zolst leben un zein gezunt! (You should live and be well!) or, alternatively, Es zol bay dir vakhsen a trolley car in boykh! (A trolley car should grow in your stomach!) before his next compositional effort.

But Morrison’s fundamental irrelevance for American Jews, still reeling from four years of authoritarian reign, is obvious when compared to the serious existential threats facing all Americans right now.

Does focusing on Van Morrison’s alleged antisemitism ignore a much bigger problem?