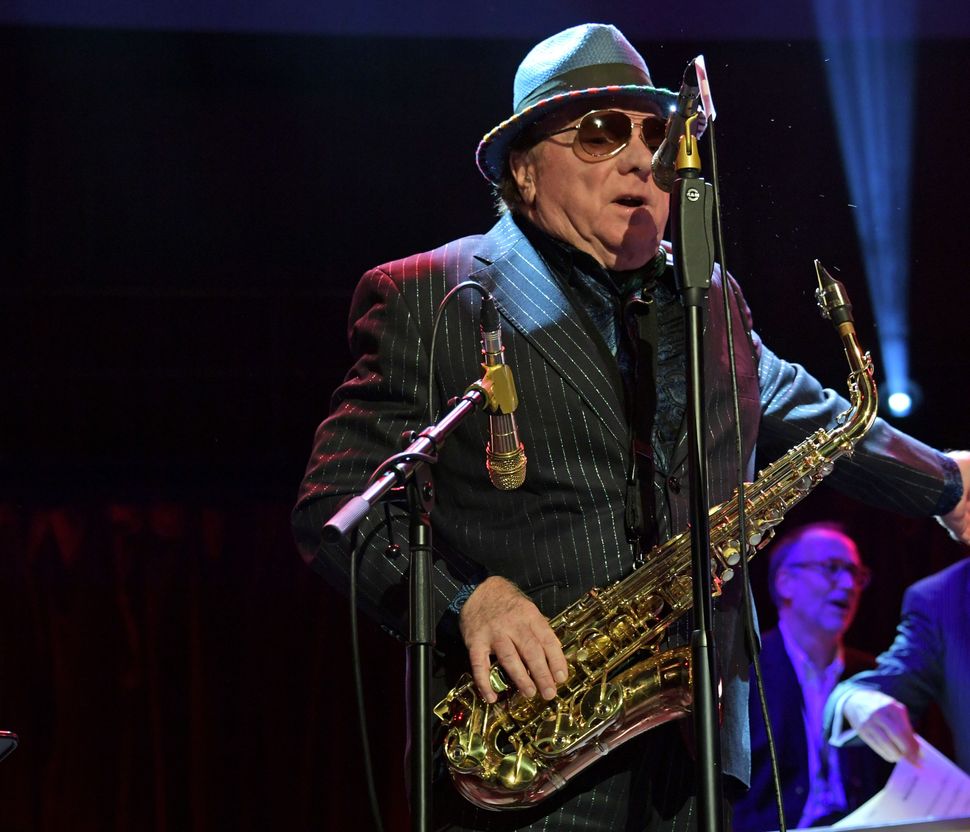 Van Morrison in concert, wearing one of those hats he controls the industry for. Photo by Getty/David M. Benett/Contributor

New antisemitic Van Morrison track dropped! At least it sure sounds like it.

The Irish songster, after months of COVID denial and “Braveheart” talking points about the UK “taking our freedom” for wanting to curb the spread of a deadly virus, released the song “They Own the Media” on streaming platforms Thursday. And boy is it ever on-brand with Van the Man’s conspiratorial spiral!

Even though who “They” are is never specified, you’d be forgiven for thinking the tune contains the sonic equivalent of triple parentheses around its primary pronoun. In response, we offer our own lyrical interpretation of “They Own the Media,” which is about no one in particular.

He tells us that pinstripe suits are in
I guess for the guy who owns Big Fedora that’s a win
He owns the trilbies he controls
What hipster headwear is sold
You ever try to go against him, you will be sans hat
Because he controls
He controls
He controls the homburgs, he perpetuates the myth
Keeps on telling you lies, telling you you don’t look like a d—k
Just go gracefully bald and you’ll never get wise
To the truth
Cuz he controls
Brown-eyed girl blues
Fake COVID news
Dented hat miscues
Slanders about Jews