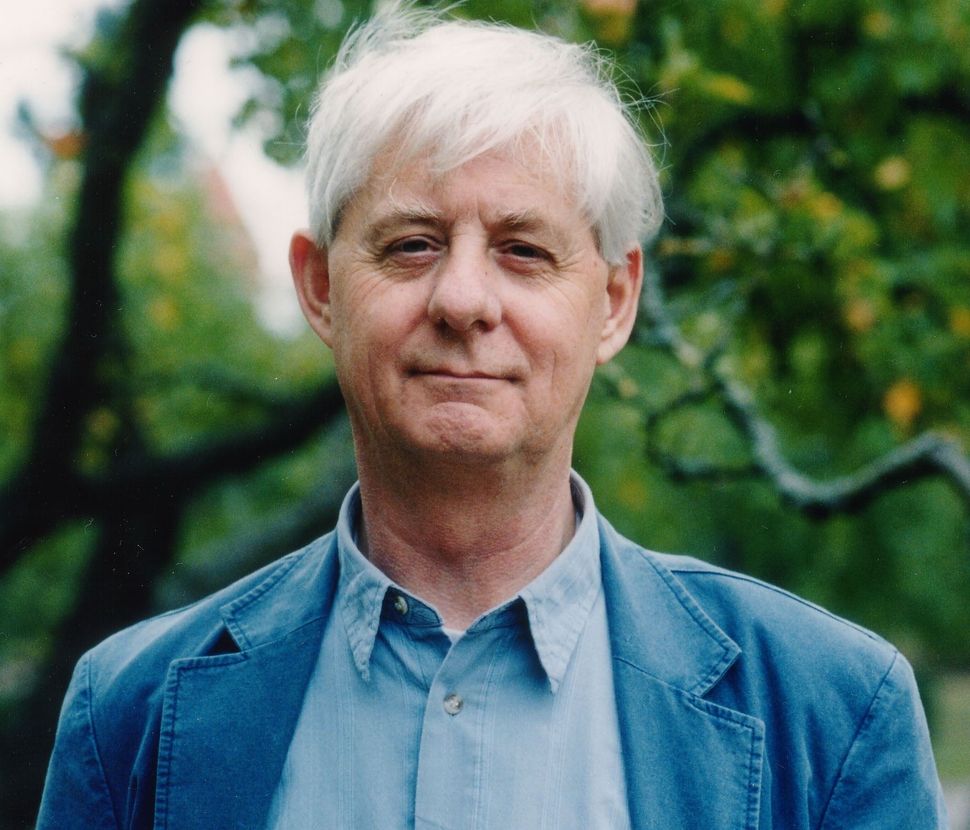 British writer Aiden Chambers, whose 1982 young adult novel, “Dance on my Grave,” inspired the movie “Summer of ’85,” says he couldn’t be more delighted with the results. Specifically, that Francois Ozon, a French filmmaker, adapted and directed the gay love story.

Hollywood would have sentimentalize it while a British director might have turned it into a dreary slice-of-life TV serial, he dryly noted during a phone conversation from his home in London.

“Ozon’s film is a moving story beautifully told with intelligence and just the right edge that lifts it up, though in the novel there was more humor,” Chambers said. “I understand how that might not have worked in the movie.”

Relocated to a French seaside community — the novel is set in London’s Southend on Sea — “Summer of ‘85” centers on 16-year-old Alex (Félix Lefebvre), a lonely lost soul, and his evolving love affair with the somewhat older, cockier and more experienced David (Benjamin Voisin).

Like the non-linear novel, the film is largely told through flashbacks. From the outset we know that Alex has been arrested for pillaging a gravesite. The book was suggested by a news clip Chambers read about a young man who had been arrested in the late 60s for desecrating the grave of a loved one.

“In my mind the story took place in the late 70s,” Chambers recalls. “It was certainly a pre-AIDS era.”

What’s most notable in the film and, indeed, the ground-breaking novel, was its low-key treatment of a gay love affair, coupled with the fact that the hero’s lover is Jewish, which until the end is incidental.

For Chambers it seemed perfectly natural for one of the lovers to be Jewish given the setting, which boasted a fair number of Jewish residents. More to the point, Chambers had taught in London’s South End on Sea where many Jews still live. He says that writing about Jews posed no great challenge.

“There was little difference between my Gentile and Jewish students or their families, with one exception,” he recalled. “The Jewish families seemed especially concerned with their children doing well in school.”

Chambers maintains he was mindful of avoiding Jewish stereotypes, admitting that elements in the novel that seemed innocuous might be more pronounced on screen — from David’s upscale background (compared with Alex’s working class family) to his formidable mother, an effusive and steady presence in David’s life.

“She was in fact based on a Roman Catholic woman I knew,” he said.

But what about David himself who, in stark contrast, to the innocent, wholesome Alex, is wily and seductive?

Chambers does not see those qualities as stereotypically Jewish. Nonetheless, he toyed with the idea of making Alex Jewish and David the non-Jew. But he decided against it because as an artist he felt the protagonist’s experience and sensibility needed to be in sync with his own in order to be a fully realized character.

Born in Northern England in 1934, Chambers grew up an only child and a poor student. He spent two years in the Royal Navy (compulsory service), then trained as a teacher. After three years of teaching he joined an Anglican monastery in Stroud, Gloucestershire.

He had always been interested in monasticism as a way of life and had been persuaded by a group of Anglican (Church of England) colleagues to give religion a chance. “I liked closed communities such as theaters, ships at sea and even schools,” he says. “I decided to go to what seemed to be the heart of the matter and become a monk.”

But three years into monastery life he knew he had made a mistake, did not believe in the dogma and “got ill when I needed to write what I didn’t write,” he adds. “It’s important to say I was a compulsive writer from the age of 15.”

He began by publishing novels and plays written for the teenaged pupils he had taught. Two years later, he left the monastery with a profound understanding of spirituality as having a central place in life. He also learned about the secret lives of teenagers because they had confided in him and their most private revelations fed into his stories. Nevertheless, he balks at the concept of so-called “young adult literature.” “That’s like saying detective stories are only written for detectives,” he says. “My work is not just intended for teenagers. In fact, I expect them to have to reach in the same way I do when I read literature.”

Chambers is identified with non-traditional story telling techniques that may embrace shifts in time and tone, various points of view, and even drawings, cartoons, and news clips interspersed throughout.

“I hate the word ‘experimental,’” he says. “But I love form more than plot. I like being conscious of the author’s presence, what I call ‘the author’s second self,’ that which is written by the stranger within me. That’s not to say I lose the plot thread which must be present throughout.”

Chambers says his greatest literary influence is Chekhov, whom he dubs second only to Shakespeare.

Friendship and love are Chambers’ central themes. Indeed, “Dance on my Grave,” one of six novels known collectively as the “Dance Sequence,” all focus on those most complex and delicate human topics. “Summer of ‘85’”— and the novel that inspired it — is a perfect example, he said. In the end it’s about the ways in which we love the person we’ve created as opposed to the human being who is there. “It’s interesting that it’s a woman who points that out to Alex,” he said. “It’s often the woman who sees the truth.”

Asked how he might redo the novel if he were tackling the same subject today, he demurred. “Novels are not what you want them to be,” he said. “They’re what they want to be. Once a work is written it can’t be rewritten. You can’t rewrite a life.”

Chambers is now working on a book about youth literature (his second), plays and “a long book never to be finished.” The topic, he said, is old age.