What will #hotvaxxedsummer look like? Israel beat us there 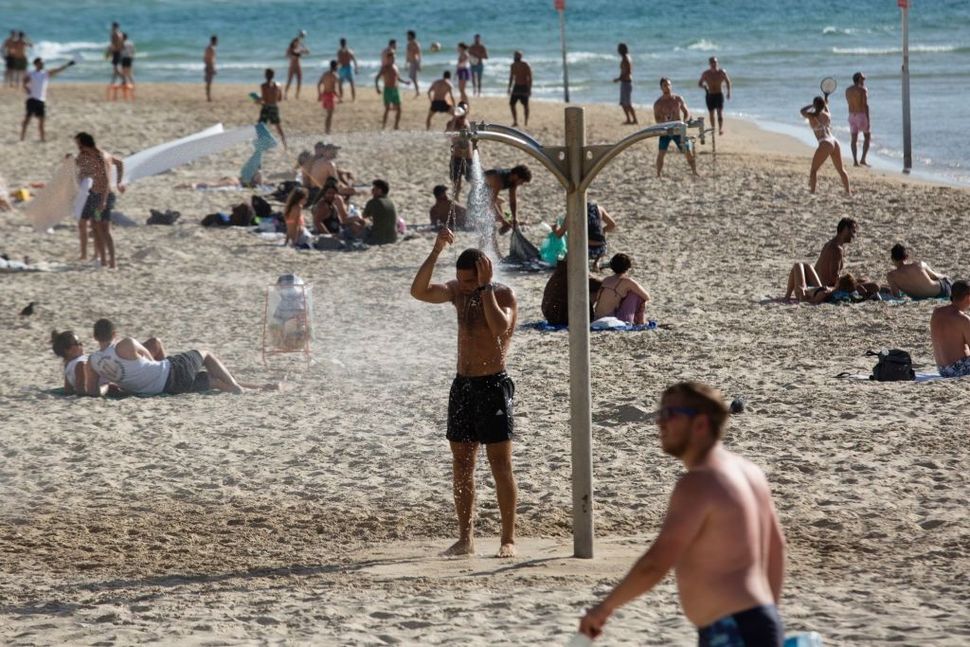 The U.S. is finally reopening. Nightclubs will soon be back in full swing, and people are predicting another Roaring ’20s era of debauchery and indulgence — dubbed, at least online, #hotvaxxedsummer.

But not everyone is so excited. Some are anxious about how it will feel to be in a crowd after over a year of avoiding them like the literal plague, others worried their social skills have atrophied. How do you flirt again? Have the rules changed? Do I still know how to dance? Did I ever?

Israel, on the other hand, is already in the full swing of #hotvaxxedsummer. About 60% of the country is fully vaccinated, according to Reuters, and it’s well into summer; Israel even lifted its indoor mask mandate last week. The pandemic has begun to feel like a thing of the past.

“Now it’s super weird because you don’t feel it at all,” said Adi Hay, a 31-year-old woman living in Jerusalem. “You feel it a little bit on a bus because you see the driver is still wearing a mask, but that’s about it. No one is still distancing.”

As summer arrives in the U.S. and people get ready to let loose their pent-up pandemic energy, Israelis know what we’re in for.

‘Vaxxed, waxed and ready to go’

First, we need to understand the roots of #hotvaxxedsummer.

The term is a play on “hot girl summer,” a line from a Megan Thee Stallion song that became the catchphrase of the summer in 2019. According to Megan herself, Hot Girl Summer (which she trademarked) is about unapologetically having fun, “doing you, not giving a damn what nobody got to say about it.”

Post-pandemic, #hotvaxxedsummer is all of the above, with an added urgency lent by 16 months without parties or sex or clothing other than sweatpants. It’s about making up for lost time. As they’re saying on TikTok, people are “vaxxed and waxed and ready to go.”

All party, all the time

Everyone I spoke to in both Jerusalem and Tel Aviv reported packed bars, restaurants that require reservations at least a week out and sold-out parties.

“I was biking home one night — on like, a Tuesday — and the streets were packed in a way I’ve never seen before,” said Ruti Zwick, a 26-year-old programmer and circus performer in Tel Aviv. She was biking down Nachalat Binyamin, a street near the city’s famous Carmel Market, known for bars and shops, when she was stymied by the crowd.

“Everyone was dancing all on the street, even through the bike lane, and I had to tap on people to get them to move,” she said. “And they don’t even move! I’m literally like bopping them on the shoulder — not gently, you know?”

In fact, despite all the worries about lost social skills, those I spoke to said people are more outgoing than they were before.

“Usually you go out to a party, you stick to your people mostly, you talk to maybe a few new people,” said Hay. “Now you feel you want to talk to everyone.” She said the effect was intense in Jerusalem, where the secular community that populates the bars and parties is relatively small. 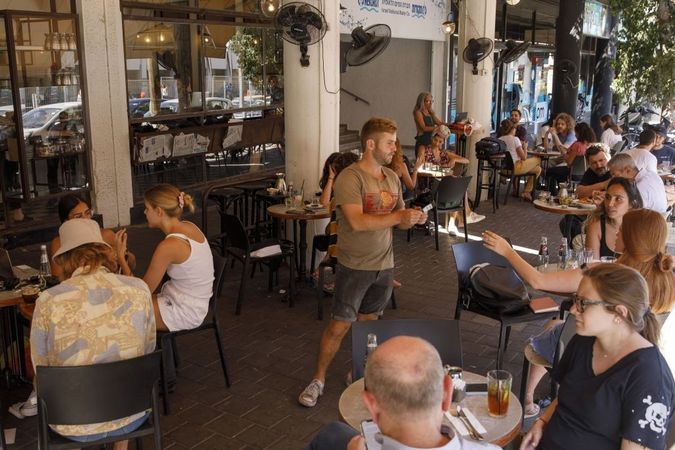 There are other new, positive changes as well — FOMO, or fear of missing out, might be a thing of the past. Even though partying and socializing feels imperative as people make up for lost time, counterintuitively they also feel less pressure to show up to the hottest parties or to see and be seen. Instead, people are only going to events they really want to be at — and their joy in doing so approaches the spiritual.

Arlene Freedberg, an American in her 40s living in Tel Aviv, was always a social butterfly, but she’s going out even more now than she did before the pandemic. “It’s not FOMO, because I’m not missing out on other people’s lives, but I just want to make the most of mine,” she said. “I’m living life to the absolute fullest, I appreciate so much more now being able to go out, go for a drink, meet my friends for dinner.”

Single and ready to mingle

Many people also took the lockdowns as a time to settle down. Zwick, who performs on aerial silks, said there were a lot of new babies among her circus friends who weren’t able to perform in lockdown and didn’t need to worry about working their pregnancy around their trapeze routine.

But now, she said the couples who came together during lockdown are breaking up to participate in the burgeoning bacchanal — even those who thought they wanted something serious all year.

It’s also just a relief to be able to meet people at work or through hobbies.

“All year you really had to be on the apps to meet other people, there was no other way,” said Zwick. “Now, there’s a lot more natural meet-cutes.” 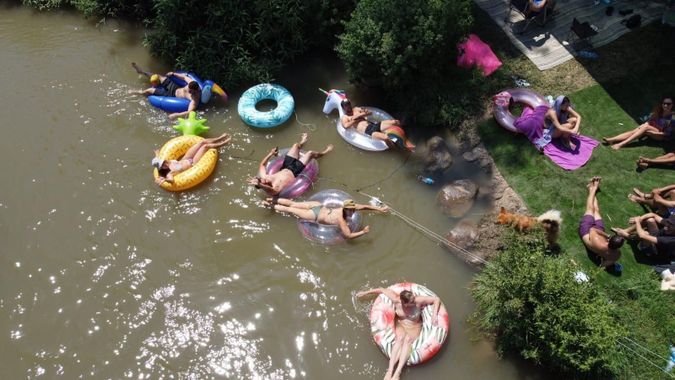 Ruti Zwick and friends party on the riverbank. Courtesy of Ruti Zwick

But not everyone is so pleased to be done with limited options. One man in Jerusalem who asked to remain anonymous speaking about his sex life said he missed the simplicity of having no options.

“Tinder dates are annoying now, you have to take them out,” he said. “That’s a bummer, they used to just come here.”

He said the dates he invited out — whether to a park or illegally open bar during lockdowns or a more legal establishment now — always went worse.

“Corona times, especially the beginning when people thought they were going to die or something, was paradoxically the most fruitful time I had on the app,” he said. “Girls would come over and sit on the roof and have wine, and it was way more relaxed than any outside date I ever had — less awkward. And I noticed that there was a higher probability of anything happening.”

Still, a fruitful sex life during lockdown was a minority experience. Now, in the poetic words of Hay, “Everyone is very hormonal and looking to bang.”

‘How should I human now’

Nitzan Amitay, 28, is having a particularly abrupt transition — she just returned to Israel a few weeks ago from studying in the UK, where she was getting her master’s; London was only just allowing restaurant seating the week she left, and she’s found it jarring to see bustling stores and cafes in Haifa, where she lives.

“It just made me feel really anxious,” she said, but that the stress is “just an automated feeling.”

Freedberg was in Tel Aviv for the whole time, but she had been following the rules closely throughout the pandemic because her small friend-group bubble was strict and she didn’t want to lose them. Such limited socializing for so long meant that, no matter how extroverted and desperate she was for gatherings to return, crowds felt a little weird. 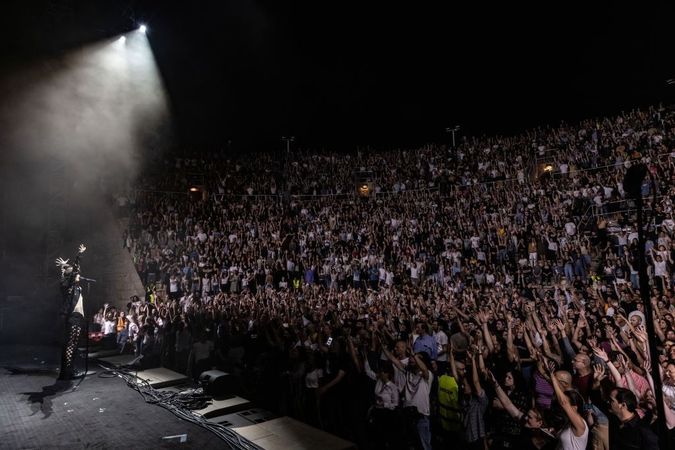 Noga Erez performs to a packed amphitheater in Caesaria.

Though Freedberg called the return of live music “the most amazing thing in the whole world,” she said that going to an unmasked, 2,600-person concert indoors felt a bit unnerving. “I tried not to think about it,” she told me.

Even Hay, who went to some underground parties during the lockdowns, still finds it slightly jarring to be in crowds. “All of a sudden you’re around strangers and you’re like, ‘How should I be? How should I human now?’” she said. The first time she sat in a restaurant, she felt flummoxed, wondering if the rules had somehow changed. Should she order at the counter, or would there actually be table service?

But Americans can take heart in hearing that the adjustment period passes quickly. “At the beginning, big parties were intense. It’s a lot of people,” said Hay. “But the more the summer goes on, people are getting in shape.”

We may be a few weeks behind Israel, but judging by the newly packed bars spilling out onto New York streets, people are committed to overcoming their social anxieties through exposure therapy. I was at a house party until 4 a.m. just last weekend, as though I was in college again instead of pushing 30. A drunk girl I didn’t know hugged me, just like the Before Times. #hotvaxxedsummer, here we come.

What will #hotvaxxedsummer look like? Israel beat us there