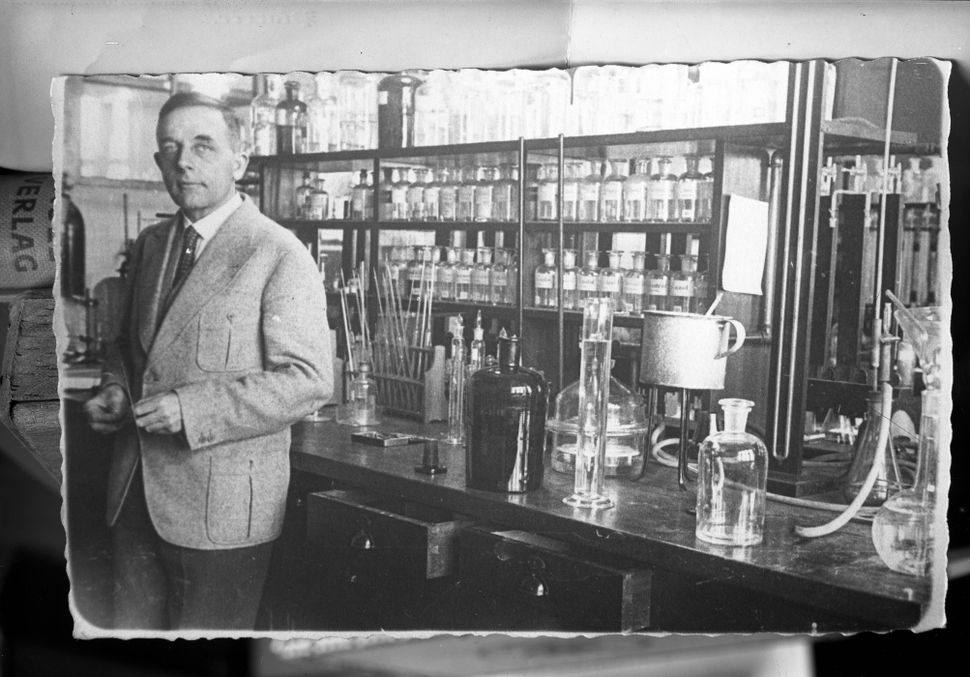 Otto Warburg in his lab

The scientist Otto Warburg played a pivotal role in unlocking a central mystery of cancer. But how he was allowed to advance our understanding of the disease is a mystery unto itself. At the time of Hitler’s ascent, when his colleagues fled en masse or were stripped of their positions, Warburg, a gay man from one of Germany’s most prominent Jewish families, operated his own institute with the Nazis’ knowing consent.

His survival could be chalked up in part to self-conceit.

“Whether Warburg was the greatest biochemist of the era is debatable, but he was almost certainly the most self-important biochemist who ever lived,” Sam Apple writes in his new book, “Ravenous: Otto Warburg, the Nazis, and the Search for the Cancer-Diet Connection.”

Warburg was a brilliant researcher, a Nobel laureate who discovered that cancer cells gorge on blood sugar and ferment their food in a way healthy cells with plenty of oxygen don’t. Warburg was also the sort of man who, when asked to provide a certificate of Aryan descent, refused both to comply and to return a Nazi salute. He likewise refused to hang Nazi banners in his lab.

His nerve in the face of Nazi officials came from no great kinship with the Jewish people (his mother was Christian and we don’t know if he considered himself Jewish), but from a refusal to be cowed by anyone. But what helped him to get away with it — and live a luxe lifestyle with his longtime partner — was the nature of his research.

The Nazis were obsessed with cancer, and Warburg’s work was thought to be so promising that they had a meeting to approve its continuation mere hours before the invasion of the Soviet Union, a moment when one would expect their priorities to lie on the Eastern Front. Behind Hitler and his cohort’s obsession was a dark ideology. Apple’s book reveals the sinister, eugenic underpinnings of the Nazi war on cancer, the so-called “disease of civilization.” The idea extended to diet and found its chilling apotheosis in an organic farm Heinrich Himmler forced malnourished prisoners to build at Dachau, where they often dropped dead of exhaustion growing food for other people.

After the war, Warburg’s reputation faded as genetic breakthroughs de-emphasized cell metabolism as a factor in cancer. But in recent years, his work has been revived by a new generation of scientists revisiting how cells eat and expend energy and the way genes and diet inform metabolism. When a cell ferments with ample oxygen, it’s now called “the Warburg effect.” It’s that effect, and not his prickly effect on others, that Warburg is best remembered by.

I spoke with Apple, author of the books “Schlepping Through the Alps: My Search for Austria’s Jewish Past with Its Last Wandering Shepherd” and “American Parent: My Strange and Surprising Adventures in Modern Babyland,” about Warburg’s work and legacy. The following conversation has been edited for length and clarity.

PJ Grisar: How did you first discover Warburg? 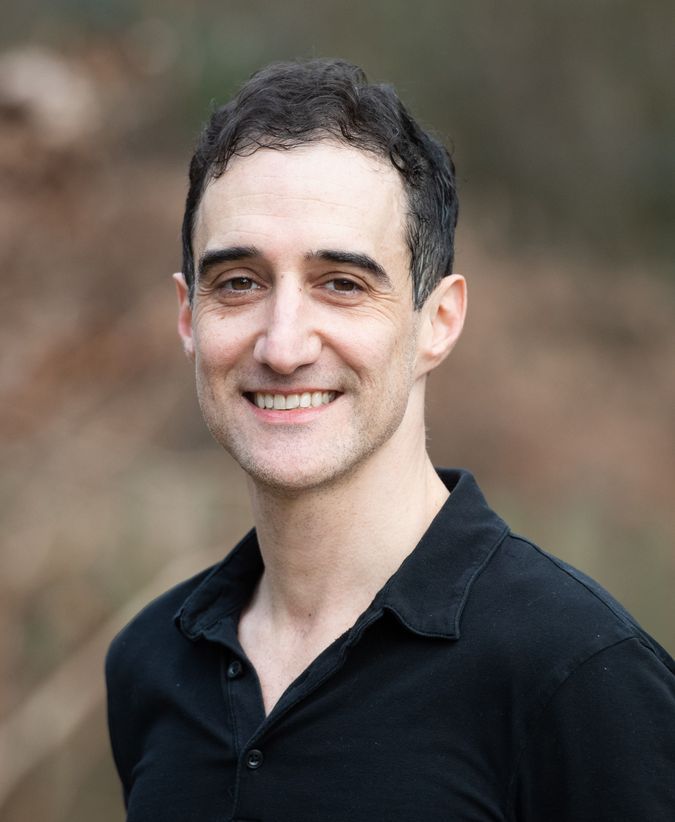 Sam Apple: I had been reading about the way that disruptive metabolism affects our health, mostly in the context of diabetes and heart disease, and I came across some research which discussed how cancer tended to cluster together with those conditions as well. In an article on the topic, I noticed one sentence about Warburg. It said “German scientist who made an important discovery about how cancer cells take up nutrients.” I was curious and I Googled him. As soon as I started to read his story, I very quickly saw that it combined all the things that I’m interested in. Of course diet and cancer, but I’m also Jewish and write about Jewish themes so I had all these things that I write about in one story after I found Warburg.

Throughout the book he’s likened to Dr. Faustus — there are epigraphs from the Marlowe play. I find him less sympathetic in a lot of ways. Was it ever hard to write about him as your main character?

It would have been easier for me, in a lot of ways, to have him be entirely a good guy. He was a great scientist and made important discoveries and really did help people through those discoveries and he also hated the Nazis and provoked them. At the same time he was a complete narcissist. He fought the Nazis only to the extent that they bothered him at all. He wasn’t out there fighting for the Jewish people. Which is not to say that he was in a great position to do so, but I didn’t come away from my research admiring him as a human being. But I did admire him as a scientist and admired him as someone who pissed the Nazis off. The Faust comparison came in part because I saw how he had been influenced by these biologists at the turn of the 20th century who were really interested in not just making basic scientific discoveries, but really reengineering the biological world. It was a moment of great excitement and Warburg, I think, was drawn to that. His goal in life was not to simply make a discovery but to make a world-changing discovery to possess great fame and scientific powers — and he succeeded to a shocking extent. But that hunger for fame and power clearly took a toll on him and, ultimately, after the war, led to his downfall.

This isn’t just the story of Warburg. For a lot of the early chapters we get glimpses of Hitler — the roots of his cancer obsession stemming from his mother’s death from breast cancer. How did cancer figure into the Nazi philosophy?

I learned a lot about the story from Stanford historian Robert Proctor, who wrote a book called “The Nazi War on Cancer.” It’s amazing the extent that the Nazis focused on cancer, and uncomfortable though it is to say anything even that’s remotely positive, they did make some innovations, particularly with screening. But as Proctor explains, and I agree with fully, even though there was a progressive element in terms of cancer prevention, it was always through this sick ideology of wanting to remove any impurity. I think that they really saw cancer and Jews in a strangely similar light. They were each one of a series of things that had to be eliminated from the Nazi body, the Aryan body. Even when they managed to do something positive, it was always through the darkest ideology imaginable.

You mentioned that there’s not a whole lot in English about Warburg, which makes me wonder what his reputation is like in Germany.

In the postwar period I think West Germany was happy to claim Warburg as the rare person of Jewish descent who was still around. He got his institute back. But at the same time, his scientific reputation was crumbling. I don’t think it ever got to the point where he was a household name in Germany after the war, but he was on a postage stamp. There’s a scientific award given in his name and his Institute is now the Otto Warburg House, which currently houses the archives of the Max Planck Society. The revival of his metabolic approach to cancer really started in the U.S., so in some ways there may be more excitement about Warburg here than in Germany. Though I think over the last 20 years the metabolism revival has spread all over the world, so I think he’ll get increasing amounts of attention in Germany now as well. 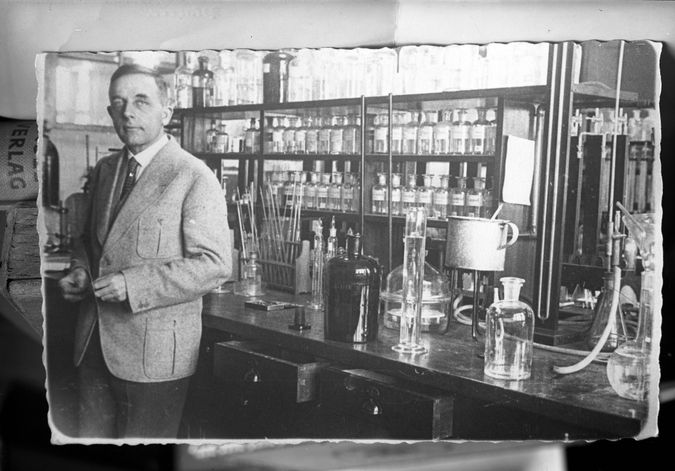 Otto Warburg in his lab

Reading the book, you understand just how much of the scientific community that was feeding this research was Jewish. The Nazis might have made some real strides towards a cure had it been a priority.

One of the hardest things I had to wrestle with is “was it justified from Warburg’s perspective to stay?” I’m not sympathetic to many aspects of his story, but I was sympathetic to his decision to stay. I think, certainly had he been able to leave by the late ’30s, he should have. But in the early years he really didn’t anticipate, like many others, that the Nazi phenomenon would last. He had just had this brand new institute built for him. He was extraordinarily stubborn. He said “I was here before Hitler.”

Do you think he regretted staying?

One line that really struck me is Einstein saying that “to flee Germany in the 1930s,was to admit that you had been wrong about Germany.” And Warburg couldn’t admit that he was wrong about anything. But what was really poignant and revealing was the immediate postwar period, where he didn’t have an institute and tried to find a place in America where nobody really wants him. I think he got very lucky that the Americans decided in the end to give him back his institute in Germany. He was able to restart his scientific life there, but I think he had to see at the end of the war and in the late ’40s that he had made a terrible mistake by not leaving when he had the opportunity.

Is there a record of his response to the Holocaust?

He said to other Jewish scientists, “I think you should come back, and you coming back here and starting an institute again would be the best way that Germany can make amends for what it did.” But there was never what I had hoped I would find, which is just extraordinary indignation. It was always about him. He did very briefly after the war serve on one of these committees that identified Nazis. But even in that context I think that for him part of the appeal was just going after his enemies. It’s just how he was wired.

What should his legacy be?

Somebody once said that Otto Warburg was a brilliant scientist but a rotten human being, and Warburg heard that and said “I’m glad it wasn’t the reverse.” I think that that captures him quite well.