Scrap the sermon? In the pandemic rabbis decide less is more 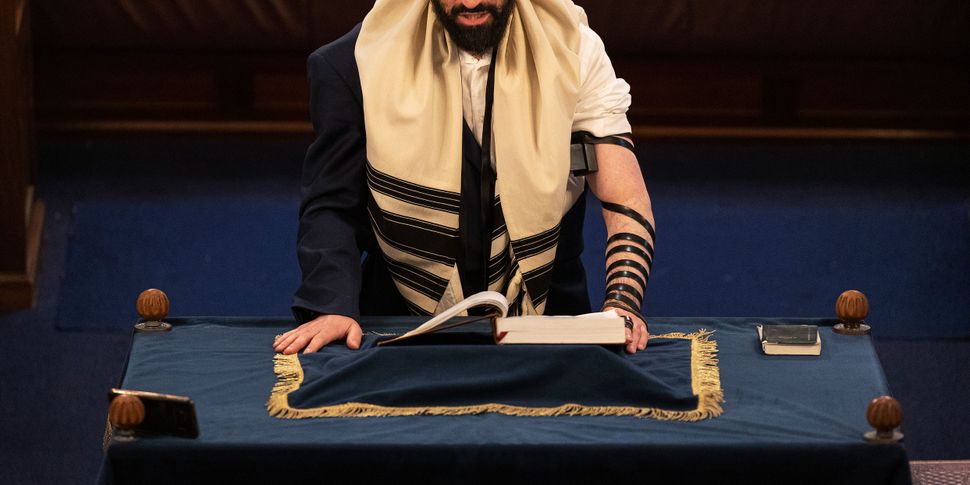 A time to learn, a time to feel, a time to snooze: the rabbi’s sermon. For centuries it has given Saturday morning prayer services their character and depth — and their length.

But last summer, when Orthodox synagogues across the United States held abridged outdoor services to limit the spread of COVID-19, the sermon — along with most singing and large parts of the ritual — became a casualty. Shorn of accoutrements, and with spaced-out seats keeping chatter to a minimum, services moved briskly, almost businesslike.

Now, with congregations mostly vaccinated, synagogues reopened and the traditional service restored, some rabbis are trimming their sermons as part of a concerted effort to keep the service moving and congregants engaged. The pandemic taught what the people in the pews might have been too embarrassed to say to their spiritual leaders: talk less.

Rabbi Kalman Topp, head of Beth Jacob Congregation, an Orthodox synagogue in Beverly Hills, Calif., said that his sermons occasionally stretched past 15 minutes prior to the pandemic. Now he keeps them between five and 10. 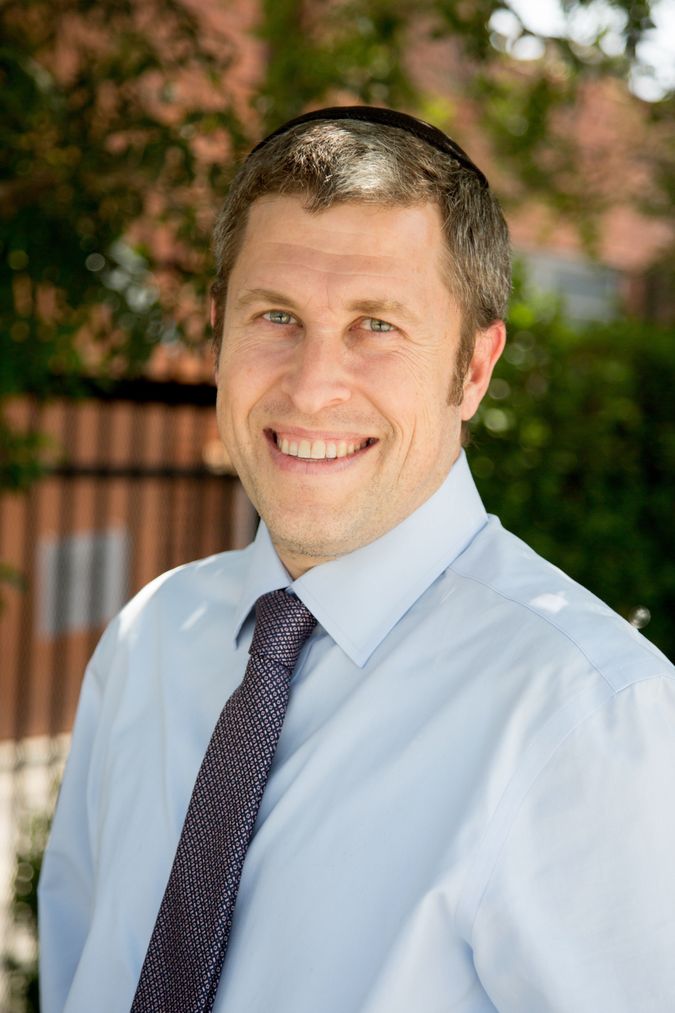 Rabbi Kalman Topp has shortened his sermon to five to seven minutes. “Less is more,” he said. Courtesy of Kalman Topp

The abbreviated sermon is far from the only change synagogues are making in the service of speed. They are also hastening the procession of the Torah scroll, eliminating misheberach blessings between aliyot and cutting out select singing parts — in some cases, enough to get congregants home 45 minutes sooner than they used to.

But while some rabbis still cling to the old format, rabbis who shrunk the speech have encountered little pushback. They are all reckoning with a lesson many are now learning after more than a year of working from home and praying around the corner: people love convenience, and they hate to part with it.

At B’nai David-Judea, an Orthodox synagogue in Los Angeles where this writer prays, Rabbi Yosef Kanefsky has replaced the full-length sermon with what he calls the “mini-drasha” — a five- or six-minute talk. Rather than precede Musaf, the concluding service of morning prayers, his sermon now follows it, more parting wisdom than fire-and-brimstone. Kanefsky said he adopted the new approach after gathering input from longtime synagogue members.

“They enjoyed an experience of davening that had momentum,” he said.

The change has helped reduce the overall length of the B’nai David service by around 45 minutes compared to pre-pandemic times. Congregants are now in and out of shul in less than two hours most weeks — a pace that would have been considered blistering before the backyard minyans made them commonplace.

For congregants interested in going deeper, Kanefsky leads a 30-minute shiur, a text-based Torah class, most weeks after kiddush. Between the shiur and the mini-drasha, his total preparation time roughly equals the pre-pandemic amount.

Shorter sermons are different by nature — more to the point, with fewer offramps to lose sleepy congregants.

“In the old days, I would search for numerous sources that buttress a certain point,” Kanefsky said. “Don’t do that anymore — I got my one source. And then you wanted to weave in a story? Alright, so there’s no story. You have an idea, and you find a delivery mechanism for that idea that is straight and unadorned.”

The Talmud contrasts the approach of Rabbi Abbahu, who favored a storytelling style, with Rabbi Hiyya Bar Abba’s expositions on Jewish law. But the sermon as centerpiece of the prayer service only dates back a few centuries, and is generally understood to have been borrowed from Protestantism.

And before the standard length was 15 minutes, speeches typically lasted twice that.

Rabbi Joseph H. Lookstein, the rabbi of Congregation Kehillath Jeshurun from 1936 until his death in 1979, and who for decades taught homiletics — that is, the art of the sermon — to rabbinical students at Yeshiva University, was known for delivering sermons so meticulously organized you could set a watch to them. Between 11:00 and 11:30 — marked by the bell tower of the nunnery across the street from the synagogue — Lookstein would pack an introduction, three points and a conclusion, week after week.

“When somebody was asked what he talked about, nobody would say, ‘He talked about 30 minutes,’” recalled his son, Rabbi Haskel Lookstein.

In 1958, when he began giving sermons at his father’s synagogue every few weeks, he too spoke for half an hour, reading from handwritten notes that filled about 10 to 12 pieces of paper, double-spaced.

But the younger Lookstein, who inherited both his father’s pulpit and his homiletics class, said the speech gradually contracted.

Around 30 years ago, he said he shortened his weekly sermon to about 20 minutes. And in the years leading up to his retirement from YU, he said, he taught his students to aim for 15. 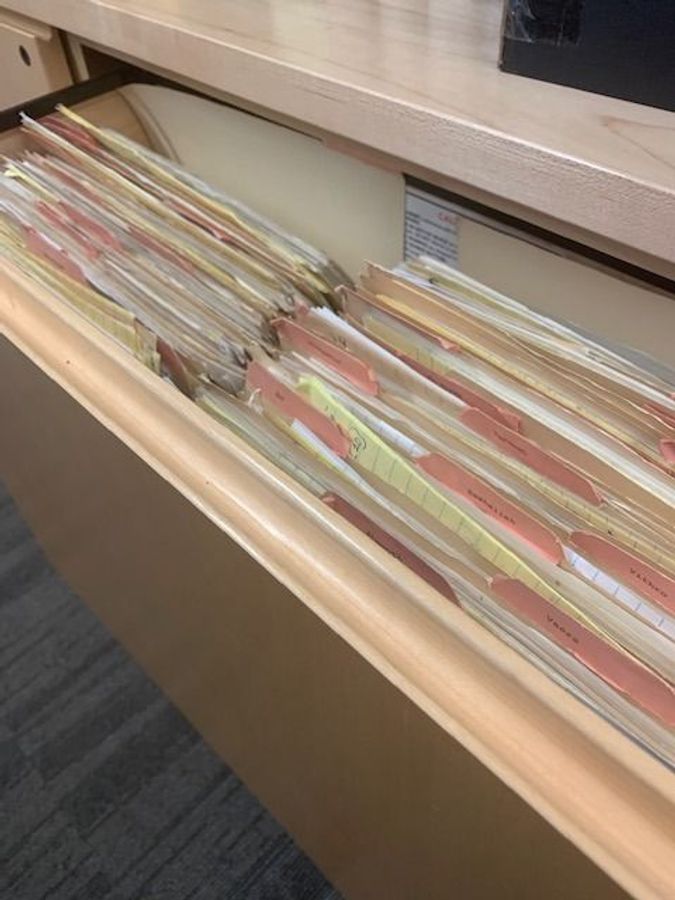 And since returning to synagogue, Lookstein’s successor at Kehillath Jeshurun, Rabbi Chaim Steinmetz, has been speaking for only five to seven minutes. Steinmetz also delivers a longer essay each week — via email.

Lookstein supported the change, and imagined his father would too.

Still, for many people — clergy and lay — the homily remains essential. Delivered after the Torah scroll is returned to the ark, a powerful sermon can inject relevance into the liturgy and build momentum toward the individual’s silent recitation of the Musaf Amidah.

Rabbi David Wolkenfeld, who leads Anshe Sholom B’nai Israel, an Orthodox synagogue in Chicago said the segue from sermon to prayer was impossible to replicate over Zoom, let alone in an email, and is hard to capitalize on with a shorter speech.

He was not the only one wary of sacrificing too much on the altar of convenience.

Lookstein, at least, has made peace with whatever might be lost as services and sermons get shorter. Were he called upon to give a sermon today, he said, he wouldn’t let it go longer than 10 minutes (that is, five or six pages of notes).

Lookstein said he thought that as art of the sermon was lost to time, so would the Jewish capacity for a certain type of intellectual rigor. But losing congregants would be worse.

“What may be lost is depth of thinking, and breadth of covering a subject,” Lookstein said. “But there’s no point doing that if people are not ready to listen. It is what it is. You can’t offer something to people that they’re not prepared to receive.”

Scrap the sermon? In the pandemic rabbis decide less is more