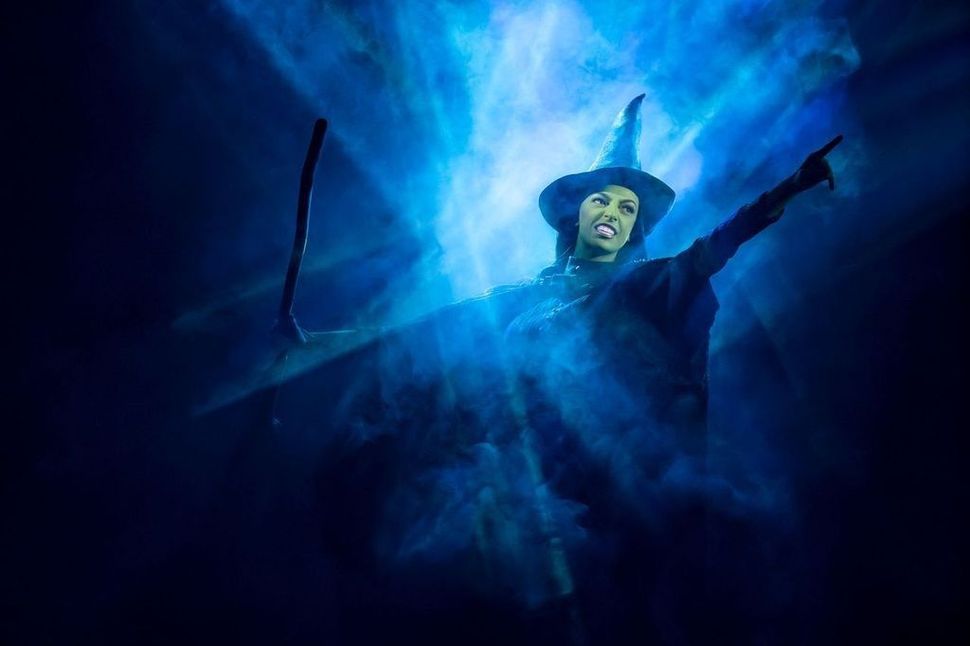 Talia Suskauer first stepped onto the stage at her synagogue’s preschool as Dorothy in “The Wizard of Oz.” Now, she’s starring as Elphaba, the Wicked Witch of the West, in the national tour of the musical “Wicked.”

After making her Broadway debut as an understudy in the musical “Be More Chill,” Suskauer, then 23, joined the “Wicked” tour in the Fall of 2019. She traveled with the show for six months until theaters shut down at the beginning of the pandemic. Earlier this month, Suskauer returned to the role in Dallas, where “Wicked” became the first tour of a Broadway show to resume performances.

Based on Gregory Maguire’s novel, the musical retells the Wicked Witch’s story from her perspective, through the lens of her unlikely friendship with Glinda, the Good Witch. Written by Jewish creatives Stephen Schwartz and Winnie Holzman, “Wicked” humanizes the witch.

Beyond the Jews involved in its creation, the story itself is rife with Jewish resonance. Unlike the unsympathetic, hook-nosed villain of the original story, Elphaba begins the musical as a likable outsider. She’s mocked and rejected for her green skin throughout her youth and scapegoated for societal chaos as an adult.

The granddaughter of Holocaust survivors, Suskauer sees that resonance as a responsibility. The Forward spoke with her about the relationship between her Judaism and her role.

Can you tell me a little bit about your Jewish identity?

I’ve grown up with a very, very strong Jewish identity because I come from a family of Holocaust survivors. My grandmother was born in a slave labor camp in Siberia. Both of her parents escaped from Poland during the Holocaust, and they met each other in the slave labor camp, and gave birth to her in Siberia in the freezing cold. Their families, almost entirely, perished in the death camp.

I think the fact that we’ve had so much of our family die made our cultural identity very, very strong. My grandmother instilled in my mother the importance of practicing our traditions and passing them along to the future generations. My dad’s side is Sephardic, so after the Inquisition, they spread all over the place. After my grandmother came to America, she became the director of education at our local temple in Florida, where I grew up. I went to Hebrew school there, and she was the principal.

Since you were last playing Elphaba in March of 2020, so much in the world has changed. As you’re stepping back into the show, what is different?

I’m hearing the lines differently. A huge part of our show is otherization. Elphaba, who is green, gets treated a certain way because she is who she is, no matter what she does. Elphaba is so righteous. She always takes the moral high ground. Sometimes her methods are a little unconventional and her passion gets the best of her, but she’s always standing up for what is right. I feel like that intersects with my Judaism. One of our pillars is being a voice for the voiceless and standing up for what is right and good. That’s Elphaba, to a tee. This past year, with everything that’s been happening from Black Lives Matter to the attacks on Jewish people, I’ve tried to take a page out of Elphaba’s book and stand up for what’s right when it’s the hardest. Bringing those experiences back into this story, all the lines that I say that have to do with that carry weight like they never have before. 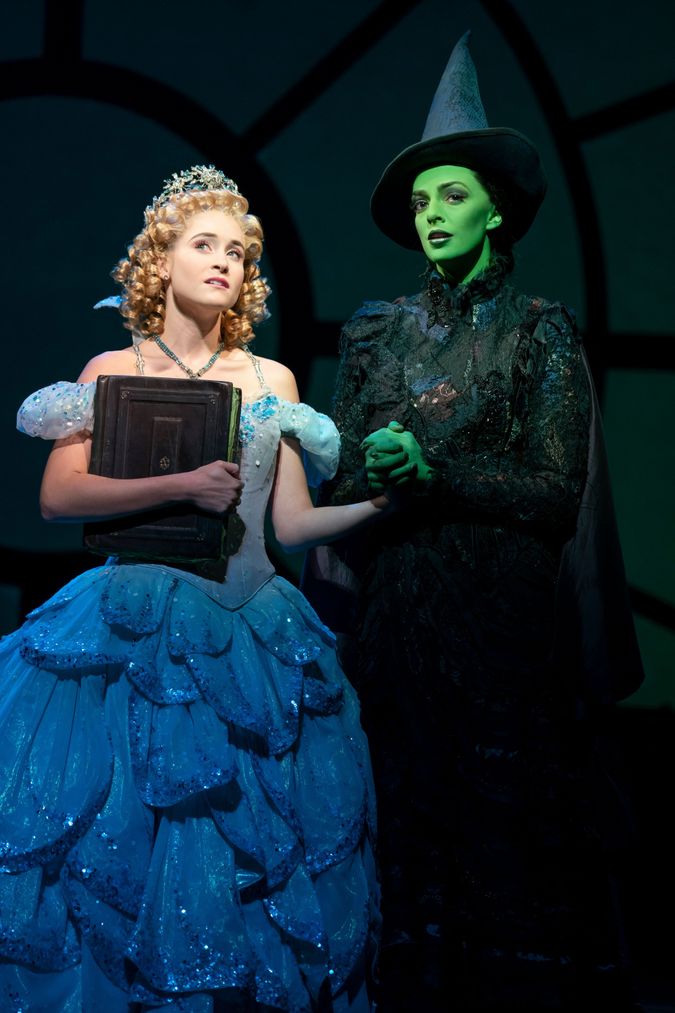 How does it feel, as a Jewish woman right now, to tell this story?

There’s a line in the show that says, “The people just need a really good enemy. They need a scapegoat.” Throughout history, Jews have been designated as that scapegoat. If there’s an issue, the Jews did it. This happens time and time again – the Inquisition, the Crusades, the Holocaust – and that’s exactly what is happening here on the show. It’s happened to other minority groups, but as a Jewish woman, I can only bring my experience, and it hits really hard. The weight of it is not lost on me, and I consider it my duty to tell the story with my own personal thoughts and experiences intertwined with it.

You’ve been quite vocal about antisemitism on social media. What motivated you to use your platform that way?

We say, as Jews, “never again,” and it’s happening again. I’m very fortunate — because of the show and other things in my career — to have a platform, and I would be doing Jewish people, and everyone around me, a disservice if I didn’t use that platform to spread the word against the insidious beast that is antisemitism. A lot of people don’t call it out when they see it because they don’t necessarily know that something is antisemitic. Racism shows its face, but antisemitism is ingrained in our stereotypes.

When I was a kid, I think I was embarrassed to call it out. Someone would make a Jewish joke in school, and I would just laugh it off. Thinking about that makes me so ashamed because I should have said, “You’re being antisemitic, and that is hurtful and mean.” Now, I can’t sit on it anymore. It’s getting to the point where people are being targeted because they’re Jewish, and it’s very scary. I have to use my platform and I will continue to use my platform.