Yom Kippur has many particularities — repeating “Kol Nidre” three times; Leonard Cohen’s take on “Una Taneh Tokef”; bagels for breakfast. A fourth feature — more cultural, perhaps, but a Jewish practice — is wondering whether Jewish major leaguers will play on the Holy Day and how they will do.

In 2019, Tablet’s Armin Rosen questioned this obsession with playing on Yom Kippur, as opposed to other important days on the Hebrew calendar. From the standpoint of American Jewry (the subset of Jews who care about Jewish baseball players), four days on the Hebrew calendar compete to impose a special obligation on Jewish players. The question is why Yom Kippur has emerged above the others. The answers combine religious practice and baseball practice.

For most American Jews, Shabbat does not represent a sharp break from the world or from their regular lives. According to the Pew Research Center Report Jewish Americans in 2020, less than 40 percent of American Jews “regularly mark Shabbat in a way that is meaningful to them.” Many observe Shabbat as a partial, but not complete, break from daily life — they mark the day in some meaningful way (lighting candles, attending religious services or gathering with friends), but do not otherwise refrain from working or from engaging in the public sphere. Given their lack of full observance, Jewish fans are less likely to expect players to follow suit.

For baseball reasons, it may be impractical for an everyday non-pitcher to not play on Shabbat. The MLB regular season is built around rotating series of 3-4 games between two teams, including series every Friday through Sunday. Every Friday game is played at night (except at Wrigley Field), during or after sundown and the beginning of Shabbat; approximately half of Saturday games are played during the day before sundown and the end of Shabbat. Presuming four Fridays and Saturdays per month in a six-month season, a Jewish player who never played on Shabbat would miss approximately 36 games, more than 1/5 of the 162-game season. This would be difficult for the team and the player, especially if the player happened to be a star that the team needed every day. Skipping Shabbat could be feasible with a relief pitcher and perhaps a starting pitcher, although downstream effects on the rest of the pitching staff could become dicey over a six-month season.

A team or league might accommodate one star player by scheduling Friday games in the afternoon and Saturday games in the evening, allowing him to play before and after Shabbat. They would receive positive attention for the efforts, especially among Jewish fans who might not expect or demand the change. And fans would enjoy the cachet of attending midFriday-afternoon specials that accommodated the star Jewish player. 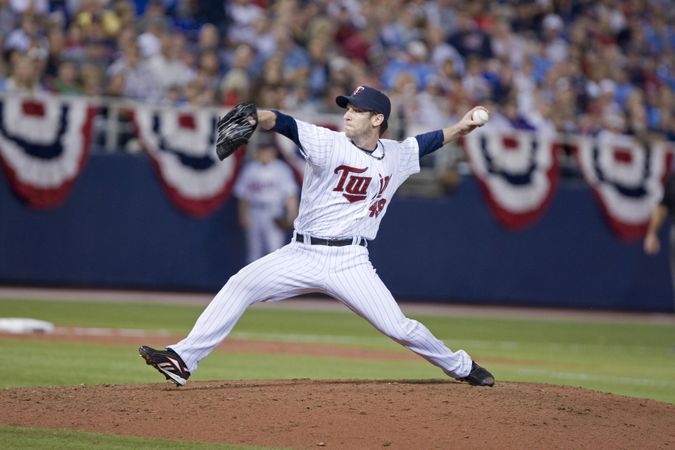 But teams might be less willing to do it for a lesser player and the league might be less able to do it for multiple players on multiple teams. Explaining why he played on Yom Kippur, former reliever Craig Breslow said, “In a perfect world, I wouldn’t play, but Sandy Koufax sitting out a game is different from Craig Breslow sitting out a game.” That sentiment would be amplified in moving or missing two games every week of the season.

Passover is the most celebrated festival among American Jews. 62 percent of all Jews (and at least 67 percent within every Jewish denomination) participate in a Seder. Many who do not otherwise follow kosher practices eat matzvah and avoid chametz throughout the weeklong festival.

But fans do not care that while they are enjoying their Seders, a Jewish player might be playing a game. No one asks whether a player eats matzah between innings.

The baseball explanation involves timing. Passover falls as early as the third week in March and as late as mid-April. In March it affects spring training; in April it affects low-stakes games at the beginning of a six-month, 162-game season. The game’s relative lack of import means less public and media attention on one person playing or missing that game, as well as less pressure on the player to “be there” to support his teammates and his team in significant late- or postseason games.

As with Shabbat, Jews are commanded to do no work on these days. Unlike Shabbat, it takes. For many American Jews, these days mark the true break from daily life. They attend services, do not work or attend school or participate in other activities, and do not engage in the public sphere. American society recognizes these holy days as unique. Public schools close. The Supreme Court does not hold arguments, delaying the beginning of its annual Term from the traditional “First Monday in October” when it coincides with either holy day. Broader societal recognition of the holy day ensures broader acceptance of a player who chooses not to play. Admiration for Sandy Koufax, Hank Greenberg, Shawn Green and others who sit out is not limited to Jewish fans.

From a baseball standpoint, the focus makes sense. These holy days run together from early September to mid-October, affecting games in the heat of late-season pennant races and during the postseason (albeit no longer during the highest-leverage World Series games).

Yet the “will he play” debate surrounds Yom Kippur, not Rosh Hashanah.

Greenberg, the first high-profile Jewish player to contemplate missing high-leverage games, reflects this distinction. In 1934, Greenberg was an emerging star in his second full season in the Majors, and his Detroit Tigers were searching for their first American League pennant since 1909. He played an important game on Rosh Hashanah (Monday afternoon, Sept. 10), after attending services in the morning; he homered twice in a 2-1 victory. Ten days later, he did not play on Yom Kippur. Greenberg received advice (solicited and unsolicited) from rabbis and scholars across the country. They described Rosh Hashanah as a festive holy day and cited Talmudic references to children playing in the streets on Rosh Hashanah to support the conclusion that Greenberg could “play” but not “work” on that celebratory day. No one attempted to justify playing or working 10 days later. Greenberg skipped the game and attended synagogue to a standing ovation from the congregation; he described it as the one time in his playing career he felt like a hero. 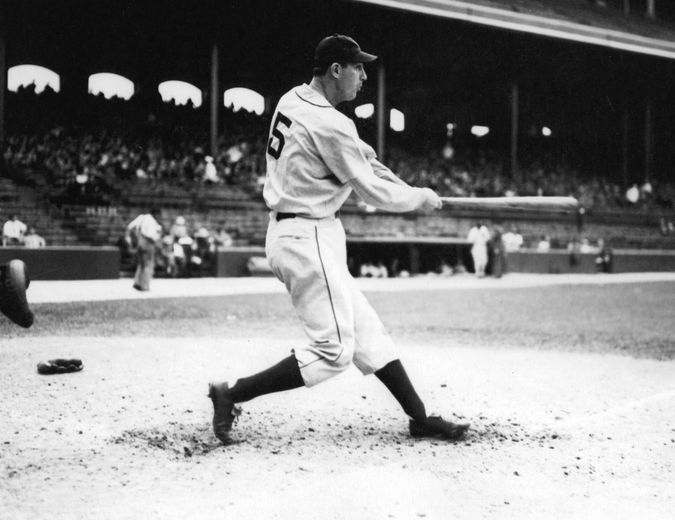 Motown Hero: When Hank Greenberg skipped a game to attend Rosh Hashanah service, his congregation gave him a standing ovation. By Getty Images

The difference is Yom Kippur’s single unique feature — the 24-(ish)-hour fast and general abstention from physical comfort to “afflict” their souls. Fasting is the second-most common religious ritual among American Jews, practiced by 46 percent of all American Jews, including 56 percent of Jews by religion, 45 percent of Reform Jews, and 68 % of Conservative Jews. More American Jews fast on Yom Kippur than attend synagogue at least monthly.

The practical and religious nature of the fast is significant. As a matter of worship, the fast functions as a rehearsal for death, a confrontation with mortality and a way to focus each person on apologizing and making things right with himself and those around him. It creates a somber occasion compared with the joyous Rosh Hashanah celebrating the birth of the world. A baseball game, even an important one, feels incongruous. The fast also takes a physical toll, which is the religious point. This creates a unique mindset that fans can project onto the players: “If I am fasting and afflicting my soul to rehearse my own death, why is he not? And if he is, how can he play a baseball game while doing so? He should sit this one out, just as I am.”

Al Rosen, the star Jewish player for Cleveland in the late 1940s and early 1950s, told a story. As a Yankees executive in 1978, he attended the famous one-game playoff against the Red Sox in Boston Monday, Oct. 2 (for New Yorkers, the “Bucky Dent Home Run Game”; for New Englanders, the “Bucky Effin’ Dent Game”). Following the game, Rosen received a letter from a fan criticizing him for attending a baseball game on Yom Kippur; Rosen responded by asking the fan how he knew Rosen was at the game unless he was watching TV — and why he was watching TV on the Day of Atonement. A great retort.

But Monday, Oct. 2, 1978, was not Yom Kippur; it was Rosh Hashanah 5739. (Yom Kippur began Tuesday evening the following week, during Game One of the World Series — the last World Series game played during Yom Kippur). It was a small difference and likely a simple mistake of Rosen’s memory. But it signals how each holy day is viewed in this conversation about baseball and Judaism. The story resonates more and the fan’s expectations feel more authentic when focused on Yom Kippur.

Howard M. Wasserman is Professor of Law at FIU College of Law. He is the author of “Testing the Koufax Curse: How 18 Jewish Pitchers, 18 Jewish Hitters, and Rod Carew Performed on Yom Kippur”.