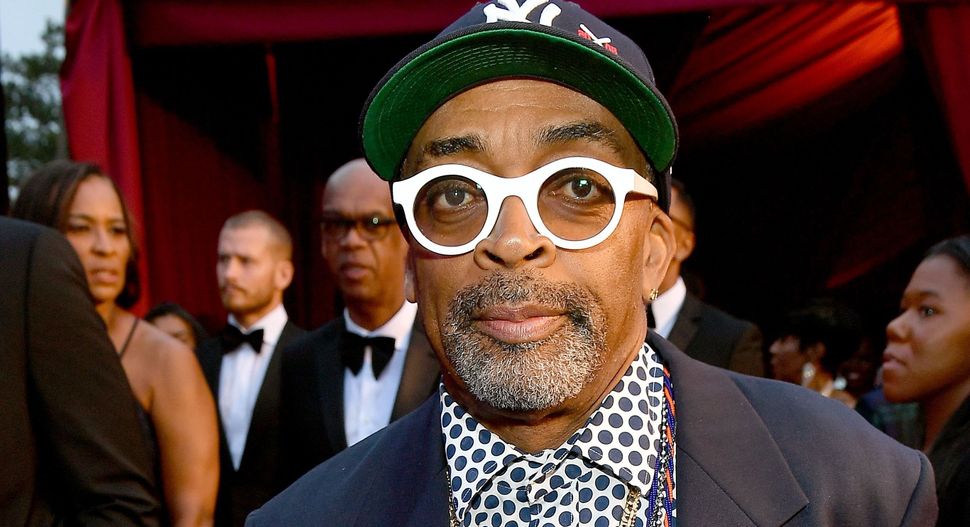 Spike Lee’s searching curiosity makes him one of our best and most eclectic filmmakers. But sometimes he may be asking the wrong questions of the wrong people.

As Jeremy Stahl reported Tuesday in Slate, in an advanced cut of the final episode of Lee’s new documentary miniseries on HBO, “NYC Epicenters 9/11–2021½,” the director devoted 30 minutes to exploring conspiracy theories. Lee spoke with subjects from the conspiracy group Architects & Engineers for 9/11 Truth, who in turn debate scientists. Among those interviewed is Architects & Engineers founder, Richard Gage, whose theories surrounding the attack regularly amplify antisemitic tropes surrounding Jewish control.

In a 2012 meeting of Gage’s group, Stahl witnessed Gage open the floor to a person who claimed “our government and the Israeli government” might have worked together on the controlled demolition of the Twin Towers.

Gage has also appeared on radio shows with Holocaust deniers, was featured on a comedy conspiracy podcast, whose co-host proffered a George Soros conspiracy, where he alluded to the “false science” of COVID-19. According to Stahl, Gage also recently gave credence to a podcast host who claimed Israeli COVID-19 passports are a way to collect people’s phone conversations.

When the host of that show intimated “it’s pretty obvious” that Israel was responsible for 9/11, Gage replied “it’s not too difficult to figure that out.”

Lee has indicated that he was somewhat skeptical about the scientifically accepted narrative behind 9/11. Speaking to The New York Times, Lee said he included the members of Architects & Engineers” because he had “questions” and hoped that the documentary might inspire a congressional hearing. But on Wednesday he said that he was making further changes to Episode 4.

“I’m Back In The Editing Room,” Lee wrote in a statement. “I Respectfully Ask You To Hold Your Judgement Until You See The FINAL CUT.”