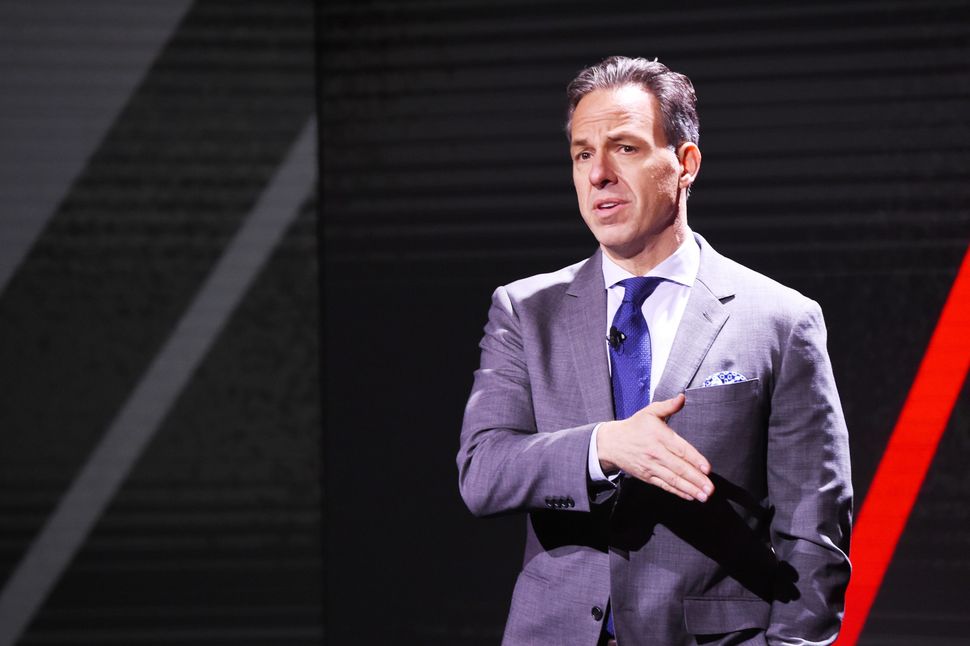 Will Jake Tapper be a character on “Impeachment: American Crime Story?”

I don’t mean Jake Tapper the respected CNN anchor, but his former self, Jake Tapper the young Beltway reporter, who made a name for himself when he wrote a detailed dispatch from his date with Monica Lewinsky. That Tapper, whose article, published in the Washington City Paper, has asides about Lewinsky’s appearance and pads its formidable length with moralizing about the media business’ contemptible appetite for eating her alive (and a coral reef’s worth of metaphors about undersea life).

I ask about this possible distracting cameo in Ryan Murphy’s latest because, even now, Tapper’s piece sure seems like a ploy for attention at someone else’s expense. And as the show seems primed to handle the dubious coverage of the affair, Tapper’s own contribution, oft-mentioned briefly in glowing profiles, merits revisiting.

Now, I like Tapper. I think it’s cool he draws cartoons and writes thrillers, chews out Stephen Miller and refuses Kayleigh McEnany air time. Hell, I even follow his dog on Twitter. I think he’s clearly grown up in the past 23 years and, even in this questionable essay, betrayed some sense of moral clarity, if muddied by the same tabloid tone he’s slamming others for indulging. Tapper has even admitted that he regrets some of the words he applied to Lewinsky’s looks, but maintained that, beyond that, “largely the piece stands up.”

The piece, with the “pick me” headline of “I Dated Monica Lewinsky” is from Jan. 30, 1998, shortly after Lewinsky became a household name. It begins with Tapper surfacing from a scuba excursion in the Caymans to learn “the world was beside itself about the latest presidential scandal, this one involving an affair with a then-21-year-old intern—the juiciest story to break in my adult life, a salacious tale of alleged infidelity between the most powerful man in the Milky Way and a girl named Monica.”

Monica Lewinsky, he goes on to specify — a “girl” he’d taken out to dinner just a few weeks before.

To give Tapper credit, he does the necessary handwringing upfront, writing that he feels “unclean adding my feeble barnacle to her ship of fame” (one of many maritime metaphors to come.)

But he admits distress watching the “blabbocracy” make their points. He knows Monica, and yes, while he wants to get in on the biggest news of the day, he comes with a more noble mission, too: “I also want to point out that behind this particular bimbo eruption sits a young woman who is not a bimbo.”

Was Tapper’s voice needed to raise this objection, amid the media frenzy desperate to, as he notes later — grossly — “squeeze and prod [Lewinsky] like a zit, until something else juicy and heinous pops out?” Probably. Truth be told, Lewinsky had few defenders in those days, and one of them was Tom Green.

He arrives at a conclusion — couched in just how limited their meetings were — that she is not “sleazy.” She is not “so much well-financed white trash who was looking to get her lips firmly onto the seat of power.” She is perhaps “uncomplicated” and like so many other eager-to-please young women on the Hill, only with a better fashion sense. When it comes to his personal preferences, Lewinsky was also “too much a resident of Planet Hap-Hap-Happy” and a “little bizarre in her almost childlike sweetness.”

Language like this deprives Lewinsky of agency, paints her as a purely naïve creature, which is not much better than rendering her as a slut, though he’d hoped to find in her a “an easy, perhaps winning, bit of no-frills hookup.” (That she wasn’t one, he reasons, means that he’s either “eminently resistible” or there’s no truth to the allegation that she is a “tart.”)

Speaking of food, Tapper, while excoriating the press’s use of a “vacuous mug shot [sic]” of Lewinsky, notes how at their dinner she was not the typical DC “salad-picker,” sharing appetizers and ordering an entree for herself. On first sight at a party, in defiance of a friend of his, Tapper concludes that she is “cute, if a little zaftig.” He begins a paragraph thusly: “Physically, she was pleasant without being overwhelming,” adding that, “she’s a little chubby.”

Why he’d have to report on this, when her image was inescapable in the winter of 1998, can only be chalked up to the gratuitous, an impulse he leans into repeatedly.

On the question of the extent of Lewinsky’s true involvement with Clinton, he says, “I don’t know if she was riding Air Force One.” Elsewhere, he’s less coy about the specifics, saying it will be years before anyone could speak to Lewinsky without “imagining her on her knees in the Oval Office.”

But Tapper has spoken with Lewinsky over email in years since.

“She’s a very cool and tough woman considering what she’s been through,” Tapper told the Hill in 2016, before stressing his continued empathy for women who are marked by sexual scandals with more powerful men.

This sentiment is present in Tapper’s piece in the form of pity. He feels sorry for Lewinsky, particularly for the way in which Linda Tripp, posing as her friend, betrayed her trust, by “wearing a wire under the chiffon.”

I won’t claim that Tapper betrayed Lewinsky in the same way. He’s a journalist and this story falls squarely in the public interest. But how he chose to write it, bowing in so many instances to the salacious tone he’s claiming to abhor, is clearly objectionable through the lens of 2021.

Yet when he’s been asked to reflect on this piece, he stands his ground. “My opinion about her and that scandal is the same as [1998,”] he told the Hollywood Reporter in 2018, before admitting how impressed he was by her handling of the aftermath in years since.

We all should be, and Lewinsky’s recovery gives the lie to, and shows the limits of, the impressions from Tapper’s brief encounter, a dinner party anecdote that might have stayed just that — or at least been published without cataloging her merits as a potential conquest.

Speaking to The Hollywood Reporter, about what he now calls his “very innocent” date with Lewinsky, Tapper said “the Clintons owe her an apology.” They’re not the only ones.