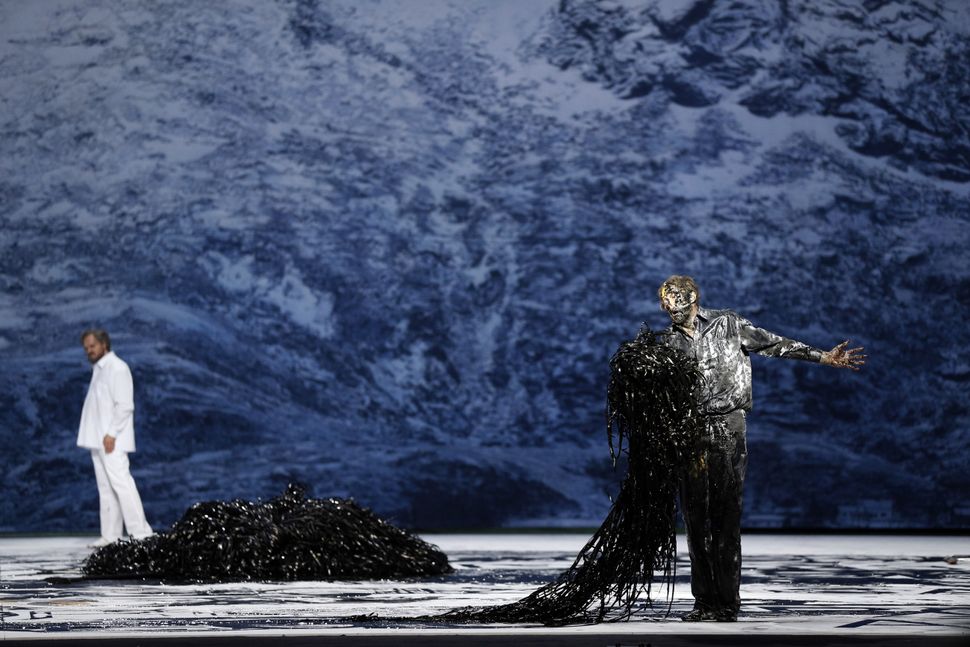 I’m a high school music student. I sit, barely twitching, as a foreign-sounding, abrasive, downright unpleasant mash of sounds unfolds around me; they pelt me and the rest of the innocent audience for what seems like days. At the end of the performance, I feel emotionally withered but intellectually somehow proud, having made it through the longest, most arduous concert of my young life — and my first concert consisting of only 12 tone music (don’t worry—I’ll explain what that means later).

Fast forward a few years: I am a cello student at the great Jacobs School of Music at Indiana University, sitting on my couch in Bloomington, score in hand, cello patiently waiting to be picked up, as the most stunning, moving, intimate musical sounds wash over me. By the end I’m an emotional wreck. Just as I should be.

Could these two experiences have been created by the same composer?

In this case, the answer is yes, and his name is Arnold Schoenberg.

There aren’t many composers whose music strikes fear in audiences, students and professionals alike, but Schoenberg is a daunting challenge. He was born Arnold Schönberg (later changed to Schoenberg) on Sept. 13, 1874, and died in 1951 in his adopted home of Los Angeles. Born Jewish, he converted to Lutheranism in 1898 as many Jews did, but then (unusually) reconverted back to Judaism in 1933, the year he emigrated to the United States, as the Nazis rose to power.

A man whose personal range extended far beyond musical creations, he was an ardent Zionist who wrote that in order to have a secure homeland in Palestine, Jewry must be “ready to give its life blood.”

Aside from his many passionate writings, he was an extraordinarily gifted painter. Most famous for his self-portraits, his haunting and stark style is unmistakable. One look at his “Red Gaze” and you will not quickly forget the penetrating, almost Munch-esque piercing quality of the oversized red eyes and oddly-shaped, hollow face. 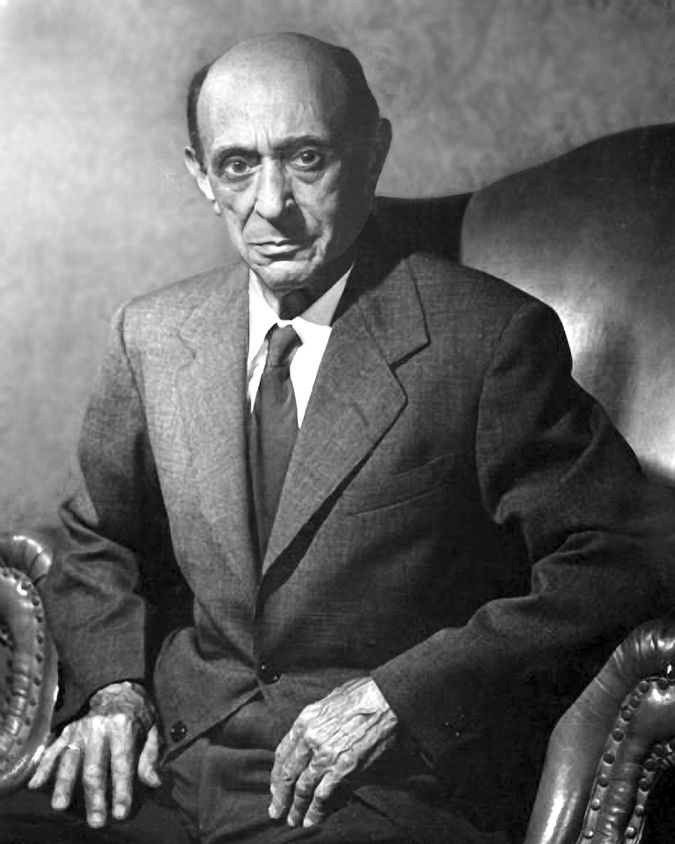 A Converted Convert: Born Jewish in 1876, Arnold Schoenberg converted to Lutheranism in 1898, then back to Judaism in 1933, By Getty Images

Schoenberg changed the course of music with his invention of the 12 tone system. What does this mean? Without getting too technical, the musical scale has 12 notes. Every song you have ever heard is written using some combination of these 12 notes. Indulge me: Go to a piano keyboard, either a real one or a free one online wherever you are reading this and start plunking out notes up (right) or down (left) starting on any note. You will play seven white keys plus five black keys—and then will arrive at the same note you started on, just an octave higher or lower. Believe it or not, these are the only notes in the musical scale.

In the twelve-tone system, there are many formal rules about how the notes can be used, famously that none of these notes can be repeated until the other 11 are played. The sound that is made purposely takes the ear away from following our usual tonal centers, and is disorienting and often frustrating. It was this style of music that I heard as a high schooler when I attended that performance of Schoenberg’s epic, biblical opera “Moses und Aron.”

But the first notes of Schoenberg I played were altogether different. Jorja Fleezanis, a musical mentor while I was in school, invited a violin student of hers and me to join her and a viola teacher to form a string quartet to prepare and perform music of the Second Viennese School, which featured Schoenberg and his disciples Alban Berg and Anton Webern (the First Viennese School contains names you probably know: Haydn, Mozart and Beethoven).

I fell in love with Schoenberg’s First String Quartet, a continuous hourlong journey from tumult and chaos to serenity and ever-lasting sunlit peace. Four instruments—two violins, a viola and cello — create sounds both grand and intimate, a passionate, white-hot late romantic Schoenberg, such a far cry from the atonal angry thundering “Moses und Aron” that I had heard a few years before. Rehearsing the piece over those couple of months, two teachers two students, was a revelation on many levels. The struggle we all had with the work, the intensity of rehearsals with real pros, the personal confrontations that can explode out of devoting a collective effort to dig into the mind of a musical genius.

Thinking about the intensity of every thought Schoenberg seemed to have, there’s something almost not surprising about the bizarre way he died. Most of his life, Schoenberg had an intense fear of the number 13, and long feared he would die in a year that was a multiple of 13. While he survived his dreaded 65th birthday, in 1950 on his 76th birthday, an astrologer wrote Schoenberg warning him of that year to come. Adding each digit of his age together (7+6), something he hadn’t done before, he came up with 13. And indeed as if preordained, after lying in bed all day sick and depressed, he died at 11:45 p.m. Friday, July 13 1951.

I don’t love every second of music Schoenberg wrote. In fact, I don’t love a lot of it. But the works I do love are so compelling and so powerful that he is a composer I wouldn’t want to live without. Have a listen to his early “Verklärte Nacht” (“Transfigured Night”) for string sextet and try to tell yourself with a straight face you are the same person before and after that magical half an hour. Appreciating even Schoenberg’s most accessible music takes work, but repeated listening changes everything, and we can get inside the music more and more as we become more familiar.

Sometimes we need art and music to do more than soothe us or relax us. Sometimes we need it to grab and disturb, to make us think, go back, question. Thank you, Arnold Schoenberg. You do this in spades.

Daniel Lelchuk is the assistant principal cellist of the Louisiana Philharmonic Orchestra and the host of the Talking Beats podcast. Twitter: @talkingbeatspod