The secret Jewish history of The Sopranos 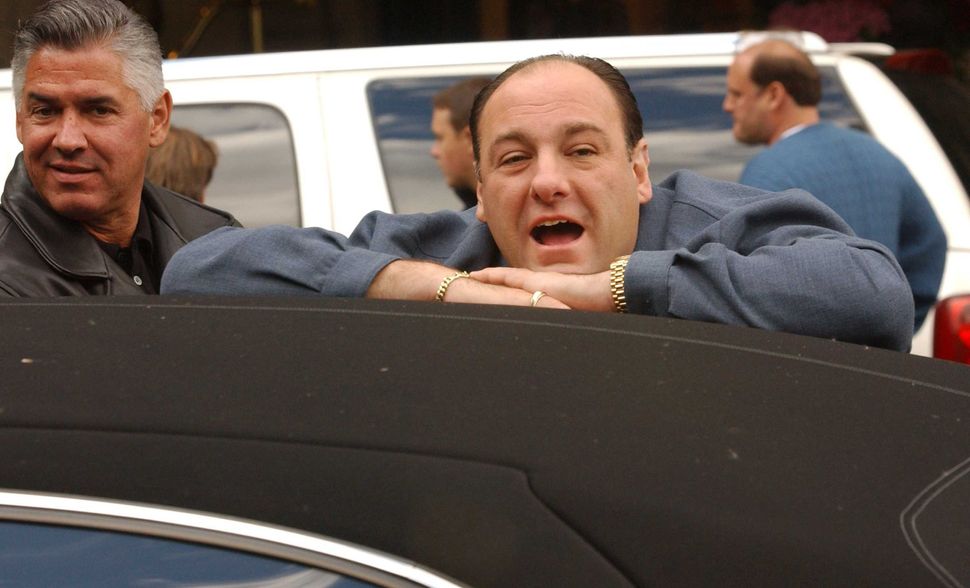 The landmark TV series “The Sopranos,” whose six-season run came to an end in 2007, is getting a brief resurrection with “The Many Saints of Newark,” a prequel that begins airing in theaters and on HBO Max this Friday, Oct. 1. While the original series played out over the course of 86 hourlong episodes, “The Sopranos” creator David Chase has chosen to distill Tony Soprano’s origin story into a two-hour film starring Michael Gandolfini as the young Anthony “Tony” Soprano, originally played by his late father, James Gandolfini, who died in 2013.

While everyone knows that “The Sopranos” was a rich portrayal of the personal and business conflicts facing a latter-day, all-Italian gang of New Jersey mobsters (played with only a few exceptions by Italian-American actors, several of whom had previous, real life experience on the wrong side of the law), one of the show’s strengths — really a breakthrough in TV drama — was how sensitively it dealt with the greater world surrounding the insular world of Italian north Jersey, by including characters from a melting pot of other backgrounds, including Blacks, native Americans, Eastern European immigrants and Arab-Americans. But the world of “The Sopranos” had a particularly strong course of Jewish characters flowing through it, who were often portrayed by Jewish actors.

This was not new to “The Sopranos” — “The Godfather” movies, for example, boasted the character of Hyman Roth, based on the real-life Jewish gangster Meyer Lansky, portrayed by Lee Strasberg. But looking back on “The Sopranos,” one might be surprised to rediscover the depth and breadth of Jewish characters and their stories, which often served as thematic parallels or contrasts to the main plot line of how a segment of very tradition-oriented late-20th-century Italian-Americans dealt with the challenges brought about by a world changing with dizzying speed all around them.

The very first episode of “The Sopranos” introduced the character of Herman “Hesh” Rabkin (played by Jerry Adler), a loan shark who first made his fortune in the 1950s and ‘60s with an independent record label focused on young Black artists. As was sometimes the case with small-label honchos in real life, Hesh would add his name as a co-writer to many tunes, guaranteeing himself a steady stream of publishing royalties. As a Jew, Hesh could never be a “made man” or an official member of a “family” or “crew,” but he did serve as an adviser (and unofficial banker) to Tony Soprano’s late father, Johnny Soprano, and then to Tony after his father’s death.

We first meet Hesh when Tony’s right-hand man, Silvio Dante — played with unique exuberance by Steven Van Zandt, better known to all as “Little Steven” (or “Miami Steve,” if you are of a certain vintage), longtime guitarist and foil for Bruce Springsteen in the E Street Band — engineers a sit-down between an Orthodox Jewish friend, Shlomo Teittleman and Tony Soprano, to see if the latter can help Teittleman with a messy family and business squabble involving his son-in-law. By virtue of his religion, Hesh is invited to the meeting and observes on the periphery. After Tony agrees to help Teittleman — but not before Teittleman’s son, who is also at the table, warns his father, “You’re creating a Golem, a monster to do your dirty work. Like the rabbi in the story, he’ll destroy you” — Hesh takes Tony aside and warns him against getting involved with the Hasidim, here cast as a mirror image to that of Tony’s world.

The resulting scenes between Tony’s henchmen and the errant son-in-law, Ariel, are played somewhat for comedy — after “Paulie Walnuts” Gualtieri begins to rough him up, Silvio tells Paulie, “Bupkis. Say bupkis, Paulie. That’s how they say ‘nothing’.” As the stakes get higher, the violence increases, but Ariel is no pushover, describing himself as a one-man Masada as he seems almost superhumanly immune to taking a beating. Not until Tony Soprano follows Hesh’s suggestion that they threaten Ariel with a bolt-cutter — to “Make like a mohel, huh? Finish the bris” — does Ariel begin to relent, along the way having won the admiration and respect of the gangsters, who even suggest he might come work for them, given the toughness he showed by not backing down.

This all happens in the course of the first three episodes of the first season. And in subsequent episodes, we hear Yiddishisms fall lightly from the mouths of the Italians even when the immediate situation does not involve Hesh or other Jews. They are fluent enough with criminal lingo to toss off “shnorrers” and “gonifs” as easily as meatballs and spaghetti.

The casual antisemitism of the non-Jewish characters lends a certain verisimilitude to the series. When Tony concludes a particularly tough negotiation with Hesh over a financial deal, he cannot help but make a crack about dealing with “desert people” right to his face. Hesh responds with a hearty, good-natured laugh, going along with the insult disguised as a joke, because he probably learned long ago this was the only way to do business in that world. Regarding the business with the Teittlemans, Paulie says at one point, “Hasidim, but I don’t believe ‘em!”

In no small way, “The Sopranos” is about a mob boss who is so stressed out he seeks psychological counseling. The very first scene in the entire series finds Tony in his new shrink’s waiting room. While Tony’s therapist is Dr. Jennifer Melfi (Lorraine Bracco), a fellow Italian (we learn later that Tony was given three recommendations for therapists; the other two had Jewish names), he knows enough about therapy to quote Freud, and his therapy plays out in stark contrast to the spiritual counseling his wife undergoes with a Catholic priest. When Tony’s mother catches wind that he is in therapy, she says, “Everybody knows that it’s a racket for the Jews.”

“I may be overstepping my boundaries here, but you are Jewish, aren’t you?”

“Well, us Catholics we place a great deal of stock in the sanctity of the family. And I’m not sure your people ….”

In marked contrast with Dr. Melfi, who withholds any moral judgments about her patients, favoring a relativistic approach, Dr. Krakower comes across like an Old Testament prophet seeing the world in black and white. He practically orders Carmela to take her children and leave her husband immediately; suggests that Tony turn himself in to the police and spend seven years in prison studying Dostoevsky’s “Crime and Punishment”; and refuses to charge Carmela for the session, saying he does not take “blood money.”

Other Jewish characters appear in the series, including Dr. Melfi’s supervising psychiatrist, Elliot Kupferberg, portrayed by Peter Bogdanovich. In college, Meadow Soprano — Tony and Carmela’s daughter, played by Jewish actress Jamie-Lynn Sigler — has a Black boyfriend, Noah Tannenbaum, much to the chagrin of her father, who doesn’t object to the fact that Tannenbaum is Jewish but cannot get around the color of his skin. Most of the doctors and lawyers in the series are Jewish: David Margulies portrays Tony’s attorney, Neil Mink; Richard Portnow plays Harold Melvoin, legal counsel to Corrado “Junior” Soprano, Tony’s uncle and the nominal head of the crime family; Matthew Sussman portrays Dr. Douglas Schreck, Junior Soprano’s cardiologist.

While for the most part Italian actors play Italian characters and Jewish actors plays Jews, there are a few notable exceptions beyond Jamie-Lynn Sigler. Steve Schirripa, who plays Bobby “Bobby Bacala” Baccalieri, once told an interviewer from the Jewish Journal, “My mother was Jewish, so I had a whole Jewish side of the family. My mother’s maiden name was Bernstein. My grandmother’s name was Moskowitz, so I know all about that world. So I was raised Catholic, but I very much identify as being Jewish as well. I had all kinds of aunts and uncles and I had the best of both worlds.”

David Proval, who portrays mobster Richie Aprile, was probably the only yeshive bokher in the cast; he was raised in East New York, Brooklyn, where he attended Yeshiva Toras Chaim. Margulies plays Julianna Skiff, a realtor who has a fling with Tony and his nephew, Christopher. Ari Graynor portrayed Caitlin Rucker, Meadow Soprano’s roommate at Columbia University, who hails from Bartlesville, Oklahoma Sandra Bernhard, Linda Lavin and Sydney Pollack also made cameo appearances in the original series.

It is not clear if “The Many Saints of Newark” will deal with the back stories of any of the main Jewish characters in the TV series. The only one of consequence would be Hesh Rabkin. But David Chase and his Jewish cowriter, Lawrence Konner, did cast two Jews to play main members of the Sopranos family. Corey Stoll will play a younger version of Junior and Jon Bernthal is portraying Tony’s father, Johnny.

The secret Jewish history of The Sopranos