For the saga of Britney Spears, a dramatic Biblical precedent (and not necessarily in a good way) 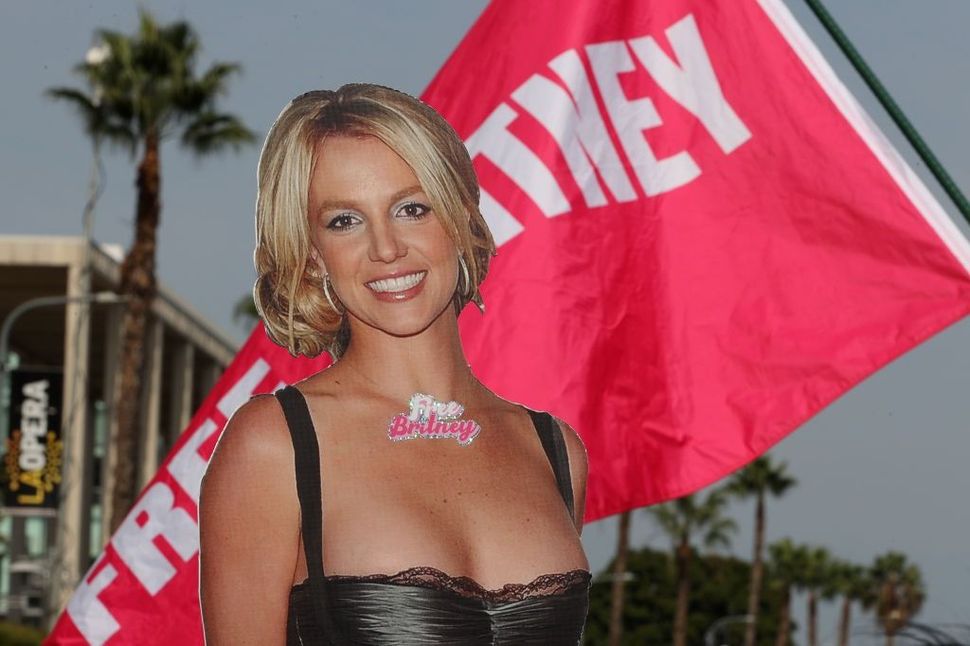 A Britney Spears cutout with a Free Britney flag in the background. Courtesy of Getty Images

Britney Spears’s father controlled her life for over a decade under a restrictive conservatorship that allowed him to, among many things, dictate her right to get married and have children and gave him control over the millions of dollars she made as a pop star.

On Wednesday, shortly after the pop star was granted the right to choose her own lawyer, Jamie Spears was removed as conservator, ending his control over his daughter’s life after allegations that he was not acting in her best interests. (She still remains under a conservatorship, though the court will hear a petition to end it in November.)

Fathers controlling their daughters’ financial value is not a new idea — in fact, it’s a biblical one. Both Exodus and Deuteronomy lay out clear laws around the monetary value of daughters, bride prices to be paid to the father when marrying them, and fines if the father is robbed of his right to give his daughter away. For example, if a woman and a man have sex before marriage — consensually or not — the man has to pay her father this bride price even if they don’t get married because she is no longer a virgin and thus less valuable.

Marriage in Judaism is no longer governed by these rules — rabbinic laws emphasize consent and recognize a woman’s right to choose her own spouse. But these laws, and the questions they evoke about female agency, are central to a major biblical story, one with parallels for Spears.

In Genesis 34, a non-Jewish king’s son falls in love with Jacob’s daughter Dinah and takes her home, where they have sex; afterward, he offers a bride price to Jacob, who instead demands all the men in the kingdom be circumcised in exchange for Dinah’s hand in marriage. But instead, while the men are still sore from their circumcision, two of Dinah’s brothers, Levi and Simeon, take advantage of their pain and murder them all as retribution for taking their sister’s honor.

It’s a horrific act of violence, but at least one done out of love for their sister. The story is often known as “The Rape of Dinah,” and the brothers are seen as avenging her. Yet scholars and Jewish writers disagree on whether Dinah was really raped. Some scholars believe the text implies that the pair eloped, and in her novel “The Red Tent,” Anita Diamant imagines that Dinah fell in love with the prince, that their sex was consensual and that her brothers murdered her lover to punish Dinah’s disobedience.

Dinah’s own perspective is absent from the text, and the biblical laws of bride prices obscure the idea of rape. Biblically, the woman’s consent doesn’t make the act a violation; instead, it revolves around whether the price has been paid to her father. 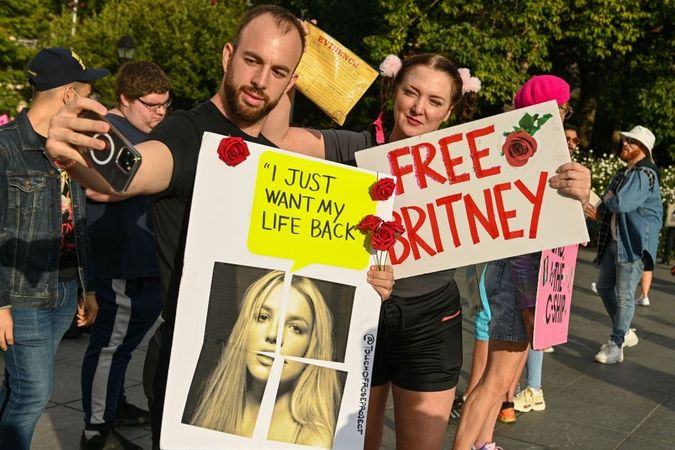 A similar set of conflicting stories has emerged around Britney Spears over the past 13 years, wondering whether the conservatorship was truly an attempt to protect her interests. When the pop star suddenly shaved her head and broke a paparazzo’s car window in 2007, tabloids across the country blazed with headlines about “Britney’s meltdown,” calling her “out of control.” The conservatorship, instated in 2008, seemed like it was for her own good — as her father still argues, saying it has improved both her image and her finances.

But in the years since, a whole movement has emerged, #FreeBritney, around returning the pop star’s agency. Adherents, and now two separate documentaries, argue that the singer’s seemingly unhinged actions were the only recourse left to her when nearly everyone around her, including her family, was trying to control her. They believe Spears simply wants to live her own life, and that her only crime was rejecting the way society wanted her to behave, something which threatened the patriarchal system profiting from her.

According to this perspective — one echoed by the singer herself — Jamie Spears used his daughter as an asset to get what he wanted, just as Diamant imagines Dinah was used by her brothers as an excuse to destroy Shechem.

The singer said in court that she was forced to go on tours and sign on for a lucrative Las Vegas residency even when she was sick or didn’t want to perform. Her lawyer, Mathew Rosengart, alleged that her father has taken commissions off millions of dollars​ from her earnings, more than was allotted to the singer herself to live on. The star has said she couldn’t remove her IUD, get married or even ride in a car with her boyfriend, her sexuality under her father’s control just as Dinah’s was.

We can never know the truth of Dinah’s story. But Britney Spears is right here, and she’s telling us clearly what she needs — the freedom courts are finally granting her. Biblical times are long gone, and rabbinic writings have long since recognized women’s agency in their own lives. It’s time modern law caught up.

For the saga of Britney Spears, a dramatic Biblical precedent (and not necessarily in a good way)