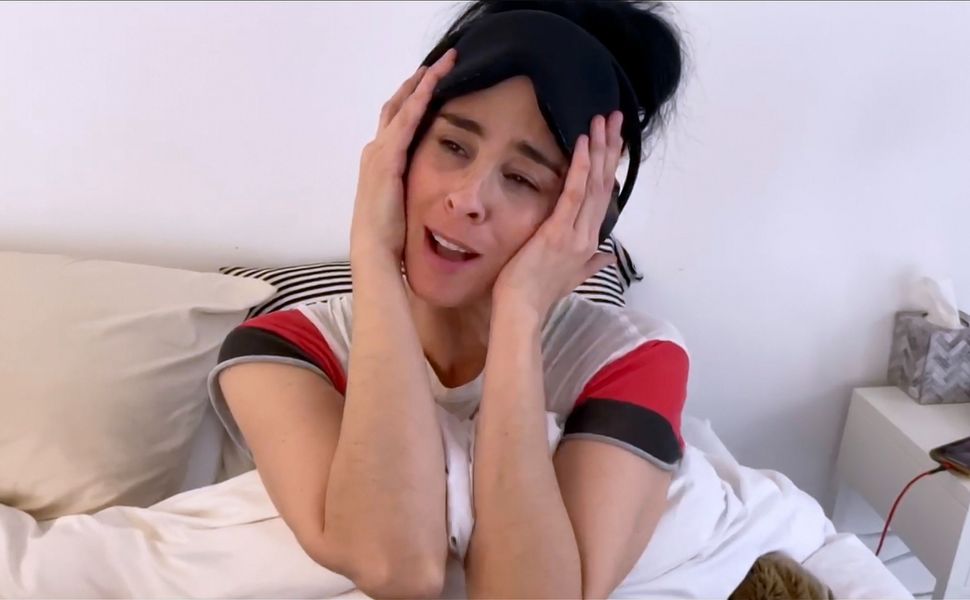 On a recent podcast, the comedian Sarah Silverman spoke at length about the trend of casting non-Jewish actors in major Jewish roles.

Despite Silverman’s professional track record of wild japes, she clearly meant every word of it. Last November, Silverman briefly introduced the same subject on the “Howard Stern Show.” This time, she cited specific cases such as Kathryn Hahn’s casting as the comic Joan Rivers in the forthcoming series “The Comeback Girl,” and Felicity Jones’s portrayal of Ruth Bader Ginsburg on the legal drama “On the Basis of Sex.”

Recently, Jane Lynch was cast as Fanny Brice’s mother in the revival of “Funny Girl” opening on Broadway next spring.

Silverman displeased some listeners by using the term Jewface, a term which, while lacking any close equivalence to Blackface or Yellowface, has acquired considerable scholarly pedigree.

The American Jewish political scientist Michael Rogin defined Jewface as coopting the Yiddishkeit of others in discussing similarly caricatural depictions of Jews in the entertainment industry. Shelley Salamensky, who teaches at UCLA, has also written about Jewface and what she calls Jewfaçade, or when non-Jews re-enact Jewish culture in Poland, Russia and elsewhere.

According to Salamensky, Jewface is a minstrel-like exaggerated performance, while Jewfaçade includes buildings and other architectural depictions of Jewish life made at sites where, decades ago, Jewish inhabitants were massacred or otherwise eliminated.

Termed “Diaspora Disneys” by Salamensky, these tourist traps range from educational to “crassly exploitative and commercial to the bizarrely confused.” None have much to do with real Jews, but all convey something about “dominant ‘host’ cultures’ anxieties over not only their roles in past persecution and genocide, but also their own present cultures, politics, and positions in the wider world today.” 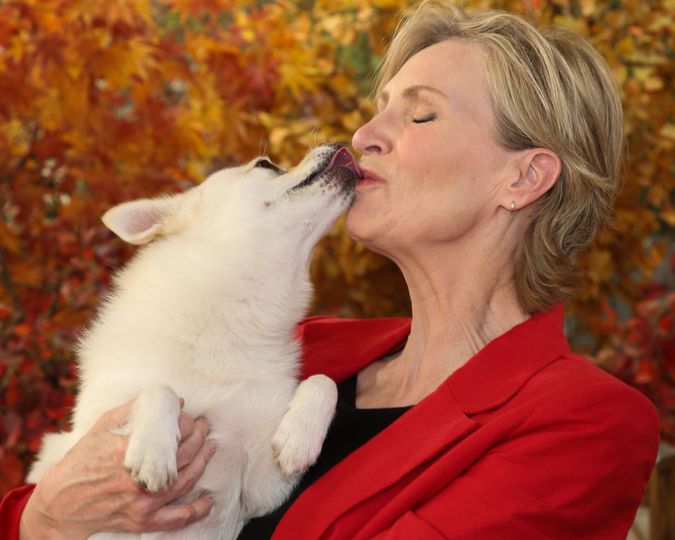 Silverman diagnosed Jewface as occurring when a role which is fundamentally about Judaism is cast with a non-Jewish actor. This notoriously occurred in a 2004 Broadway revival of “Fiddler on the Roof” marred, as critical Michael Feingold alleged, not so much by non-Jewish casting as by a stage set with an “abstract techno-placelessness that couldn’t be anyone’s home village; you could stage a Guatemalan or Korean folk musical on it with equal lack of effect.”

Unlike the exuberant Anatevka of “Fiddler,” Feingold notes, this production’s directorial approach consisted of “downgrading or defusing all positive emotions, on grounds of sentimentality, while minimizing negative expressions to avoid melodrama. The results aren’t so much ‘dark,’ to use the current catchword, as they are a dull gray.”

As a result, “Fiddler,” which has plenty of innate drama, became a curiously untheatrical exercise. Tevye, who is meant to be a folk hero, was instead portrayed as a “curt, downtrodden fellow” by the non-Jewish actor Alfred Molina.

If this oddly dreary presentation left an unhappy memory, it did not overshadow the fact that the religion of actors need not be a matter of concern if performances are wonderful. Jessica Tandy’s Daisy Werthan in “Driving Miss Daisy” (1989) or Peter Finch’s calm and plausible Jewish doctor in “Sunday, Bloody, Sunday” (1971) are examples.

An aging and weather-beaten Ingrid Bergman as Golda Meir in a 1982 TV movie was another landmark achievement. Acting on this level can be a gratifying statement of solidarity and alliance.

But mostly, producers in Hollywood and Broadway, some of them Jewish, prefer to reflect an outdated mindset. This may be a faint echo of 1950s-style Jewish male obsessions with the allure of “shiksas,” as expressed in some of the novels of Philip Roth and Isaac Bashevis Singer.

This is not about begrudging colleagues work opportunities. Instead, it is part of a larger question of Jewish representation in the performing arts. Baddiel argues more generally that among minorities, Jews are the only ones not taken seriously when they speak up for their rights.

He cited a 2019 London production of the musical “Falsettos” (1992) part of which is about planning a bar mitzvah, written by the American Jewish composer William Finn. The cast and production crew for the London show did not include a single Jew.

Some UK Jewish arts personalities, including actors Maureen Lipman and Miriam Margolyes and director Elijah Moshinsky, signed an open letter to the production company, calling for inclusion to avoid “misrepresentation, caricature and misunderstanding.”

The letter made no impact, Baddiel explained, because Jewish representation is not considered a concern in show business, where Jews are misleadingly considered to be ubiquitous already.

In addition, a once-instinctive feeling for where Jewish actors would be appropriate has now seemingly vanished. Sixty years ago, when “Funny Girl” was in the planning stages, Stephen Sondheim advised the composer Jule Style not to work with Mary Martin in the lead: “[Martin is] not Jewish. You need someone ethnic for the part.” And when producers asked Carol Burnett to star in the musical, she replied: “I’d love to do it, but what you need is a Jewish girl.”

At its worst, the current entertainment industry approach favors casting non-Jews associated with antisemitic comments in Jewish roles which, given the circumstances, require genuine chutzpah to accept. This perverse la-la land casting method is apparently based on the belief that the way to make actors look philosemitic is to cast them in Jewish roles, and an appreciative public will presumably follow along obediently. 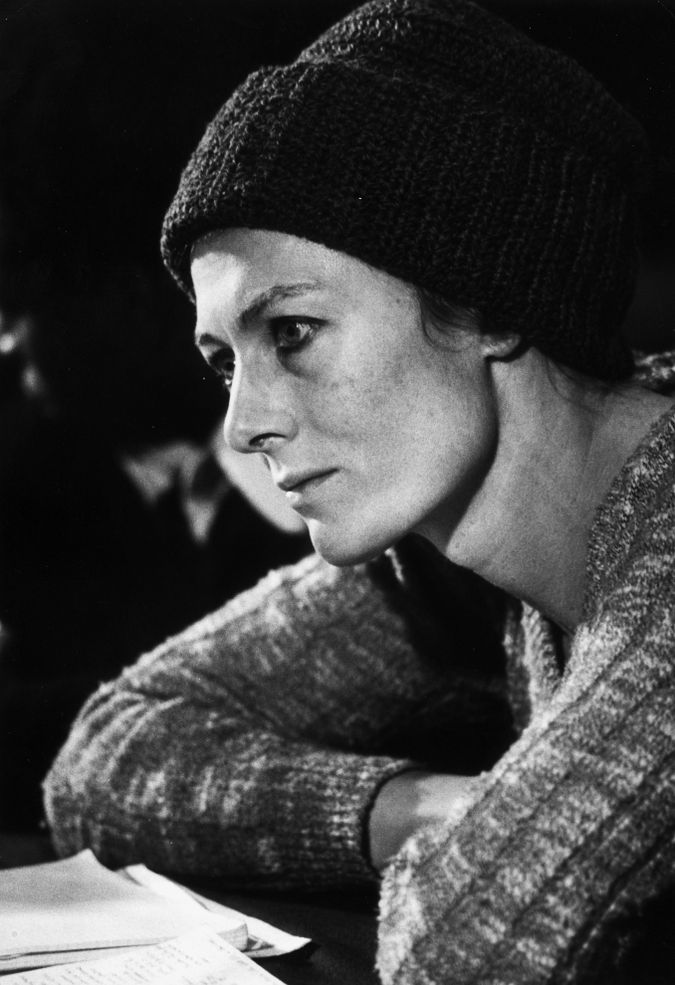 Doing Penance: Not long after Vanessa Redgrave’s 1978 Oscar acceptance speech, in which she congratulated the Academy for defying “a small bunch of Zionist hoodlums” who had criticized her producing and appearing in a PLO documentary, she was cast as a Jewish musician imprisoned in Auschwitz. By Getty Images

So, not long after Vanessa Redgrave’s 1978 Oscar acceptance speech, in which she congratulated the Academy for defying “a small bunch of Zionist hoodlums” who had criticized her producing and appearing in a PLO documentary, she was cast as a Jewish musician imprisoned in Auschwitz. “Playing for Time,” a TV movie written by Arthur Miller, was far from Miller’s finest work, but the public relations move was made.

Beyond the outcry over the choice of the undeniably talented, but miscast, Redgrave, the screenplay presented other issues with verisimilitude, according to Auschwitz survivors.

Equally troubling was the UK actor Gary Oldman, long resident in California, who in a 2014 Playboy interview defended the public antisemitic tirades of actor Mel Gibson, director of the antisemitic snuff film “The Passion of the Christ.” After all, Oldman asserted, Hollywood is a “a town that’s run by Jews.”

If a higher percentage of women, especially Jewish women, had power positions, a more representative number of Jewish women actors might be seen in positive Jewish roles that audiences are eager to see.