Sarah Silverman, let’s not use the word ‘Jewface’ 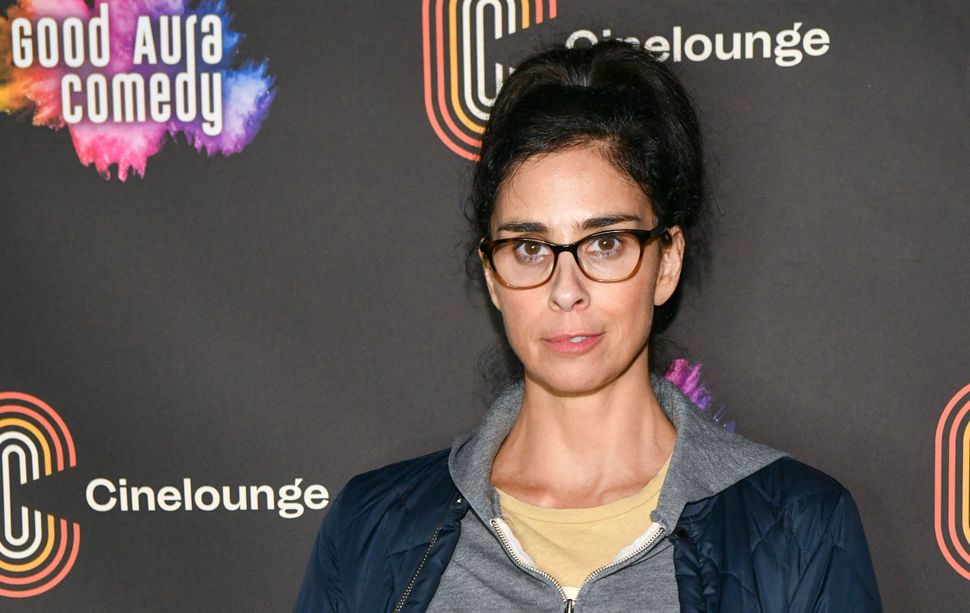 Sarah Silverman has once more weighed in on a perennial debate in the world of casting: who gets to play a Jew?

It’s a slippery question, and also the name of a parlor game a friend of mine likes to play. Per this friend’s rules, Zachary Levi, a non-Jew who changed his last name from Pugh, is absolutely not allowed to play a Member of the Tribe as often as he does. The non-Jewish Kathryn Hahn, whose casting as Joan Rivers kicked off Silverman’s latest podcast kvetch, is kosher. Or at least safe treyf.

The trickiness comes down to a manifestation of white privilege. White Jews have been allowed to play other white people — often Italians — in a way that is more or less transitive (see Robert De Niro and Harvey Keitel’s filmographies). As long as that equilibrium is maintained, the field feels pretty level. Still — and especially when it comes to opportunities for Jewish actresses — it’s uncomfortable to see Ruth Bader Ginsburg portrayed by a Christian Brit or to read profiles in which Rachel Sennott professes that her Catholic culture and Jewish culture are close enough for “Shiva Baby” work.

But should a non-Jewish actor’s performance as someone “whose Jewishness is their whole being” really be called “Jewface?”

As defined by Silverman, “Jewface” involves “makeup or changing of features, big fake nose, all the New York-y or Yiddish-y inflection.”

It’s hard for me to think of a recent instance of a “big fake nose,” with the possible exception of Tom Cruise in 2008’s “Tropic Thunder.” (The most notable false schnoz in recent years came from Steve Carell’s Oscar-nominated turn as a DuPont in 2014’s “Foxcatcher.”) But even if that were happening, calling it “Jewface” would still be wrong.

“Jewface” is clearly a riff on the practice of blackface and is nowhere near its equivalent. Blackface was a central part of minstrel entertainment of the 19th century, where white performers would paint their faces and exaggerate their lips to appear as caricatures of Black people. In entertainment it continued well into the 20th century — and 21st if you, again, count “Tropic Thunder.” It has close cousins in brownface, where white actors portray people with traditionally dark skin, and yellowface, in which performers put on makeup or stereotypical accents to play East Asians in works like “The Mikado” or “Miss Saigon” or “Breakfast at Tiffany’s.” (David Henry Hwang wrote a whole play about that last one.)

Casting Al Pacino as Roy Cohn is not on the level of Al Jolson singing “Swanee.” It’s just not. And the fact that Jolson, a Jew, made a career in blackface, indicates another major reason why we shouldn’t use the term “Jewface.” White Jews have benefited from this racist mode of performance.

In a way, Silverman is one of them. In a 2007 episode of her Comedy Central show “The Sarah Silverman Program,” the eponymous star and her Black friend, Eugene, argue about whether it’s more difficult to be Black or Jewish. Sarah paints her face Black, with large white lips. And, if I remember correctly from viewing this before it was scrubbed from the internet, Eugene just dressed like a Haredi Jew. The upshot: both agree the other has it worse because both are jeered by offended onlookers.

In 2019, Silverman distanced herself from the episode, saying she’s “horrified by it,” and lost a job on account of appearing in blackface. But its mere existence proves there’s a difference here. For one thing, some Black people are Haredi and present the way her friend Eugene did in the episode — and the fact that Eugene was harassed inadvertently speaks to the denigration Black Jews often face. No white Jew is Black, and for that reason alone white Jews should avoid terminology that diminishes the heinousness of black-, brown- and yellowface.

A quick for instance to further this distinction. In 1965, Laurence Olivier was nominated for an Academy Award for playing Othello, in blackface, and the non-Jewish Rod Steiger was up for the same award for playing Sol Nazerman, a Holocaust survivor, in “The Pawnbroker.” Only one of these films is watchable today — and it’s not the Olivier. (For those curious, Lee Marvin beat both of them for “Cat Ballou.”)

Silverman’s argument for representation can be made without the glibness of “Jewface,” which is at once falsely equivalent and imprecise. It’s not on the level of Angelina Jolie playing Marianne Pearl — which was problematic because Jolie is white and Pearl is of Afro-Chinese-Cuban descent, not because Pearl is also Jewish. Nor is this as abject a problem as the many Oscar-nominated actors playing trans women, while real trans women struggle to get cast at all, nevermind in cis roles.

“In a time when the importance of representation is seen as so essential and so front and center, why does ours constantly get breached even today in the thick of it?” Silverman asked.

I don’t know the answer. But unlike so many others, we continue to be a people fortunate enough to have our stories represented in Hollywood — and that’s more important than the Jewishness of the representative.

Sarah Silverman, let’s not use the word ‘Jewface’