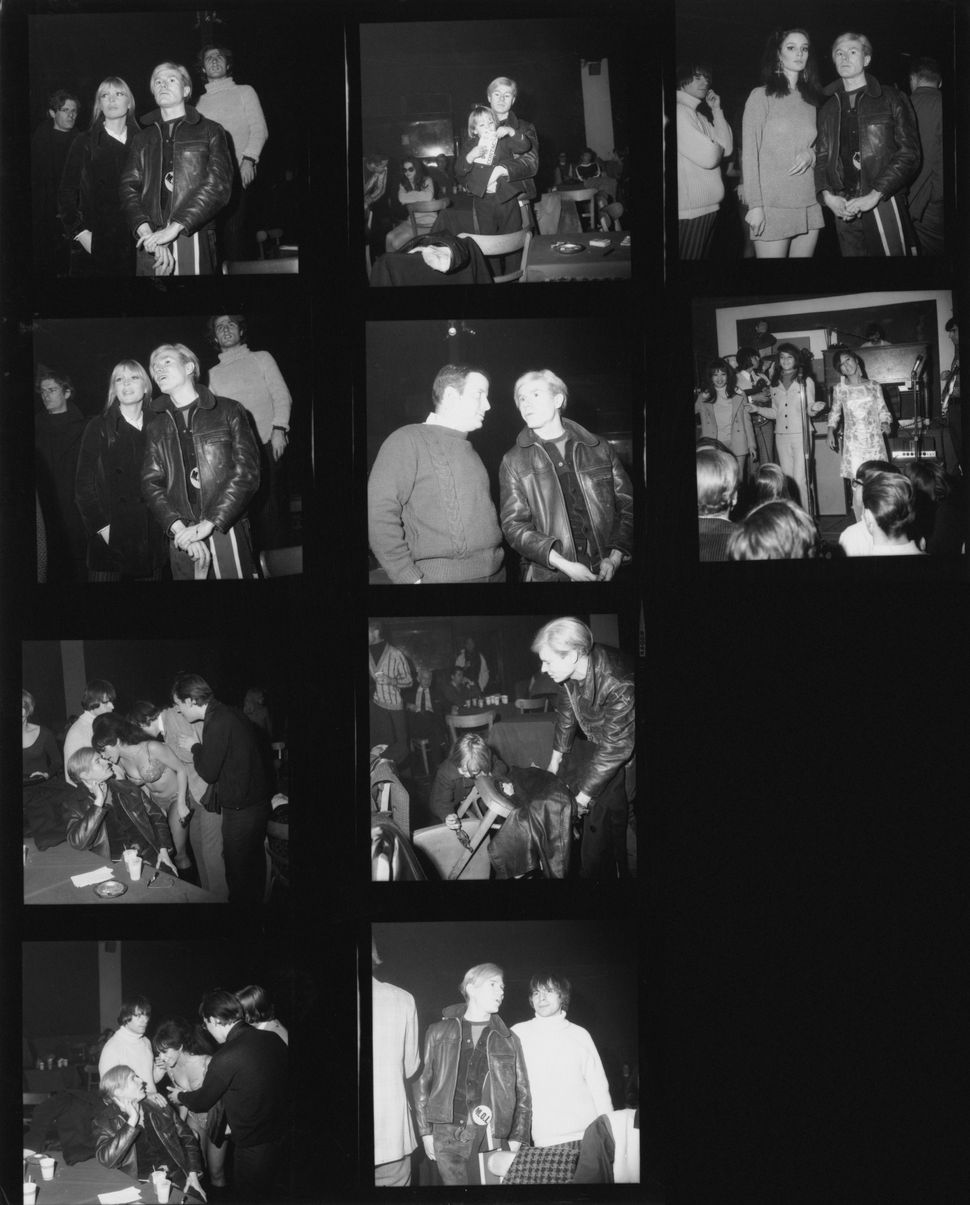 A collage of images featuring Andy Warhol and members of the Velvet Underground. By gettyimages

I doubt I’m the only one who secretly loves it when a movie begins with a seizure warning.

Fine, maybe I am, but hear me out. Most movies lack a single striking image. Visually overwhelming cinema, the kind you feel in your whole body and not just your head, is a rare thing. So when a movie declares itself overwhelming enough to send some viewers to the hospital, I’m perversely intrigued — it feels like a promise, even a boast. (I should probably clarify that I’m not in favor of people getting seizures.)

But it turns out that the potentially seizure-inducing parts of “The Velvet Underground” don’t involve the Velvet Underground at all. Instead, they show the flashing lights of the Factory, the studio-cum-performance space founded in 1962 by Andy Warhol, the band’s main patron. This is odd but telling. Some rock documentaries are basically execution-proof (it’s hard to see how, say, a movie with lots of clips of the Rolling Stones doing their thing could be altogether bad), but a Velvet Underground documentary is a problem in need of a solution. There is probably less concert footage of the Underground than there is of any other comparably famous rock band — lots of photographs and interviews, but only a few snippets of the snarling, wailing performances that prompted those photographs and interviews.

Haynes’s solution, a clever one, is to make a movie that’s not about the band so much as the thick broth of avant-garde art and film and poetry that nourished it. He makes the lack of footage seem like a bold artistic choice. Eventually, one learns about the lives of Lou Reed and John Cale, the Underground’s founders and (until Reed squeezed Cale out) rival leaders. But for the first hour, most of the attention is lavished on the Manhattan arts scene of the 50s and 60s: happenings, Beats, orgies, drones, duration, flicker, pop, Camp, and all the other glories of a downtown that had yet to be devoured by CVS and NYU.

Even later, when the documentary’s perspective shifts from panoramic to particular, the band remains slightly out-of-focus. We’re told about Reed’s Jewish suburban childhood on Long Island and the electroshock treatment his parents forced him into in the hopes of curing his homosexuality. Then we’re told — from no less a source than Reed’s sister, Merrill Reed Weiner — that the treatment had nothing to do with sexuality. As for the truth? “It’s simplistic and cartoonish,” she says, “to think there’s an easy explanation” for her brother’s behavior.

The paradox is that, because it corrects stories without replacing them with anything in particular, the documentary works as a one-stop-shop for Velvet Underground mythology: Reed’s experiments with Symbolist poetry and BDSM at Syracuse University; Cale’s early appearance on the game show “I’ve Got a Secret”; the generous, sometimes baffled mentors John Cage and Delmore Schwartz; the revelatory encounters with Andy Warhol; the addition of Nico (initially the most famous band member, thanks to her role in “La Dolce Vita,” and thus resented by Reed); the heroin; the struggles for leadership. Mythology — probably not all true but probably not all false, either — triumphs by default.

Even when dealing with eyewitnesses, the documentary maintains its aura of uncertainty. Cale, looking sanguine and bright-eyed, shows up to reminisce about the Underground, but Reed, who died in 2013, is mostly cobbled together from other people’s testimony; only in the last few minutes do we catch him speaking for himself. The documentary’s other interviewees — notably the Underground’s drummer Moe Tucker and the film critic Amy Taubin — are sometimes at a loss for words, rubbing their temples and shaking their heads as if to say, “You had to be there.”

Ordinarily, “You had to be there” are the five most irritating words in rock. But there’s nothing smug or exclusionary about this documentary’s nostalgia for the Underground and the 60s. Wisely, Haynes has refused to include interviews with music critics, youthful celebrity-disciples, or the other usual conferrers of importance, probably because he’s smart enough to know that anybody who’d watch this movie already agrees that the band was important. But his decision also suggests a sophisticated understanding of artistic importance itself: even the Underground was merely a drop in an avant-garde ocean too vast for any single person to navigate. You had to be there, yes, but nobody, not even Lou Reed or Andy Warhol, was “there” all the time.

As an introduction to its famous characters, “The Velvet Underground” is perhaps too brisk to be of much help to the uninitiated; as a history of a particular milieu, it’s a couple notches too diffuse and anecdotal. It really distinguishes itself as a study of how myths are produced and preserved, how even stern attempts at correction can end up as forms of perpetuation. More than any music I know of, The Velvet Underground’s discography gets me fantasizing about what it must have sounded like live. A few bars of “All Tomorrow’s Parties,” and already I’m imagining the wide echoey darkness, the red neon, the drone piercing through every conversation and kiss. So maybe it’s a pity there’s no concert footage. But maybe it’s for the best.