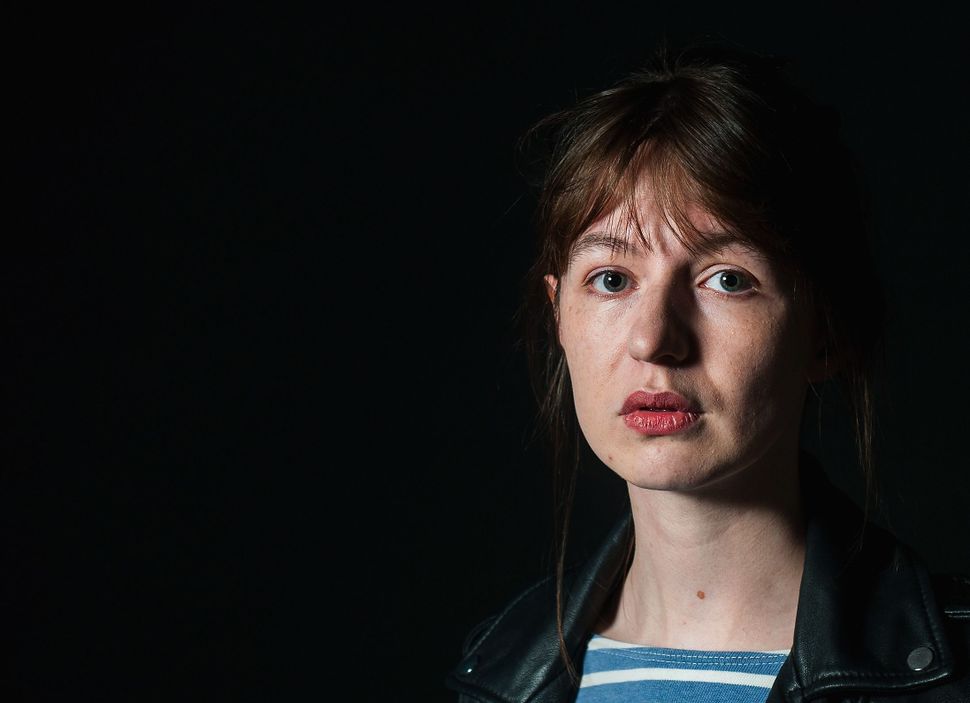 By now you’ve heard: Sally Rooney, the millennial Irish author whose three novels have launched a thousand thinkpieces, is refusing to let an Israeli publishing house translate and distribute her latest book, “Beautiful World, Where Are You.”

That choice prompted the literary brouhaha of the week, especially after Rooney, pressed on her decision, released a statement affirming her support for the Boycott, Divestment and Sanctions movement, commonly known as BDS. Everyone has an opinion, few of them surprising. Online, the chatter has been endless.

But curiously missing from the discourse has been the book itself.

What I learned: The only person to come out of this hubbub looking good is Rooney herself.

“Beautiful World, Where Are You” is an occasionally uneven but largely brilliant reflection on the question of whether, in a modern world defined by political and environmental peril, it’s possible to live a meaningful life. And the fuss over Rooney’s choice of where to let the book be published has somewhat masterfully illustrated one of its central points: That the way we have learned to exchange ideas about the world in this very online, very alarming modern world erases meaning, rather than creates it.

The conversation around Rooney’s choice is a predictable void: nearly every statement is predetermined, dropping into the ambient swirl without changing it at all. The outrage and counter-outrage have really only succeeded in proving her right.

Like Rooney’s two previous novels, “Conversations With Friends” and “Normal People,” “Beautiful World, Where Are You” is about a group of literary minded, existentially distressed young people, in this case Alice and Eileen, best friends in their late 20s, and their respective love interests, Felix and Simon. Until the group comes together late in the novel, the book is strictly structured around Alice and Eileen’s email correspondence. Alice, a famous author with more than a passing resemblance to Rooney, lives a bit, then writes to Eileen. Eileen, an editorial assistant at a Dublin literary magazine, lives a bit, then writes to Alice.

Their emails touch on their trials and joys, but mostly treat them as ancillary. What the two are really concerned with is figuring out why, on a conceptual level, their lives feel so empty, and how, in a world that appears every day to be on the brink of some new collapse, to fix that.

Might communism help? What about a morbid fixation on the collapse of past societies, and a less morbid one on the ordinary lives that persisted through that collapse? Perhaps a dose of aesthetic theory?

It’s all very fascinating — yes, even though it may sound a bit unbearable — but without the structure of Alice and Eileen’s lives to make sense of their letters, it would be quite difficult to read, perhaps even suffocating. There’s very little momentum in the correspondence itself, no sense that the ideas exchanged are having any real effect on either their authors or the world.

It’s the friction behind the duo’s intense intellectual life and their mutual, continued sense of a profound emotional void that makes the thing interesting. What it suggests: even the powerful combination of intellect, moral certainty and passion is not enough, on its own, to create a sense of real meaning in a life. There has to be something for those instincts to work toward and bounce against — some experience to grow from, or even just a willingness to grow. Otherwise, they just become a bundle of energy in a vacuum, traveling everywhere and going nowhere.

Which brings us back to the airless discourse about Rooney’s boycott of Israeli publishers. That discourse is informed, clearly and on all sides, by that same combination of responses. Most everyone has thought through their arguments, is sure they are ethically right, and obviously, vocally cares about the subject. But I think it would be hard for anyone, whether participant or observer, to claim that the conversation has changed anything about their lives, or anything about the world.

Yes, it’s a win of the day for the BDS movement, but it’s hardly likely that Rooney’s position will make serious headway where, say, a Human Rights Watch report alleging apartheid largely hasn’t. Eileen writes to Alice, early in the book, that “each day has now become a new and unique informational unit, interrupting and replacing the informational world of the day before.” In our current informational unit, Rooney’s stance is important. In tomorrow’s, it probably won’t be.

In the conflict around Rooney, as with many about Israel, the participating ideologies are so rigidly defined that there is no room for real growth or surprise or change. It’s just the kind of stagnant space that Alice and Eileen are trying, with their vague motions toward a different way of being, to edge away from. It is hard to think of an incident that could illustrate, quite so clearly or compellingly, why they feel the need to.

That need, tellingly, mirrors a need apparently felt by their author. Rooney, importantly, didn’t really try to provoke this angst, and appears fully aware that her boycott is highly unlikely to create any serious disruption. She didn’t make any kind of announcement that she was engaging in it, only publicly staking out her position when reporting uncovered her refusal to let Modan, her previous Israeli publisher, work with this book. That quiet stand of principle is the position of someone who, whether you agree or disagree with her, knows that her individual choices are effectively meaningless in the scope of the world’s great movements.

It’s noteworthy that Alice, Rooney’s in-book avatar, at one point gives over to a telling wave of fury at her public persona. “I keep encountering this person, who is myself, and I hate her with all my energy,” she writes. “I hate her ways of expressing herself, I hate her appearance, and I hate her opinions about everything.”

It’s not that Alice, or Rooney, hates that people think about her; she just hates that they think that thinking about her is worthwhile. It’s not for nothing that the introductory epigraph to “Beautiful World, Where Are You” is a quote from the Jewish Italian author Natalia Ginzburg that reads, in part, “there is one corner of my mind in which I know very well what I am, which is a small, a very small writer.”

In other words: Rooney gets what the conversation around her doesn’t, which is that every part of this saga — her boycott, the backlash, the backlash against the backlash — is a gesture of almost monumental insignificance. It’s just a means for those engaged in it, including Rooney herself, to feel some sense of control in chaos without making much or any difference at all. “I want to live differently, or if necessary to die so that other people can one day live differently,” Eileen writes to Alice. “But looking at the internet, I don’t see many ideas worth dying for.”