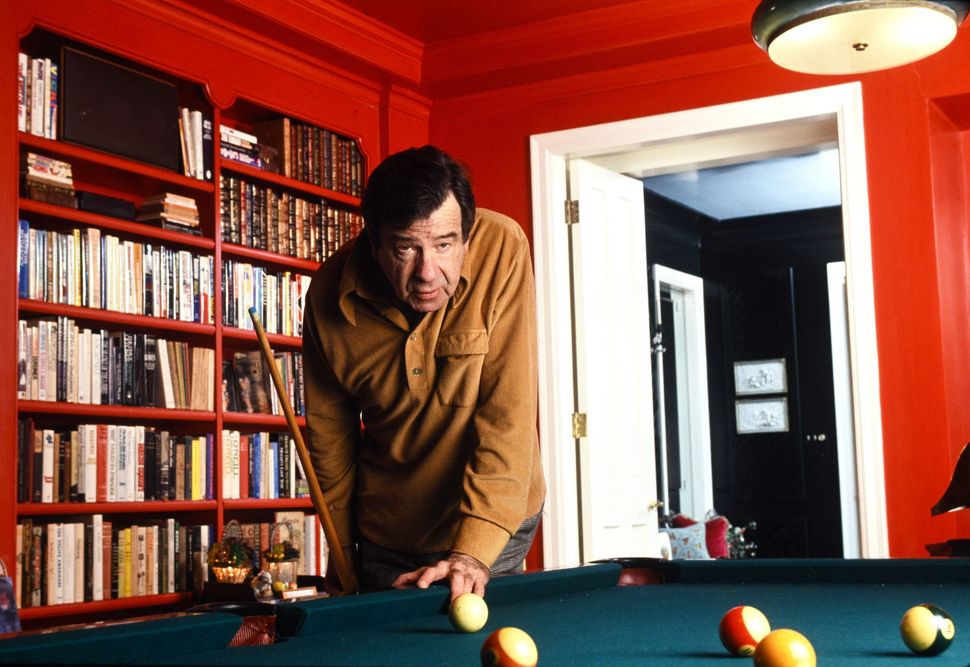 Running the Table: Walter Matthau was one of the many actors who expressed interest in playing Tevye in the 1971 film of ‘Fiddler on the Roof.’ By Getty Images

Editor’s Note: Fifty years ago, on Nov. 3, 1971, the movie adaptation of ‘Fiddler on the Roof’ premiered. In honor of that anniversary, we are publishing a series of article about the impact of ‘Fiddler’ and its legacy. You can read more of the stories here.

It’s been 50 years since the world premiere of “Fiddler on the Roof” at New York’s Rivoli Theatre on Nov. 3, 1971. By the end of that year, the film had also opened not just across the U.S. but also in Sweden, the UK, Italy, Denmark, West Germany, Finland and Japan. There have been 50 years of singalongs and screenings, and the movie’s star Chaim Topol swears that more than 1 billion people have seen the film by now.

I spent four years putting together the story, and learning about the stars and legacy of “Fiddler on the Roof” for my book “Tradition! The Highly Improbable, Ultimately Triumphant Broadway-to-Hollywood Story of ‘Fiddler on the Roof,’ the World’s Most Beloved Musical” and am still learning new things about it. Let me share here 10 favorite things that you may not know about my favorite movie. Broadway Debut: Bette Midler’s first role was Tzeitel in ‘Fiddler on the Roof.’ By Getty Images

1) Bette Midler made her Broadway debut in “Fiddler,” first as a villager, then as an understudy for eldest daughter Tzeitel and eventually as Tzeitel. According to her stage understudy Rosalind Harris, when Midler heard about auditions for Tzeitel in the film, she told Harris to “get your tush down there.” Harris did just that, and she got the part.

2) Norman Jewison, who directed the 1971 film, rejected Broadway’s Tevye, Zero Mostel, saying Mostel was “too big, too American and didn’t sound like a Russian Jew.” When word got out that the part was open, few prominent actors weren’t interested. Everybody wanted to play Tevye, including Danny Thomas, Walter Matthau, Rod Steiger, Danny Kaye and Richard Burton. 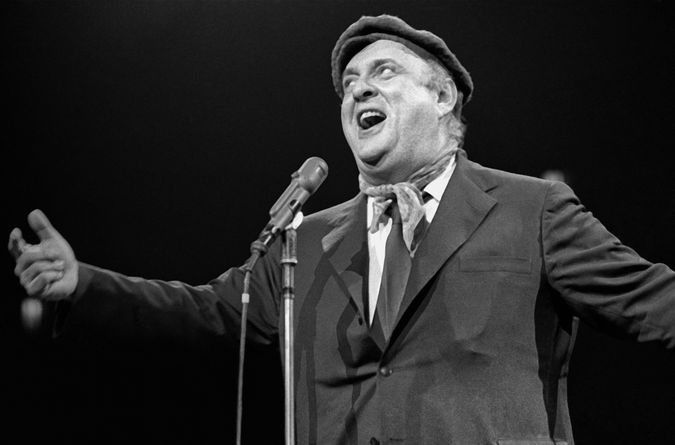 Wrong for the Movie? Director Norman Jewison thought Zero Mostel was a larger-than-life American, which wouldn’t work for the role of Tevye. By Getty Images

3) Chaim Topol, who played Tevye onstage in Tel Aviv, was in his thirties when he auditioned to play Tevye in London. But when he showed up out of costume, sun-tanned from a month in the military, nobody recognized him. So Topol called out “it’s me,” then got up onstage, sang “If I Were a Rich Man” and proved it. It was during Topol’s last week in the London production that Jewison happened to be in the audience and felt he had finally found his Tevye.

4) Topol was just 35 when they shot the movie. Every morning during filming, makeup staff stopped by Jewison’s trailer to clip some white hairs from his beard and apply them to Topol’s eyebrows.

5) To make sure Topol looked at exactly the same place during his many conversations with God, Jewison and colleagues took a stick, stuck it through a piece of white cardboard and drew a Star of David on it. Jewison explained that Topol “would look there and feel he was talking to God.”

6) While there had been snow up to Jewison’s knees when he scouted film locations a year earlier, it snowed so little in Yugoslavia during the film shoot that all the snow in the movie is marble dust. But it was often very cold anyway. Actress Molly Picon, the Yiddish theater and film star who platyed Yente the Matchmaker, wrote to a friend that to deal with the “biting cold” of her night scenes, she had to buy long johns and sweaters and “carry a little flask of whiskey.”

7) Anatevka was portrayed in the film by three separate villages near Zagreb, Yugoslavia. One village stayed as it was, another had houses augmented with wood found from the period, and in the third, the film crew built both a synagogue and a marketplace. The movie’s marketplace was apparently so realistic that a local villager came by trying to buy a horse. 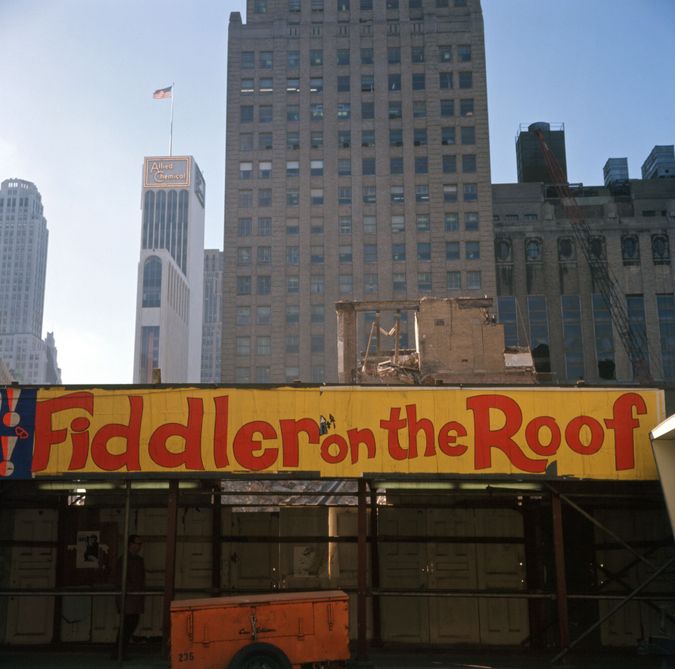 Going Up: A sign for ‘Fiddler on the Roof’ preparing for its Broadway production. By Getty Images

8) Paul Michael Glaser, who later rose to fame as detective David Starsky in the hit television series “Starsky & Hutch,” was 27 when he read his audition pages and began to worry that the revolutionary Perchik was only 17. When he met Jewison, he and Jewison agreed Glaser was too old for the part. But the director invited him to audition anyway, and after hearing him read and sending him to Hollywood for a screen test, Jewison offered Glaser the part.

9) Lyricist Sheldon Harnick and composer Jerry Bock wrote about 50 songs, from which fewer than one-third were used in the play or film. Before their Broadway director Jerome Robbins convinced the songwriters to pen “Tradition,” the show originally opened with “We’ve Never Missed a Sabbath Yet,” in which matriarch Golde and her daughters sang about preparing for the Sabbath, cleaning the house, plucking the chickens, chopping the liver and baking the challah. The showstopper “If I Were a Rich Man” replaced “That’s Life,” a lament for Tevye’s lame horse.

10) Not all the stars of “Fiddler” were onscreen. The film required new scenes that were not in the stage version, and new scenes required new music. John Williams wrote that music, including a long violin cadenza for the opening credits, which garnered the composer his very first Oscar. Jewison convinced legendary violinist Isaac Stern to play solos for the film’s rooftop fiddler, inhabited onscreen by Norwegian actor and dancer Tutte Lemkow.

Barbara Isenberg is the author of “Tradition! The Highly Improbable, Ultimately Triumphant Broadway-to-Hollywood Story of ‘Fiddler on the Roof,’ the World’s Most Beloved Musical,” on which this article is based.