Stephen Sondheim wrote the soundtrack to all our lives 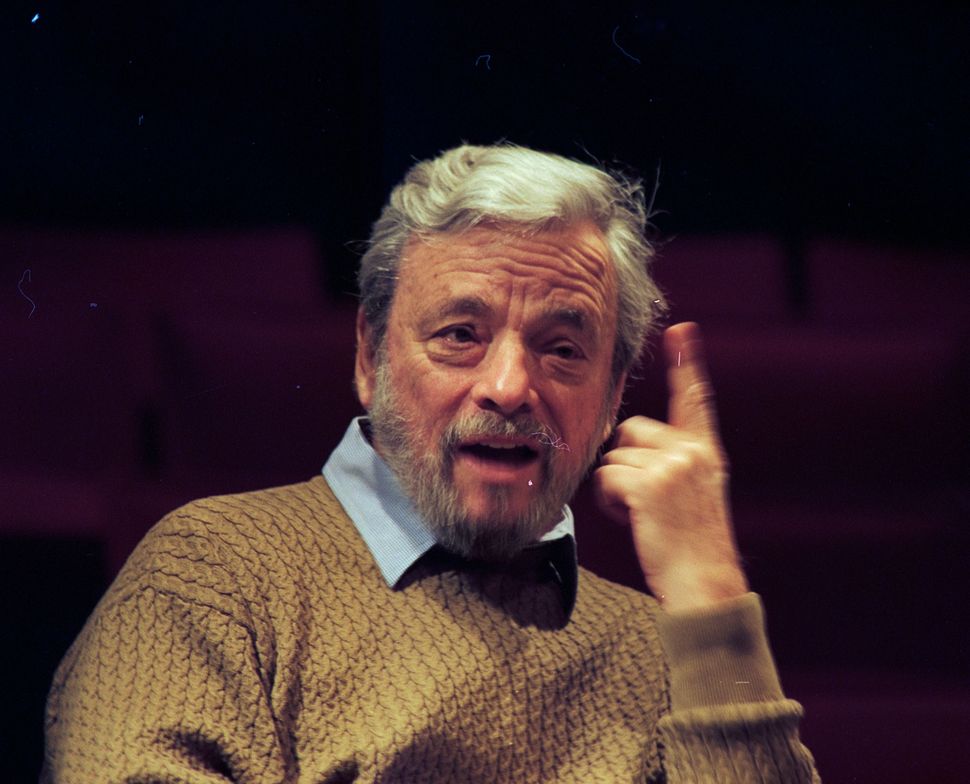 It’s a cliché to say that an artist has written the soundtrack of your life. When you think about it, every artist we grew up with — even the ones we despise — writes that soundtrack.

But when I think about Stephen Sondheim, that cliché is actually true. Every key moment of my life, I can summarize with a Sondheim lyric or a show I saw.

I am a child in my parents’ house and I’m feeling overwhelmed by the raised voices around me, wondering when it will ever be my turn to talk, and I am Henrik in “A Little Night Music” singing “Later” and having a hard time believing that later will ever become now.

I had no idea art could do that.

I am a teenager dreaming of a bigger world, one I might escape to beyond the small one in which I live and I am in my parents’ basement, blasting the LP to “Merrily We Roll Along” and singing along with “Our Time.” And I’m hoping my time comes soon.

I just started college and I have spent the little bit of extra money my father has sent me on a Metro-North ride into the city so I can see “Sunday in the Park with George” and, though I imagine myself as the artist when he sings “Finishing the Hat,” the song I can’t escape is the one Bernadette Peters sings, the one about “moving on,” the one where she tells George to look at what he wants and not just where he is. It’s the song that plays in my mind on the train ride all the way back home, dreaming of moving somewhere. Anywhere.

Another few years pass, and there’s another bit of extra money, another Metro-North ride, and another set of words and dreams that encompass all the hopes and fears I don’t yet know how to say. I am starting to learn what it means to be an adult and yet I still feel like Jack looking up at that great beanstalk and like Little Red coming face to face with the wolf and realizing how many valuable things I know now that I never knew before, and maybe never wanted to know.

At a certain point, new Sondheim shows become less frequent and the ones that do appear — “Assassins” and “Passion,” for example — are harder for me to relate to. But by now, there’s a whole body of work filled with moments that encapsulate each key moment of adulthood the way Sondheim’s work embodied my youth.

I move to a new city full of strangers and, on the subway, my mind has “Another Hundred People” on continuous repeat. In moments of doubt, I think of that song from “Road Show,” the one about the man who has no talent other than recognizing others’ talent. I fall in love and there’s “One Hand, One Heart.” And “Not a Day Goes By.” I become a dad and there’s a time when I don’t think any song can sum up that experience better than “Children Will Listen.”

I learn that someone I cared deeply for has died. For me, whenever that happens, I think only of my mother and the way she sings a song from “A Little Night Music” when she gets bad news — “Every Day a Little Death.”

And then, there are the songs that have nothing to do with my life but make me feel what it must be like to live someone else’s — to be a mother poisoning her son, the Shogun, or a demon barber wreaking revenge on all those who’ve wronged him. And the one song that meant so much to me that I actually wrote to Sondheim directly asking what inspired him to write it.

A week later, a response arrived from the man himself — typewritten on his personal stationery because he was old school and responded to every letter he received. He was that kind of guy.

How do you mark the passing of an artist whose work was so full of life and all of its complexities? For, even as I sit here mourning the death of the man who wrote the soundtrack of our lives, all I can think of is how his work taught me all the joys of “Being Alive.”

Stephen Sondheim wrote the soundtrack to all our lives