Why did Sarah Silverman and Seth Rogen make a Christmas show — and why is it so bad? 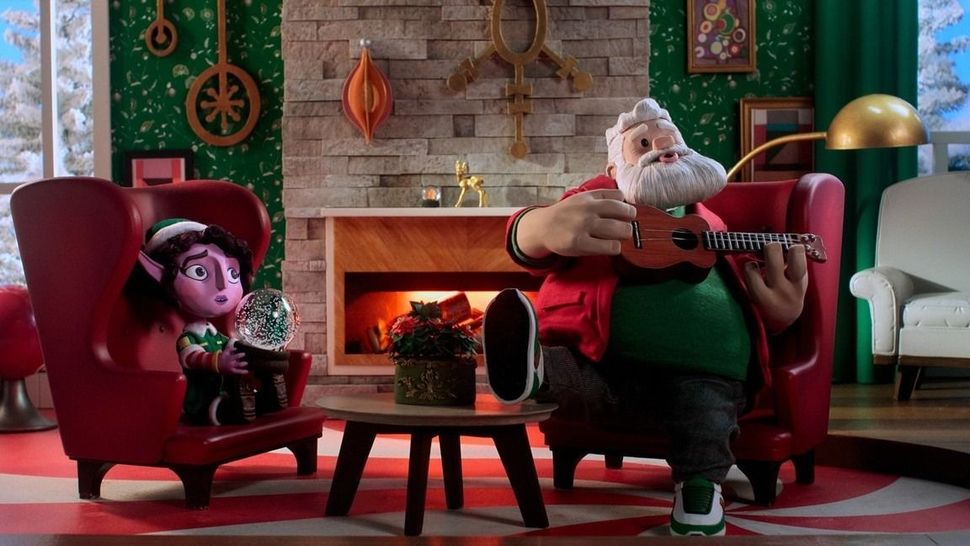 Candy and Santa in “Santa Inc.” Image by HBOMax

What if Santa was a Jewish woman? That’s a question no one ever asked until “Santa, Inc.,” a new stop-animation show on HBOMax starring Seth Rogen as Santa and Sarah Silverman as an elf named Candy Smalls.

Of course, no one really needed to ask that question. And even “Santa Inc.” barely addresses it — the show is more concerned with unnecessary raunchy humor and claymation nudity while cramming in a truly impressive number of Holocaust jokes.

The plot is a bit hard to follow, thanks to the copious secondary storylines about casual sexual harassment and drugs and more sexual harassment, but it follows the goings-on at Santa Inc., the corporation that runs Christmas, which is staffed by reindeer and gingerbread men and anthropomorphized ornaments. Candy, Silverman’s character, is campaigning to be the next Santa. (One of the show’s more clever conceits is that each holiday is a competing company; at one point, Easter tries to poach Candy.)

Much of the show seems to be trying to highlight the toxic masculinity and workplace culture that characterizes many large corporations, and Candy becomes part of the very structure she dreams of reforming; she constantly flip-flops between truly wanting to make Christmas a better, fairer company and being completely cutthroat in her attempts to succeed. The political messages are pretty heavy-handed, with a Greek chorus of Candy’s best friends — Cookie, a cookie, and Goldie, a reindeer — frequently chiming in to say that Candy is becoming a bad friend and a bad person as she climbs the corporate ladder, while also complaining about the company’s bad maternity leave policies and sexism.

The more interesting question about the show is why it exists, and why it stars Seth Rogen and Sarah Silverman, two of the most visibly Jewish actors in Hollywood today. Silverman, in particular, recently accused Hollywood of “Jewface” and took on issues of Jewish representation in her podcast, taking the industry to task for always casting Jews as hokey sidekicks. You might think that this Christmas series made by two famous Jews would have some greater message about antisemitism or Christianity’s hegemony in the U.S. But instead Silverman, too, has reduced Jewishness to a handful of hackneyed stereotypes in “Santa, Inc.”

Candy’s Judaism is, at best, an afterthought; she would be the first Jewish Santa, which is great for the company’s optics. But there’s no discussion of Candy perhaps feeling conflicted about working for Santa Inc. as a Jew; Hanukkah isn’t even one of the competing holiday companies.

Instead, Jewishness manifests only through the sort of lazy coding we’re used to seeing — jokes about Candy’s overbearing and crass mother, a couple wisecracks about eating treyf food, the Holocaust jokes. I was surprised there wasn’t a line about big noses. The most overtly Jewish moment is a cameo from a dreidel-shaped Jerusalem correspondent named “Rivka Spinster,” which feels derogatory even though they probably just meant to pun on the fact that dreidels spin — but hey, why not both?

Despite these lazy references, Rogen and Silverman seem to be trying to emphasize the show’s Jewishness. A promotional clip posted to Silverman’s Instagram jokes about how most Christmas carols were written by Jews. Rogen has made headlines by claiming that the show’s poor ratings were caused by white supremacists leaving antisemitism-fueled reviews. But, while reading through the reviews does surface some histrionic comments about a woke, Jewish war on Christmas, the majority complain about the crude jokes and unimaginative writing.

“It feels like the writers thought if you throw a swear in a sentence it makes that sentence a joke,” wrote one commenter.

Maybe “Santa Inc.” is just a crass animated comedy that’s more about gratuitous dick jokes than anything else. And that would be fine — not really my taste, but Rogen’s similarly-toned “Sausage Party” did well. But if they’re going to rope in the Jewish community at large, and cry antisemitism because of the show’s bad reviews, it becomes my issue. Rogen and Silverman should have left us out of it.

Why did Sarah Silverman and Seth Rogen make a Christmas show — and why is it so bad?