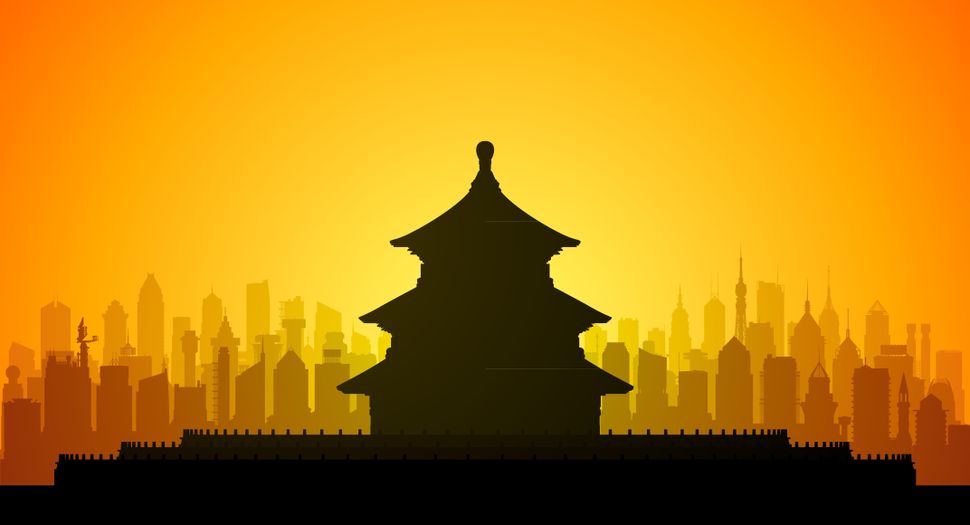 A Pagoda against a yellow-orange sky By iStock

On the eve of Steven Spielberg’s 75th birthday, consensus holds that he is America’s most beloved director, its leading exponent of prestige drama and its premier purveyor of popcorn entertainment. I’m with the majority on this one.

That wasn’t the case back in 1987. Then a lad of 41, Spielberg was widely dismissed by critics like me. The self-appointed defenders of mature cinema, we regarded him as a Peter Pan, a manchild who infantilized the American moviegoer with films like “Indiana Jones,” tailor-made for those who likewise didn’t want to mature. It took a Thanksgiving preview screening of “Empire of the Sun” — a film about a boy forced by war to grow up before his time, and now one of my favorites — to change the way I viewed Spielberg.

I walked into the screening with a grudge. Was this going to be another Spielberg movie privileging a young person’s perspective over an adult one? Don’t get me wrong: I loved “Close Encounters of the Third Kind” and “E.T.” Yet the tremendous box-office success of Spielberg flicks like “Raiders of the Lost Ark” and “Indiana Jones and the Temple of Doom” triggered a tsunami of copycat movies in which men dominate worlds largely devoid of women. In the 1980s, the decade when these movies came out, the share of female Hollywood leads dwindled to a pitiful 29%, a statistic that still infuriates me. 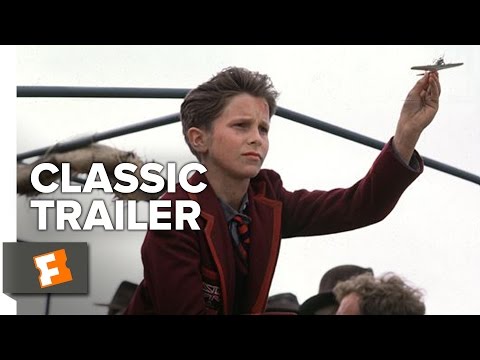 “Empire” is no “Indiana Jones.” The story of a British boy whose childhood in colonial Shanghai is abruptly curtailed by the onset of World War II, it’s based on an autobiographical novel of the same name by J.G. Ballard. Spielberg was 40 when he committed to producing the screenplay adaptation Tom Stoppard wrote for David Lean, then 79. When Lean couldn’t rise to the challenge of a location shoot in China, Spielberg assumed directorial reins.

The film follows its protagonist, Jamie Graham, through World War II, focusing on his alternately hellish and liberating experiences at Lunghua, a Japanese internment camp for Americans and Europeans. One of Spielberg’s favorite narrative tropes, established in films like “Jaws” and “Close Encounters,” is the story of a man who “discovers things through the child in him.” “Empire” allowed him to tell a different kind of story, depicting the grown-up world from a boy’s point of view.

From the start, “Empire” teems with intimations of the death of childhood. In the opening scene, we see floral wreaths and coffins floating in the sludge of Shanghai’s Huangpu River. Meanwhile, a boys’ choir sings the haunting Welsh lullaby, Suo Gan. The camera travels from the coffins to the chapel of a posh elementary school, where we hear Jamie’s soaring solo — and see his yawning boredom in the stanzas where the choir takes over.

This choirboy is no angel. A self-centered kid of the International Settlement (a British and American enclave in Shanghai), he’s cosseted by amahs, chefs and chauffeurs and tooling around Shanghai in a gleaming, lapis-blue Packard. He lives in a resplendent Tudor-style manor with a lustrous piano and dining room table polished like a mirror to reflect his shining hazel eyes.

Above all, Jamie is an ardent admirer of Japanese aviators and their aircraft. Over his bed hangs a fleet of model planes; he carries a balsa-wood model of the Zero, a Japanese warplane, everywhere. At a Christmas costume party in 1941, he launches it to soar over the host’s yard, crashing near the perimeter. On his way to retrieve it, instead finds the scorched carcass of a very real airplane and (cue the choral music) lifts himself into its cockpit, where he plays with the controls and pretends he’s in a dogfight. Climbing a nearby ridge, he’s astonished to see a detachment of Japanese fighter pilots counting down the occupation of the International Settlement.

Days later, as the Japanese military bombs the city, Jamie is separated from his parents during a chaotic evacuation. Unsure what to do, he returns to his house, raiding the cupboards and icebox to keep himself going. He rides his bicycle on the oriental rugs to let off steam. When the tap water runs dry, Jamie returns to Shanghai, hoping to surrender to the Japanese. Instead, he meets American adventurers Basie (John Malkovich) and Frank (Joe Pantoliano) who rechristen him “Jim” before they are rounded up and taken to Lunghua. Once there, Jamie slips into the role of Oliver Twist to Basie’s Fagin. As an unofficial procurement officer, he steals soap from the Japanese, barters for cigarettes, and even trades a pair of shoes from a dead prisoner for a head of cabbage.

At Lunghua, Jamie’s nervous energy — sometimes bordering on mania — fuels the film. Zipping between the English and American dormitories and the Japanese officers’s headquarters, he scouts for material necessities and, in the absence of his parents, paternal surrogates. There is the piratic Basie who, without Jamie’s knowledge, uses him as a guinea pig to see if there are land mines outside the camp. And there is the righteous English physician Dr. Rawlins (Nigel Havers) who teaches Jamie CPR and drills him in Latin. While Jamie will reject Basie, he unknowingly internalizes the doctor’s compassion. He also finds a substitute for his mother: Mrs. Rivers (Miranda Richardson), who awakens his nascent erotic feelings.

The movie’s success hinges on the performance of Christian Bale, whom Spielberg chose to play Jamie after auditioning 4,000 child actors. Just 13 when production began, he gives a performance of rare emotional urgency. Typically, Spielberg deploys his signature tropes of slack-jawed awe, celestial light and low-angle shots to make his characters seem larger-than-life.

There is some of that here. But as Bale plays him, Jamie is always human-scale. Unlike most child actors, he is neither cute nor charming, just a boy wearing oversize men’s clothes (which make him seem even smaller), trying to keep busy so he doesn’t have to think about whether his parents are alive or whether the adults are telling him the truth. Spielberg almost always frames him as a boy among the grown-ups. He’s a boy who instinctively trusts adults but, one by one, loses trust in them or loses those he trusts. The result is perhaps the greatest performance by a child actor in the history of movies, a testament to the empathy of both filmmaker and fledgling performer.

Towards the end of the war, Jamie finds himself in a stadium filled with the booty from the International Settlement. There, near objects that may have belonged to his family, he nurses the ailing Mrs. Rivers in her final hours, finally realizing that people are more important than possessions. When she dies in his arms, Jamie sees a cosmic flash on the horizon. To him, it looks like a literal representation of Mrs. Rivers’ soul ascending to heaven; but later, he learns that what he saw was the atomic bomb dropping on Nagasaki. By the film’s denouement, the end of childhood is no longer a veiled insinuation but a stark reality. When Jamie reunites with his parents at the end of the war, they don’t initially recognize him. How could they? His eyes are two snuffed candles. He’s an entirely different person.

1987 was a big year for films about boyhood during WWII: Besides “Empire,” there was Louis Malle’s “Au Revoir, Les Enfants,” John Boorman’s “Hope and Glory,” and Bernardo Bertolucci’s “The Last Emperor.” Malle (born 1932), Boorman (born 1933) and Bertolucci (born 1941) each experienced World War II. Malle’s and Boorman’s films were memoirs, Bertolucci’s a profile and critique of the boy emperor who lived in luxury as his countrymen starved, was overthrown by the 1912 revolution and re-educated by the Communist government after the war. These three other films were written and directed by men who lived through their events. Spielberg, born in 1946, had no experience of the war in which his father fought.

I think of these latter three as pretty good movies. I think of “Empire” all the time.

Carrie Rickey, who previously wrote about Elaine May for The Forward, is writing a biography of French filmmaker Agnes Varda.