6 decades of Bob Dylan’s art on exhibit in Miami 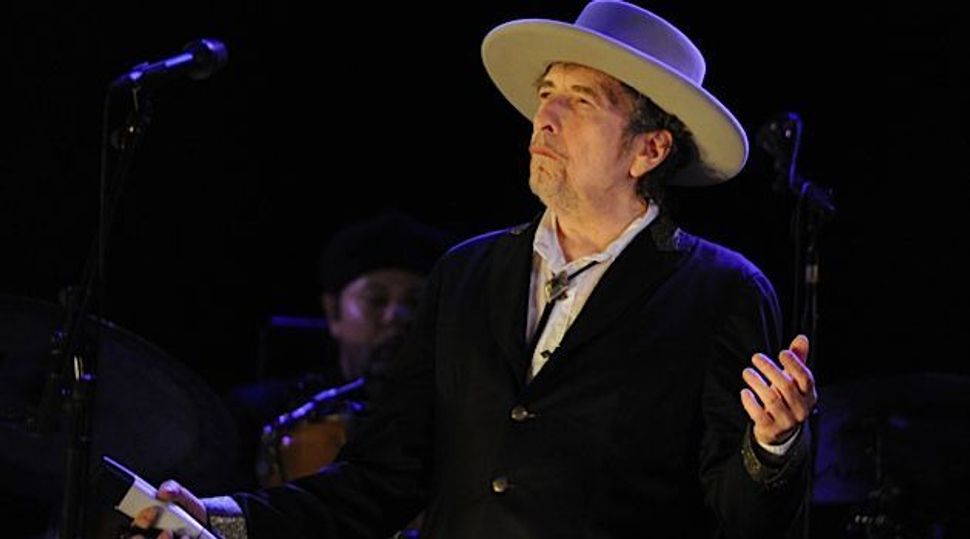 Bob Dylan may be famous for songs like “Blowin’ in the Wind” and “Like a Rolling Stone” — but the Nobel laureate has never been content to just write, sing and play his guitar. In addition to selling whiskey, making movies and once even starring in a Victoria’s Secret commercial, the ever-shapeshifting artist has also made paintings, collages and sculptures. More than 180 of these pieces are now on display at a new exhibition at Miami’s Patricia & Phillip Frost Art Museum, along with handwritten song lyrics and archival pieces. 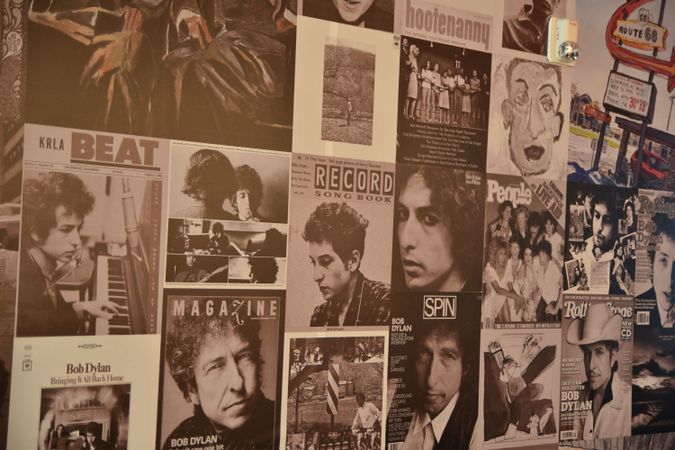 Magazine covers, album covers, photos and other pieces demonstrate a wide range of the artist’s identities and interests over his decades-long career Courtesy of Frost Art Museum

The exhibition — titled “Retrospectrum” — includes 40 never-before-exhibited pieces that the 80-year-old artist created in 2020 and 2021. This series, “Deep Focus,” features cinematic paintings of natural landscapes and big-city scenes, among other subjects.

Three acrylic paintings from 2020 included in the exhibition highlight urban outdoor scenes. One features a subway train against a New York City skyline, another shows a Black woman sitting on a chair with her arms folded on a sidewalk on a street called Emmet Street, and one shows a man dressed in cold weather gear stopping to smoke on a hilly street lined with parked cars. It should be noted, though, that Dylan has been accused of copying his paintings directly from photographs. His train painting has been said to bear a striking similarity to a particular stock photo. 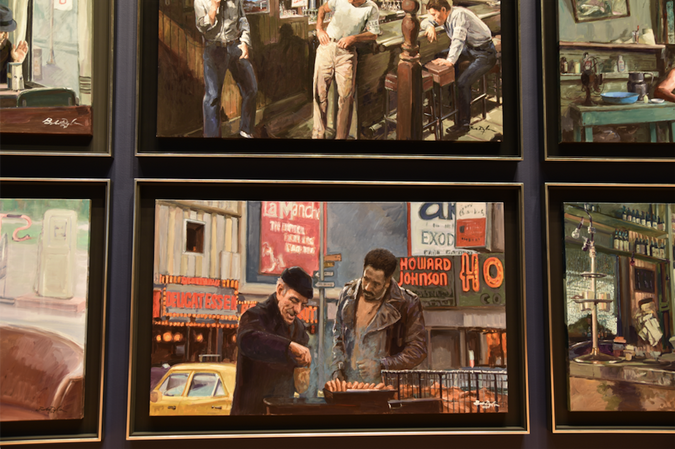 A painting from “Deep Focus.” Courtesy of Frost Art Museum 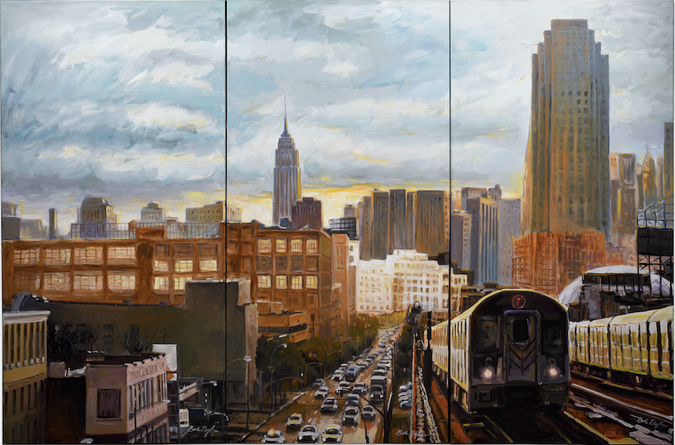 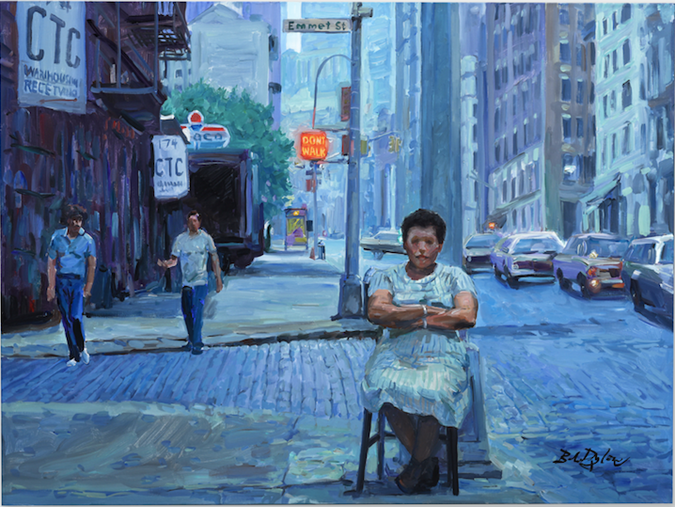 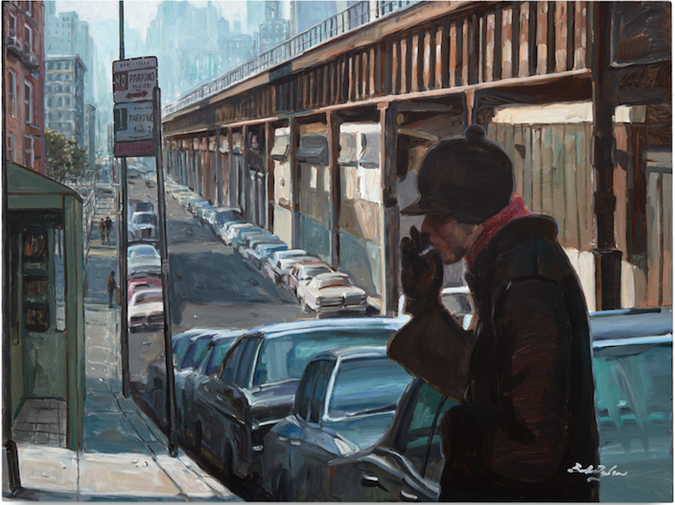 Music fans who visit the exhibition may be pleased to find many references to Dylan’s songs.

In his 2018 book “Mondo Scripto,” for example, he included 12 years of pencil drawings alongside handwritten copies of some of his most iconic song lyrics.The Frost Art exhibition includes some of these pairs, including the lyrics for his epoch-making 1965 song “Like a Rolling Stone,” accompanied by a sketch of a man dressed like a 19th-century equestrian. 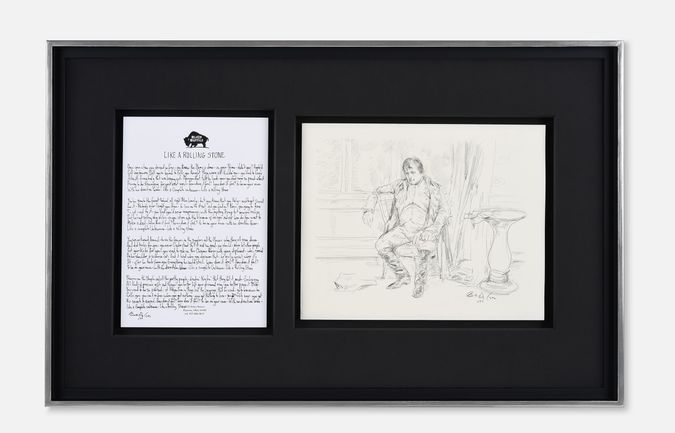 “Like a Rolling Stone,” the lyrics and the sketch. Courtesy of Frost Art Museum 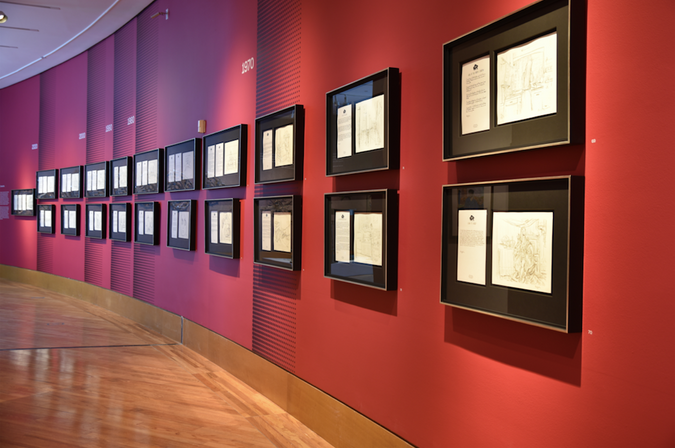 Also featured are the cue cards Dylan used in the 1965 music video for “Subterranean Homesick Blues,” and the video plays on loop.

The exhibition includes sculptures, too.

“I was born and raised in iron ore country,” Dylan is quoted as saying on a wall at the museum, referring to his upbringing in Minnesota, which provides most of the iron ore mined in the U.S. The exhibition showcases the significance of this metal to Dylan through a series of his iron sculptures, which include gears, chains, blades, and in one case even eyeballs. 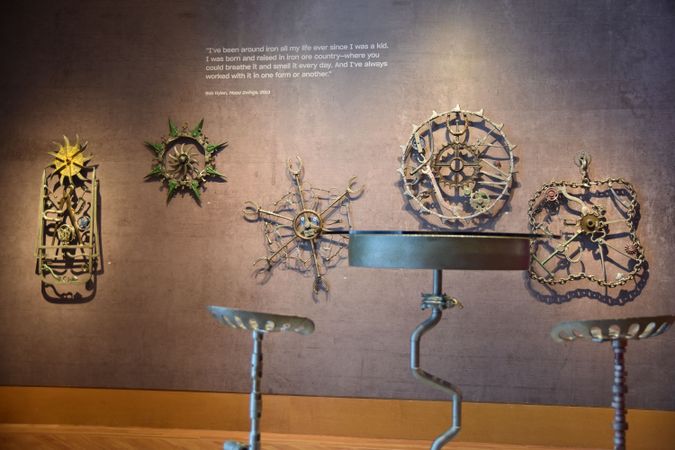 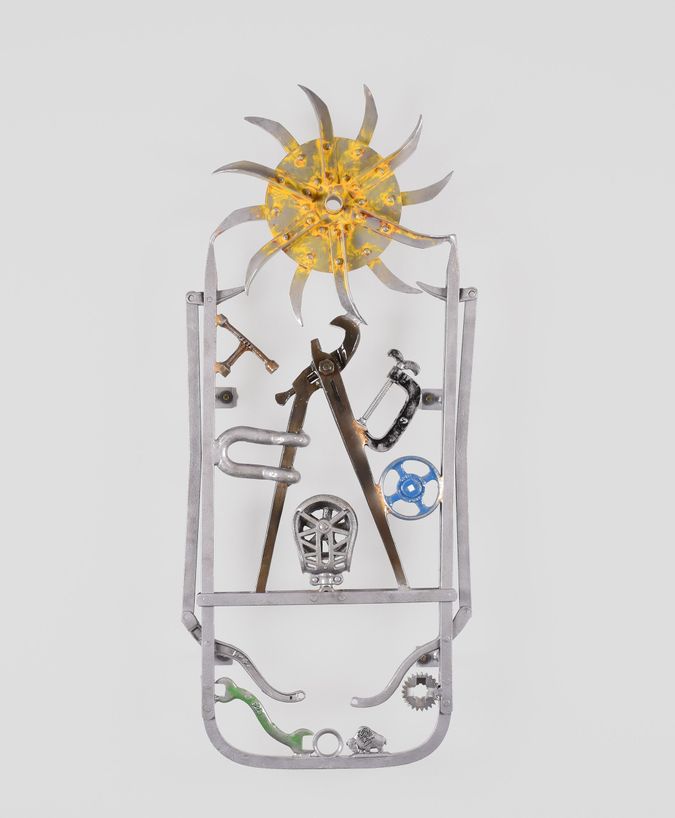 The exhibition will be on view in Florida until April 17. Timed tickets cost $16, with discounts and free tickets available for members of select groups.

6 decades of Bob Dylan’s art on exhibit in Miami