The Jewish mentor Sidney Poitier never got to thank 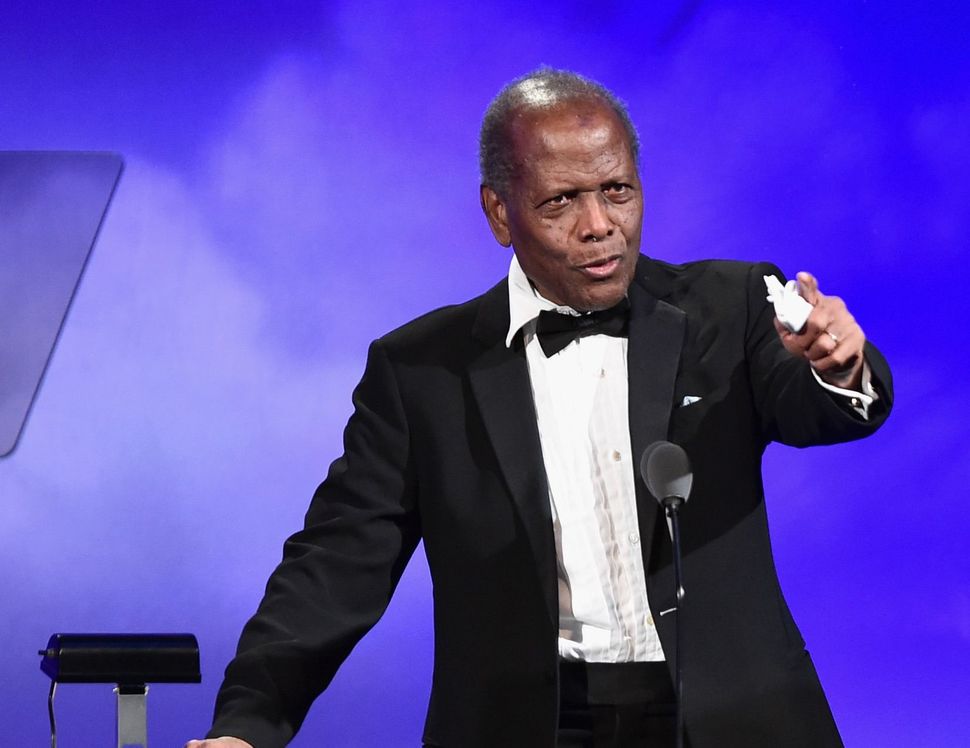 When Poitier was a newly-arrived Bahamian in Queens, N.Y., washing dishes at a restaurant, and hoping to make it as an actor, he would bring newspapers to his shifts. Poitier, who would soon need to memorize scripts, was still learning how to read.

“I sit there, and I’m reading one of the papers,” Poitier recalled on an episode of the podcast “What it Takes.” “And there was a Jewish waiter sitting at the table, elderly man, and he saw me there. He got up, and he walked over, and he stood by the table that’s next to the kitchen, and he said, ‘Hi. What’s new in the papers?’ And I said to him, ‘I can’t tell you what’s new in the papers because I don’t read very well. I didn’t have very much of an education.’”

The waiter, whom Poitier also spoke of in interviews with Oprah and on “60 Minutes” and mentioned in award acceptance speeches, offered to read with him.

“Every night after that he would come over and sit with me, and he would teach me what a comma is and why it exists, what periods are, what colons are, what dashes are,” Poitier continued. “He would teach me that there are syllables and how to differentiate them in a single word and consequently, learn how to pronounce them. Every night.

“One of my great regrets in life is that I went on to be a very successful actor, and one day I tried to find him, but it was too late, and I regret that I never had the opportunity to really thank him.”

The Jewish mentor Sidney Poitier never got to thank