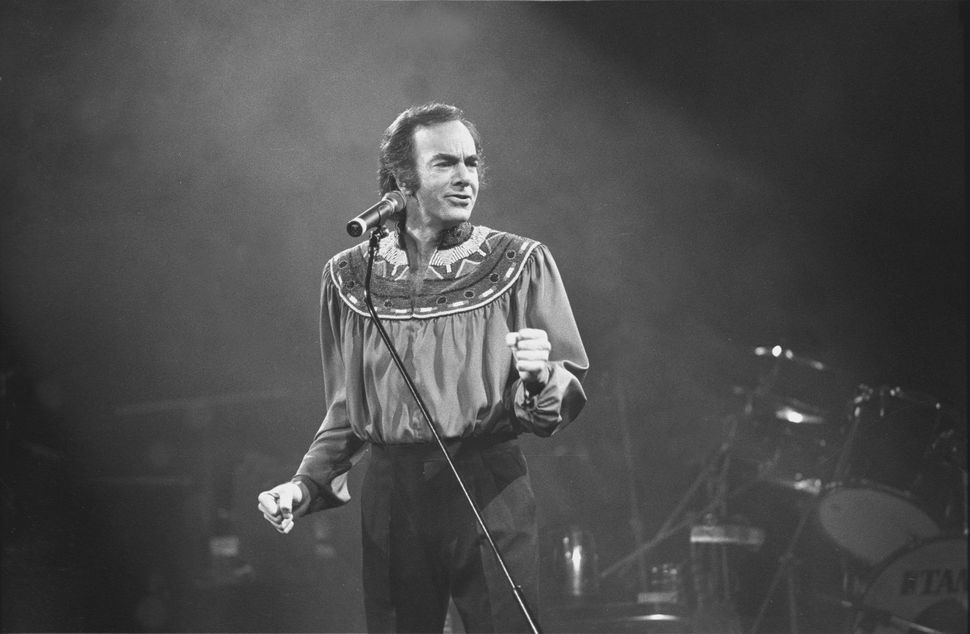 “Velvet Gloves and Spit,” Neil Diamond’s third album, generally gets a bad rap, thanks to its cringeworthy title and its even-more-cringeworthy inclusion of “The Pot Smoker’s Song” — an anti-drug ditty whose inane singalong chorus, clumsy attempts at social commentary and “marijuana made me shoot acid into my spine” testimonial soundbites all added up to what was easily the least-hip rock song of 1968.

Which is a real shame, because “Velvet Gloves and Spit” — aside from containing the underrated Diamond gems, “Two-Bit Manchild” and “Sunday Sun” — also features “Brooklyn Roads,” one of the best and most personal songs Diamond ever wrote.

A cinematic flashback to the singer’s Brooklyn childhood, “Brooklyn Roads” begins as a simple exercise in nostalgia; if he closes his eyes, Neil can still hear his mother calling him and his brother in for supper, feel the sandpapery scratch of his father’s five o’clock shadow on his face during an affectionate welcome-home hug and smell the cooking odors that heavily permeate the hallway of the humble Brooklyn tenement where his family lives in an apartment “two floors above the butcher / First door on the right.”

He can still picture the view from his bedroom window, which looks out onto the hustle and bustle of working-class Brooklyn, and reconnect with those warm feelings of happiness, security and wonder that he instinctively associates with his childhood.

But in the song’s second verse, nostalgia gives way to still-painful memories of his mother being called in to school to discuss her son’s failures. “He’s got a good head if he’d apply it,” the teacher insists, as tears of shame stream down young Neil’s face. “But you know yourself / It’s always somewhere else.” They’ve clearly been through this before, and neither the public school system nor his achievement-oriented Jewish immigrant parents have any idea how to motivate a creative, introspective kid to live up to his academic potential.

At this point, the view from his bedroom window becomes a refuge from the pressures of school and his parents and a world he no longer seems to fit into. Instead of picturing himself amid the cars and pedestrians below, he spends his time at the window conjuring up escapist fantasies of castles, dragons and knights in shining armor. This vibrant Brooklyn neighborhood may be his home, but Neil already knows on a core level that he’s going to have to leave it.

And leave he does; by the song’s third verse, he’s back in the present day, and those old Brooklyn roads are now geographically and psychologically far away. He feels some lingering guilt over leaving the old neighborhood and ponders returning for an in-person stroll down memory lane, but fears that it might reopen all the old emotional wounds this Solitary Man still carries with him. Besides, he’s pretty sure that everyone else he once knew there has also left by now, presumably for greener, warmer, more upscale pastures.

Still, he can’t help but wonder: Is our old tenement building still standing? And if it is, is there another young kid — maybe Jewish, maybe (due to shifting demographics) not — now sleeping in Neil’s old bedroom? And does he get lost in the same kind of daydreams that Neil did, while looking out that same window at those same Brooklyn roads below?

Though it only reached #58 on the Billboard singles chart, “Brooklyn Roads” represented a major artistic leap forward for Diamond; instead of relying upon the three-chord bounce and lovestruck lyrics that had characterized the bulk of his hits up to this point, the song was moody, measured and evocative, delivered with the sort of sensitivity, confidence and angst-driven drama that would mark his finest work over the next decade.